Paul received his undergraduate degree at the University of Illinois at Urbana-Champaign, majoring in Speech Communication and Political Science. He received his law degree from the University of Illinois College of Law. He is admitted to practice in Illinois and the U.S. District Court for the Northern District of Illinois and is a member of the Federal Trial Bar. He is a member of the Illinois State Bar Association and the Chicago Bar Association. As a musician, Paul also provides legal and consulting support as part of his Entertainment Law practice.

In October 2012, the Law Bulletin Publishing Company named Paul A. Farahvar to its annual “40 Under 40” list of 40 outstanding young Illinois lawyers. 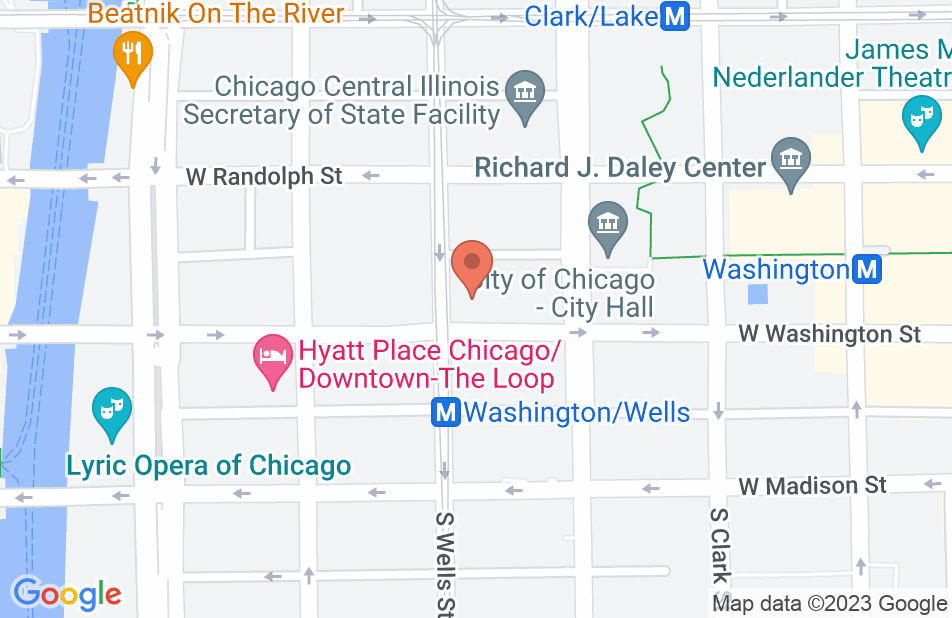 My case was for an injury case

Paul did an excellent job in the settlement. Yes, I would refer him to others. He is an excellent attorney.
This review is from a person who hired this attorney.
Hired attorney

I have started two companies and written one book (with a trademarked name). Paul has helped me with all of them. He has been amazing to work with and he always, always takes the time to explain everything to me so I'm totally in the loop. I trust him to always cover me and to think of all the unseens that could come up in the future. I have recommended Paul to many friends and family members because I know they will be in good hands. He is a A+ attorney.
This review is from a person who hired this attorney.
Hired attorney

I was in great need of corporate advise and litigation regarding a vendors actions. I contacted Paul Farahvar and he did an outstanding job with settling the dispute I had with the individuals at the corporation. I was very impressed with his service. I will definitely use his services again when the time comes.
This review is from a person who hired this attorney.
Hired attorney

Paul and his associate did a fantastic job representing myself and 2 colleagues in a spurious lawsuit. My occupation does not tend to elicit sympathy from a jury pool, but Paul and his co-counsel won a unanimous decision from a civil jury. My employer has deep pockets but Paul properly focused on the utter absurdity of the plaintiffs claim, and a less than sympathetic jury agreed with reason, truth and fairness.
This review is from a potential client who consulted with this attorney.
Consulted attorney

The best attorney, thank you so much!

Mr. Farahvar is very knowledgable, helpful and experienced. He was so understanding and trustworthy. I knew he had what it took to win my case and I am glad I chose him. He shined in the courtroom and provided me with the upmost admirable legal advice throughout my entire case. I am very grateful and highly recommend Mr. Farahvar.
This review is from a person who hired this attorney.
Hired attorney

Paul helped me with a couple different litigation issues I had with my business. He was always very informative and gave solid advice. I was pleased with the service and outcome of both my cases. I highly recommend him.
This review is from a person who hired this attorney.
Hired attorney

When I say Paul really had my back during a difficult time is an understatement.

I was pretty freaked out when my former employer filed suit against me and Paul defended me with integrity, class and a touch of grit. I'm forever greatful for the fine job he did.
This review is from a person who hired this attorney.
Hired attorney

Paul was very detailed and thorough. He looked into every aspect of the case to make sure of the best possible outcome. He did well in communicating the progress and keeping me up to date on everything. Excellent work!!
This review is from a person who hired this attorney.
Hired attorney

I have worked with Paul Farahvar for over 10 years on cases involving liability and business litigation. Paul is extremely bright, very responsive to his clients needs and I would recommend him to anyone who is looking for legal representation. He has an excellent demeanor, both in and out of the courtroom. He is smart and works well exploring traditional avenues of litigation, as well as using creative solutions when appropriate to get the best results for his clients. He is high on the list of my litigation counsel list for the Chicagoland area. I have had only good results on the cases that he has handled for our insureds.

Paul is an excellent attorney with a diverse legal background. He was well-organized and provided an exceptional defense for his client. I strongly recommend Paul.

I endorse this lawyer. Paul is a terrific litigator and trial attorney with a great track record of success. He bring a passion and enthusiasm to his work and it shows in his results.

I endorse this lawyer. Paul is a real lawyer's lawyer, down to earth, smart and reasonable. Paul is a pleasure to work with, and he's a good solid litigator.

I have had multiple cases with Paul as an opposing counsel. He is an extremely intelligent and enthuastic attorney that zealously represents his clients. It has been a priviledge working on cases together and I would highly recommend him to anyone seeking great competent legal counsel.

I have had the pleasure of knowing Paul for several years now, and I have known him to be nothing short of the epitome of professionalism. Paul is a litigator at heart and is a master of his craft and I, therefore, know that his clients are in good hands. He has my unequivocal endorsement.