He is currently the principal of The Davis Law Group, P.C. in Northfield, Illinois. Mr. Davis was previously an attorney and hearing officer with the Secretary of State between 1976 and 1981.

His practice is now concentrated in the area of DUI and administrative hearings before the Secretary of State. He was a co-drafter of the Illinois Summary Suspension Law and has represented the ISBA in legislative negotiations for more than 20 years.

Mr. Davis is a current chapter author of the IICLE's handbook on Defense of DUI and has been published several times in the Illinois Bar Journal. He was co-editor of the Traffic Laws & Courts Newsletter, a publication of the Illinois Bar Association, for which he has also authored numerous articles.

He is past chair of the Traffic Laws & Courts Section Council, Illinois State Bar Association and past chair of the Traffic Laws Committee of the Chicago Bar Association. He has also been a member of the 2000 Traffic Safety Advisory Committee to Secretary of State Jesse White and a member of an advisory committee to the National Highway Traffic Safety Administration. 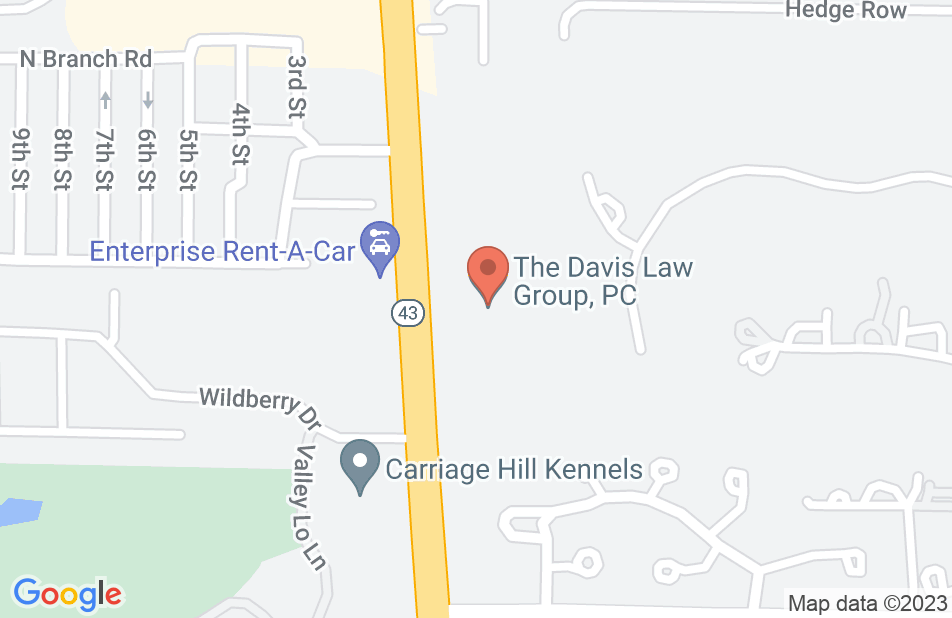 Best DUI Lawyer in the area

Larry has helped me thought my entire life with my DUI troubles. He has never missed a call from me and has gone above and beyond what I expected. I would recommend to every person I know from now on. He is fair priced and was the only lawyer in the area to take my case.

Illinois' Best DUI Attorney to Navigate the Road to Re-Instatement

I was directed to Larry Davis by professionals in the Drug/Alcohol Treatment industry. I had talked to several other attorneys and all of them offered me little promise of averting jail time as this was my third DUI in 25 years. After talking with Larry Davis, he informed me that jail time was not something that could not be avoided. I was not incarcerated and was able to drive with a RDP that was granted me. Thanks to all the work Larry and his staff provided, I could still go to work every day and continue earning a living. This allowed my family and myself to not endure any more hardships than were already imposed on me by my actions. I feel you need to have someone like Larry Davis in your corner to be able to navigate all the criteria set forth by the state and to be able to do it properly without adding many months, years and dollars to reach your end-goal of being fully re-instated and putting all of this behind you. In summary, save yourself hours of anguish, lots of money and streamline the process of being re-instated by hiring Larry Davis and his staff to guide you in this legal dilemma.

Larry is the best lawyer in Illinois for DUI & driver’s license related cases. That is not up for debate. I called a few dui lawyers to consult with them and they both referred me to Larry, because my case was more serious. He knows the laws and procedures better than anyone. Larry helped me get a restricted driving permit after my driver’s license was revoked. At first I didn’t think I needed a lawyer, so I went to a formal hearing by myself and was denied. After that, I hired Larry. With his expert legal advice I was approved at the next hearing. I was surprising calm in the hearing, knowing that I had the best attorney at my side. I should have hired Larry from the very start!
This review is from a person who hired this attorney.
Hired attorney

Larry is the Best

Larry Davis is the one to hire fo dealings with the Illinois Secretary of State office on suspended/revoked driver's license and related matters. He knows the law, the people, the folklore, what can be done and what cannot. He (and his colleagues) are VERY responsive and do a great job for their clients. I am very glad I had Larry and Merrill helping me.
This review is from a person who hired this attorney.
Hired attorney

I had asked several people for references for a DUI Attorney that could represent me for the formal hearing process. An acquaintance of mine asked, "Do you want the Cadillac or the Ferrari?" I answered, "The Ferrari of course." And that is exactly what Larry is. He is the Ferrari of attorneys. He and his staff are professional, responsive, courteous, informative, clearly knowledgeable and very meticulous when managing your case. After the first consultation, I felt very comfortable with my choice to hire Mr. Davis, and I knew this time in my life I made the right decision. I have a felony aggravated DUI conviction, and I was granted full reinstatement of my license after my first hearing appearance. There is NO attorney I would recommend for the formal hearing process in the state of Illinois other than Larry Davis.
This review is from a person who hired this attorney.
Hired attorney

I'm a 60 year old tradesman whose previous life was going to the bars after work, weekends etc. Needless to say, I racked-up many DUI's and for a while, wondered if I'd ever drive again. That brought me to the office of Mr. Davis, who's reputation as "The Best in the Business" preceded him. This was no time to bargain shop for a parachute. Our Saturday morning meeting was all business, where he laid out what he could do for me, providing I comply with his mandates, and how much it would cost. I left his office that day with that "I'm in Good Hands" feeling that I hadn't felt for a while. I did not use Mr. Davis for the criminal end, mistake, for that attorney charged me allot money for minimal results. Although I haven't received my full reinstatement yet, I have been in front of the Sec. of State twice, first to petition for an RDP and the second was for it's extension. It was after the initial hearing that lead me to title this review as I did. I will be scheduled for my final/ full reinstatement hearing this summer [2017] and I'll complete this, or post a new review after that that will conclude this matter. JG
This review is from a person who hired this attorney.
Hired attorney

I had a serious legal issue, having lost driving privileges in two different states more than ten years ago. I entrusted the problem to Larry and Merrill Davis and could not be happier with the representation I received. I was given step by step, clear instructions of the things I needed to do. I was kept fully apprised through each step of the process. I would highly recommend this firm to anyone unfortunate enough to need the amazingly professional and skilled representation they provide. They were worth every penny.
This review is from a person who hired this attorney.
Hired attorney

Mr. Davis is a no-nonsense lawyer as I posted that in my review of Merrill if anyone wants to put in the effort to do everything the Law Group tells them to do I could promise that great things will happen for them I personally had 4 Dui an Mr Davis's tough approach to a tough situation I was able to receive my license back on 3 3 2017 I'm sure I could never have done this without these people in all my years of dealing with troubles and lawyers I've never had anyone better thank you my friend
This review is from a person who hired this attorney.
Hired attorney

Larry is a Rock Star

Larry, Merrill and his entire staff helped to get my license back after almost 20 years of revocation from numerous out of state DUI's. This was an incredible sticky situation and Larry got it done. He saved me from the rest of my life having no license.
This review is from a person who hired this attorney.
Hired attorney

After searching through quite a few law offices to help me with license reinstatement after two DUI's over the past decade, I found the Davis law group and went in for a consultation. Considering I had no idea how to proceed with this problem, Mr. Davis took the time to explain the timeline and how it would work. There were no false claims and no beating around the bush. He was to the point and had a no nonsense attitude about it. The fact that he did not try to be my friend, but was focused on solving my problem as efficiently and quickly as possible was the main reason I went with him. The fees involved were expensive, but fair considering what had to be done for my particular case. Overall, it took less time than I expected to get everything finished so I can reinstate my driving privileges. I am very grateful for everything he and his staff did for me and I would highly recommend his law office to anyone who is in need of professional, knowledgeable, and effective counsel.
This review is from a person who hired this attorney.
Hired attorney
See all reviews

Jennifer Wirth, DUI and DWI Attorney on May 28, 2015
Relationship: Fellow lawyer in community

I endorse this lawyer. He is my go to guy if I have any questions regarding drivers license issues or to bounce ideas off of for DUI

Larry is truly one of the best Reinstatement Lawyers in the state. Beside possessing an incredible wealth knowledge, he's a great guy.

I endorse this lawyer. I have referred several clients to Mr. Davis for driver's license reinstatement hearings. He is well respected in the community and gets excellent results for his clients.