Since entering private practice in 1995 Steve has been the President of the Lake County Bar Association, the Chairman of the Criminal Trials and Appeals Committee for the Bar Association, and a speaker at many seminars conducted for attorneys.  As a Defense attorney Steve has  handled clients charged with First Degree Murder, sexual assault or abuse, child pornography, drug charges, DUI and Reckless Homicide, domestic battery (both felony and misdemeanor), large theft, embezzlement, and white collar crime cases, and almost every other possible criminal or juvenile case. 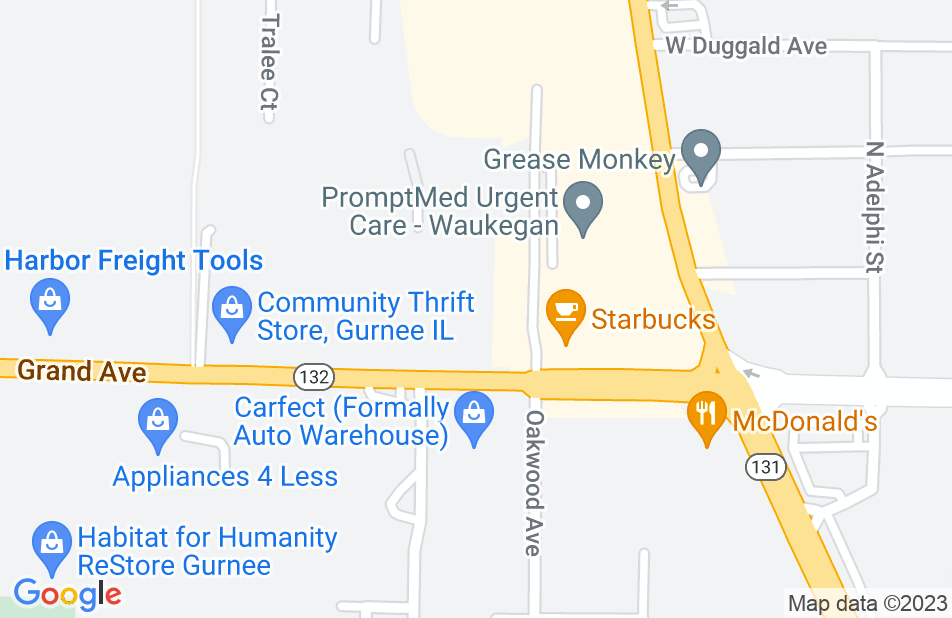 A different kind of lawyer

First, I should point out why I titled this "A different kind of lawyer". When Steve finished my case, I offered him a bonus, and he refused it saying that I'd already paid him and he didn't think it was ethical to take a bonus for the results. He told me to go online and review him if I was happy -- so that's why I'm here. I had another lawyer on my case, a serious felony in Lake County, Illinois, for a year. I'd hired her because she had a nice looking website and she wasn't as expensive as some of the other lawyers I looked at. It was a mistake. After a few court appearances and a year of wasted time, I realized that she really didn't know what she was doing. So I found Steve through a friend. Let me say that you never realize it until you get someone good how important your lawyer is. Steve knew everyone, always showed up on time, knew exactly what he was doing, and we ended with a total victory. My other lawyer had been wanting me to accept a plea bargain, but Steve did what it took to convince the other side that we were right. I can't stress how much different it is to have a lawyer that you know both cares about your case and who clearly knows what he is doing. Even before we won, I felt better knowing he was handling the case. He has extensive experience, knows the people in the system, and is respected by all of them. I overheard the prosecutor ask him a legal question once on another case. I strongly and without reservation would recommend Steve to anyone who has a criminal case.

Very genuine and very knowledgeable. Makes you feel like part of the process without feeling dumb :)

Very friendly, professional, and he listens to your concerns no matter how inexperience with law you are. I felt dumb and overwhelmed with the technical legal terms and environments going in, but he understands people go to him because they don't know how to do it alone. He makes the process very easy and turns it into a less stressful situation. Unfortunately I have to get a lawyer again now after 6 years but hey, things happen. He was the 1st person I thought of and there could be other lawyers out there but having dealt with Steven in the past, it is a no-brainer.

So, have been using the services of McCollum Hodgkinson PC for many years to assist with traffic tickets and other issues for both of my sons (mostly regarding my youngest) They have been very helpful in navigating the court system across several police jurisdictions and have negotiated very positive results for them. They are thorough and very professional and I would highly recommend their services.
This review is from a person who hired this attorney.
Hired attorney

Steve has been excellent since day 1! Helped me throughout the entire process of everything! Has helped my family so much and given me a second lease of life! I highly highly suggest using his services.
This review is from a person who hired this attorney.
Hired attorney

Other reviewers have noted Steve's knowledge and experience. I would only add that his personal relationships in the Lake County courts can be invaluable. In my case, it made the difference between the good outcome I was hoping for and the excellent outcome he achieved, due in part to knowing what the prosecutor might be willing to do. Steve went "above and beyond" in other ways also. For instance, he offered to expedite filings with the IL Secretary of State, personally going to the clerk's office to obtain the necessary documentation (because his assistant was gone for the afternoon) and then sending them by FedEx to a courier in Springfield, who filed them the same day. As a result, I had my driver's license reinstated just 2 days after the court order was issued. Finally, the communication with Steve and his partner Dan was excellent. I could always count on a response to my calls and emails. This is so very important when one is understandably nervous about unfamiliar legal processes. He listened to all of my ideas and responded respectfully. Other reviewers have noted the importance of a good lawyer. I would add that you need to be prepared to pay for the service. McCollum-Hodgkinson is not the cheapest representation, but they are worth it.
This review is from a person who hired this attorney.
Hired attorney

Experience and Knowledge at its Best

This was my first time getting into trouble and at first it was overwhelming to say the least. Knowing Steve through a friend, I gave him a call the following morning. He provided guidance all the way through the process and was very informative. He provided my options clearly and was willing to do anything he could in order to get me the most favorable outcome. Inside of the court room it was very obvious that Steve was well known and highly respected among fellow defense attorneys and prosecutors alike. I could not be more grateful to have been referred to Steve and would recommend him to anyone. Overall he's a great guy and great at what he does.
This review is from a person who hired this attorney.
Hired attorney

Steven McCollum represented me for my DUI case, and he negotiated a great deal for me that lifted a huge burden off me and my family. He was always willing to fight my case (in the event I was not happy with the deal), and kept me informed of all possibilities. He is extremely knowledgable, experienced and honest. I agree he is the best in Lake County!! I could not have achieved a better result, and believe me it really was amazing!!! Thank you for everything!!

I am very grateful for Steve's extensive knowledge on the juvenlie court system. My son got into some trouble and Steve helped sort through the mess with ease!

Quite frankly, I was very concerned when I was arrested. I did not know what was going to happen and was concerned about my job. Steve explained all of the options and made me feel much better about my case even before I went to court. While I was prepared for what would happen, I was not prepared for how great Steve handled the case. He was knowledgeable about the law, familiar with the court system and all of the individuals involved. I hope I never need an attorney again, but if I do, I would definately hire Steve.

exactly what I needed

I went to another lawyer I saw on this site. He must have written his own reviews and I wasted my money on him before I found Steve McCollum. I can recommend Steve without any reservation. He did a juvenile case for my son. It was obvious that he knew exactly what he was doing and the everybody in the court knew and respected him. I feel lucky that I found him. My wife and I couldn't be happier with how he handled the case.
See all reviews

Joseph O'Brien, Divorce and separation Attorney on May 21, 2013
Relationship: Fellow lawyer in community

Marjorie Sher, Divorce and separation Attorney on May 18, 2011
Relationship: Worked together on matter

I endorse this lawyer. Steve McCollum is an experienced attorney handling all matters of criminal law. I have worked with Steve in the past, and have found him to be knowledgeable, considerate, professional and overall a loyal advocate for his clients. Steve knows when to take a matter to trial, but also knows when it is appropriate to work on negotiations that are mutually acceptable to both the client and the prosecuting attorney. Steve prides himself on keeping his clients well informed so that each client can make the best decision possible for their individual circumstance. I would refer any client to Steve and feel comfortable that the client would be in good hands.

I strongly endorse this lawyer. Having known Steve for over 20 years, I can attest to his knowledge of the law and his commitment to each of his clients.