Chuck is a La Crosse native and an Aquinas graduate. Chuck did his undergraduate studies at St. John's University in Collegeville, MN where he served two years on the Student Senate, spent a semester in China and delivered the commencement address at the graduation ceremony. Upon graduation Chuck moved to San Diego for an adventure. While in California Chuck worked as a foreman on the construction of a large apartment building and led five men who had been released from San Quentin prison just days before starting work on the construction site. It was this experience that motivated Chuck to attend law school. He moved back to the Midwest and attended the University of St. Thomas School of Law. While at St. Thomas Chuck was involved in a number of volunteer opportunities including founding an after school study program at a local elementary school and recruiting other law students to serve as tutors. Chuck also served as the Student Body President in his third year of law school. During law school Chuck married his wife Polly, also a La Crosse native and their first child was born at the beginning of his last semester at St. Thomas. After law school Chuck and his family returned to La Crosse and Chuck took a position as an immigration attorney at Catholic Charities. Chuck worked at Catholic Charities for 9 years and built an immigration practice that served immigrants from all over the western side of Wisconsin. For half of his time at Catholic Charities Chuck also served as the Assistant Executive Director of the agency overseeing the creation of the Warming Center in La Crosse and another in Wausau and a full time homeless shelter in Eau Claire and varied programs from adoption, to services for children on the autism spectrum. During his time at Catholic Charities Chuck and Polly had two more children and Chuck earned a Masters in Business Administration from Viterbo University. Before joining Pittman & Pittman Chuck served as the General Manager of a local real estate company and learned much about the real estate industry.

Chuck and Polly live in La Crosse with their three children. Chuck is active in numerous community organizations including his parish, the Cub Scouts, and serves on the board of the MidWest Music Fest, Beer By Bike Brigade, La Crosse SOUP, and Shelter Development. He also founded a small business making baby clothes out of old t-shirts! Chuck enjoys spending time with his family outdoors hiking, or playing catch with the kid in the yard. 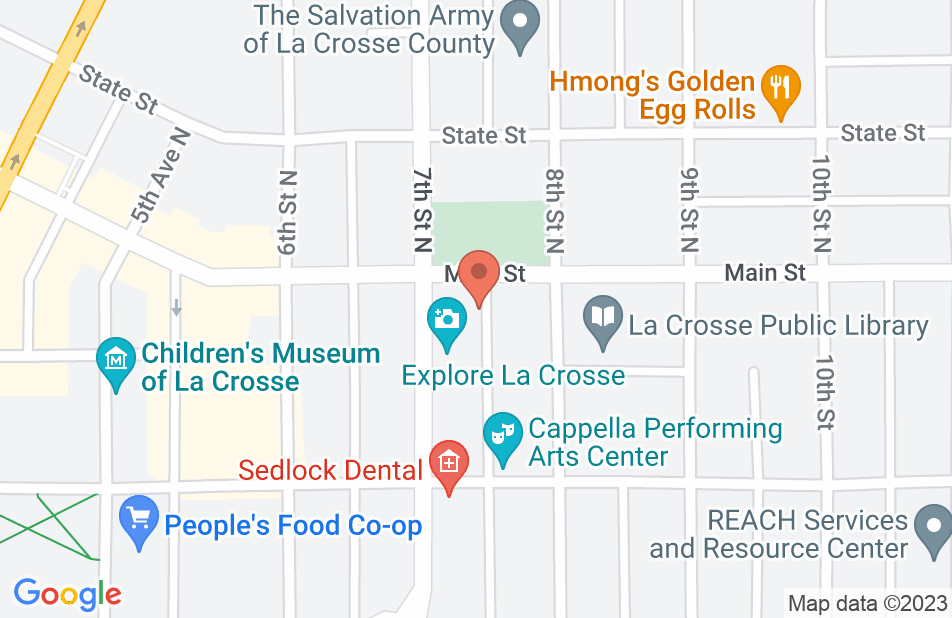 Great lawyer! Made my wife's immigration a breeze.

My wife is from Australia and she immigrated here in 2016. Chuck helped us the entire way. While we were in Australia, he guided us through the K-1 Fiancée Visa application and we got to the US with no issues. Next after we got married here, he walked us through the permanent resident application and that went just as smooth. I would highly recommend Chuck as a lawyer. He explained the process very well so my wife and I understood everything that was going on. He pays close attention to detail and he did everything he could to ensure that our applications were accepted right away. In the next few years my wife will need to apply for her next green card and then citizenship and I know we will hire Chuck to help, no questions asked.
This review is from a person who hired this attorney.
Hired attorney

Chuck is a very fair, helpful and thorough attorney. He was instrumental in helping my wife and I with her immigration. He was very patient with us and educated us on what to expect at every juncture in the process. He is very knowledgeable and coached us often on what to expect from USCIS. Chuck also accompanied us when we went for our interview in Minneapolis. His support was invaluable. He kept us calm by keeping us informed at all times. Thanks Chuck for all that you have done and are continuing to do for our immigration journey. We highly recommend Attorney Chuck Berendes!!
This review is from a person who hired this attorney.
Hired attorney

I work for a local company that employs skilled immigrant workers from time to time. Chuck has worked with me from start to finish on many cases getting the necessary immigration paper work completed correctly and in a timely manner. He answers all correspondence sent to him without delay, and is easy to reach either by phone or email. Chuck has a kind disposition and always puts our clients at ease. He has met or exceeds expectations each and every time we use his services. I strongly recommend him for legal needs
This review is from a person who hired this attorney.
Hired attorney

Attorney Berendes has significant experience and is skilled at providing appropriate legal guidance. I am happy to endorse him.

Chuck is an honest and ethical attorney who genuinely cares about his clients and community. His knowledge of immigration law is unparalleled in the La Crosse area.