Peter M. Young is a shareholder at the law firm and practices in the Wausau, Rhinelander, and Stevens Point offices. Pete has tried jury cases throughout Wisconsin. His practice includes personal injury claims, automobile accidents, product liability claims, nursing home abuse & neglect claims, vaccine related claims, and wrongful death claims. He is admitted to practice before the State of Wisconsin, the United States District Courts for the Eastern and Western Districts of Wisconsin, the Seventh Circuit Court of Appeals and the U.S. Court of Federal Claims. Additionally, he has been admitted pro hac vice in cases in California, Colorado, Illinois, Minnesota, Michigan, Nebraska and Washington.

In 2016, Pete’s colleagues from the Wisconsin Association for Justice honored him with the organization’s inaugural Outstanding Young Trial Lawyer award. In 2015 he was recognized as a “20 under 40 Honoree” by the Wausau Daily Herald for his significant community involvement. In 2012, Pete was recognized by the Wisconsin Law Journal as one of the 25 Up and Coming Lawyers in Wisconsin. In 2011 and 2012, he was honored as a Rising Star in the Wisconsin Super Lawyers publication by Milwaukee Magazine and has been honored as a Super Lawyer each year since 2013 by these same publications.

Pete lives in northern Wisconsin with his wife and children. He enjoys many outdoor activities, including fishing, hunting, skiing, cycling and backpacking. 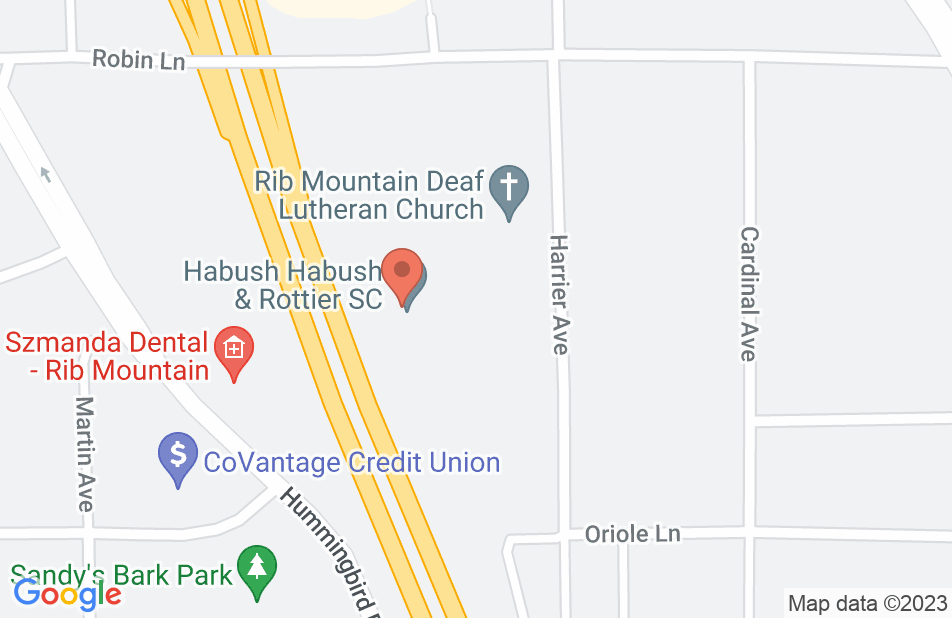 Extremely professional and a joy to work with.

I had the pleasure to work with Peter over a three year period on my personal injury case. I can honestly say that Peter made what could have been an unpleasant experience pleasurable. The whole time I worked with Peter I always felt that I was being represented at the highest level and he always communicated with me what was going on and where we were at all times. I was very satisfied with the outcome of my case and would highly recommend Peter no matter how large of small the case. Peter is clearly a rising star in the Habush firm.

I was in my first car accident just over a year ago where i was struck by another driver and did have some injuries because of it. I was unsure of the process and was overwhelmed with all the phone calls from the clinic and the insurance company and not even sure what my rights were. I hired Pete to help me out with this traumatic event. From the moment he started i did not receive any more phone calls and he kept me well informed of what the discussions were he was having on my behalf. A car accident is not a fun thing to deal with and Pete was very understanding and patiently answered all my questions about the case and what my rights are in this situation. He did everything in his power to make sure i received the treatment i needed as well as the financial amount i was owed. I would definitely highly recommend Pete Young to anyone who is seeking a lawyer!!

Peter M. Young helped me to receive compensation when I was hurt because of a trip and fall on a poorly maintained parking lot. I was very satisfied with his responsiveness to my needs, and also with his staff’s attention to my case. I would recommend Peter M. Young to anyone that needs someone to aggressively represent them due to injury.

As my husband laid in ICU for several days after his motorcycle accident , my son and I turned to Pete young. While all your thoughts and energy are entirely focused on your injured loved one, life somehow still must go on and decisions must be made. The day after we called Pete he met us at our home. With my son and I very hurt, lost, scared and confused never having to deal with anything like this Pete calmed us. As a attorney Pete had a job to do, we feel he fought to get us a fair settlement , gave us financial advise , took over and handled all contacts with companies associated with accidents like this. Pete took such a heavy burden from our shoulders , we felt a huge amount of relief when he left. I cant even imagine all the time and effort that goes into cases like this, and having everything done and finalized in less than a year is amazing to us. With our lives suddenly turned upside down we kept moving forward. Pete and the lawfirm not only kept us updated with all things associated with this accident he gave us the space my family needed . I recall some phone calls from Pete were just to check in and see how our family was doing. We thought Pete truly feels the pain and hurt we were dealing with. My family and I feel Pete was 100% honest with us at all times whether it was what you wanted to hear or not. Pete would meet with us in our home, his office and even offered to come meet in the hospital. He would say wherever is more comfortable and convenient for us. We are truly blessed to have turned to Pete for help in our time of need. He is a outstanding attorney and a real person. I called Pete a couple of times just to talk about my husbands accident, I also cried and took my frustrations out talking with Pete , he somehow always found a few minutes to listen . My tears would stop falling , I would be calmer and had faith that all would be ok. We pray our family and friends never need a attorney in this situation, but if life sends you down a unknown path as we had. we would strongly recommend Pete Young .

We are very happy we picked Peter to represent us. He was very professional, kept us informed with everything that was being done for our benefit. He looked out for our best interest at all times to ensure we got the best settlement. We highly recommend Peter Young and Habush Habush and Rottier. We also want to thank Jo Lemmons , his legal assistant ,for all her hard work and attention to detail.

Attorney Young provides a balance of honed civil-litigation skills with the ability to communicate with parties and advocate before the court. He approaches his cases with a relentless work ethic, and he has quickly become one of Wisconsin's best personal injury attorneys.