Larry’s practice involves general liability with a focus on injuries and deaths caused by motor vehicle accidents. He also handles cases involving injuries caused by pharmacy errors, contractor negligence, nursing home/elder care abuse and land owner liability. Larry has tried cases throughout the State, but predominantly in southeastern Wisconsin. He has spoken to dozens of high school classes and local civil groups on the topic of civil litigation.

Larry is also on the Marquette University Law School Alumni Advisory Board, and is past president of the Marquette University Law School Alumni Association.  He also maintains membership in the State, Milwaukee, and Sheboygan Bar Associations as well as the Wisconsin Association for Justice and the American Association for Justice. Additionally, he has been included in Best Lawyers in America since 2010.  Larry has also been named to the Top 50 Wisconsin Super Lawyers list since 2009 and Top 25 Milwaukee Super Lawyers each year since 2011.

Larry is a 1980 graduate of Marquette University, with honors. He obtained his law degree from Marquette University Law School in 1983. He also enjoys running, having completed three marathons, many half marathons, and several recreational running events, including the Hood to Coast Relay Race in Oregon (twice) the Bourbon Chase in Kentucky and the 2018 “Ville to Ville” Relay from Asheville NC to Greenville SC. He also enjoys kayaking, ice fishing, the north woods and his grandchildren.  Larry is active in his church and his Wauwatosa community. 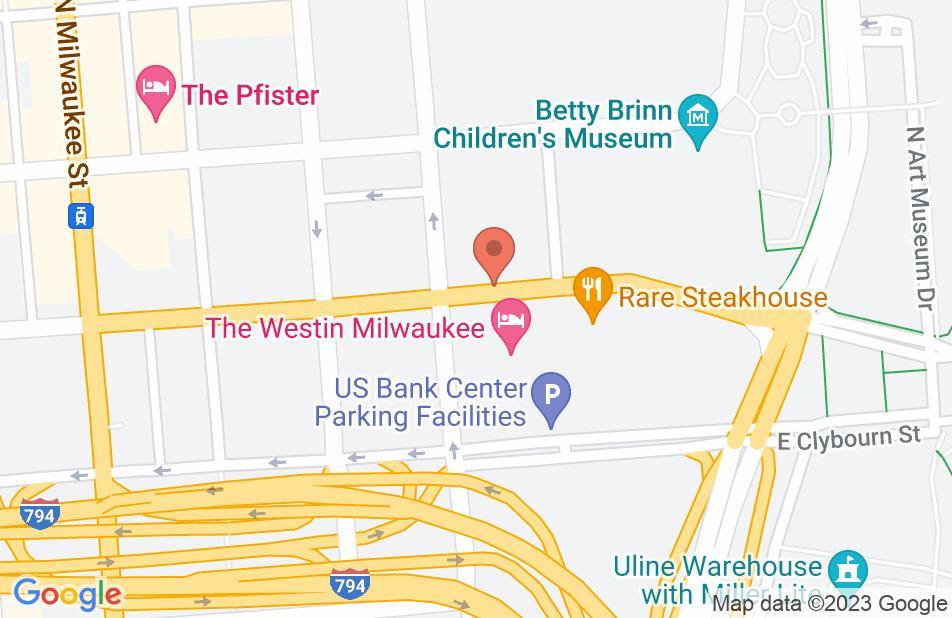 Great every step of the way!

Larry was recommended to me by a co-worker after I had been injured in an automobile accident. From the initial consultation through the settlement, Larry thoroughly explained every step of the process at the appropriate time. He always kept me updated on the status of my case. I rarely had need to ask a question but when I did, Larry or someone on his staff always returned my call or email promptly. Larry worked hard all the way to the end to get the best possible settlement. The entire post-accident experience with Larry and his staff could not have been better - I would highly recommend Larry to anyone in need of a personal injury attorney.
This review is from a person who hired this attorney.
Hired attorney

Laurence Fehring has my unequivocal and enthusiastic recommendation. I have a difficult time envisioning an individual who chooses Mr. Fehring and comes to second-guess the decision. My knowledge of the Milwaukee legal community runs broad and deep. A car accident at the end of calendar year 2012 -- caused by the negligence of another driver -- left me with injuries, bouncing around from physician to physician and from one physical therapy session to another. Mr. Fehring's name found its way to my "short list" of lawyers for a potential representation. After one preliminary consultation I knew he was the lawyer I wanted. In our initial meeting he manifested kindness, authenticity, amiability, strong listening skills, and more than a measure of wisdom. As time unfolded he proved to be especially -- in some circumstances nearly instantaneously -- responsive to all inquiries I posed via email. No less important, the team of assistants with which he works consistently struck me as every bit as diligent, skilled, and caring as Mr. Fehring, bespeaking (I am speculating here; but I'm comfortable doing so) the talent he and his partners have for training others. My claim against the insurer of the negligent driver settled out prior to any complaint being filed -- as Mr. Fehring had indicated in our initial meeting is the case with more than 85% of the representations he undertakes. I was pleased it did -- even though, at times, my anger at the negligent driver engendered in me the desire to tell my story on the witness stand. To repeat, to my mind Laurence Fehring is both an outstanding lawyer and a terrific person. Having the two rolled into one makes for a can't miss choice.
This review is from a person who hired this attorney.
Hired attorney

I was hurt in a car accident 3 years ago. I was swamped with paperwork from both health and car insurance. As soon as Larry and his team took over, I did not have to worry about anything and everything was taken care of. He made sure I understood what was going at all times. Larry always responded to my questions in a timely and professional manner. He is very approachable and the best lawyer out there. Highly recommend!!

Atty Fehring guided me through the post accident process with patience, integrity and a high level of experience. I felt confident and comfortable working with he and his team. Thank you for the excellent outcome!

When my husband of 25 years was killed in a car accident, I had no idea what to do. I was referred to Atty Fehring (Larry), who was wonderful. First, he listened to me, which set a good foundation of trust. Then he let me know what he would be able to help me with. I appreciated the fact he did not come in with "both guns blazing", trying to push his services/firm and his own agenda onto me. At the beginning of the process, Larry gave a good overview of what the steps and process would be. As each step would arrive, he would would explain in further detail. He let me know what things the defense would likely be doing; even though it was sometimes hard to hear, it was good to be prepared. He kept me apprised of progress, and I never felt he viewed my questions as a hassle. I felt comfortable contacting his office by phone or email whenever I had a question or concern. He was very open and honest, as well as very respectful. Most important to me was the fact that I felt like a person. He was very caring and understanding of me and my family. I never felt like simply a case number or pay check. While the need for Larry's services resulted from a horrific experience, I am glad he was by my side to help me get through this aspect of my newly changed life.

Larry was at my side.

I was in a car accident and almost immediately started to receive calls and letters from attorneys offering representation. Even though I am an attorney, these contacts became invasive and overwhelming. I called Larry for advice and he immediately offered his help. Once I met with Larry I felt reassured and protected throughout the process. Larry and his legal assistant took care of everything and we resolved my case at mediation. I am truly grateful I had Larry at my side.

On mother's day of 2010 I was driving from college to my hometown to see my mom and family. Since the school year was coming close to an end, I decided to pack my car up with most of my belongings to avoid the end of the year move-out congestion. On the way home, my car was struck head-on by a truck who crossed over the center line. I sustained severe injuries to my left arm which resulted in scarring from my elbow up to my shoulder and on to my back as well as cuts and bruises over my entire body. Everything in my car was also ruined. As a young woman who was scared and had never been through this sort of thing, I retained Larry as my lawyer because I needed direction and advice. Larry was personable and made me feel comfortable by explaining everything thoroughly to me as I didn't know what to expect. I could tell as time went on that he really knew what he was talking about and that gave me a sense of reassurance. He is ethical and empathetic and he worked hard to get me what he really thought I deserved for all of the pain and suffering, scarring and loss of personal belongings. I'm SO glad I made the decision to retain Larry. He is awesome.

Mr. Fehring and his office staff were very good about staying in contact with me during my case and were very friendly. As stated by a different reviewer, he was determined to get me the best settlement possible and he did so. I would recommend him.

I was hit on my motorcycle and was severly injured. Larry did an outstanding job getting my case solved. I was very impressed with how he handle the case. When i was recieving medical bills one after another he made the extra effort to keep them from going to collections. Anything I requested was handled immediately. I believe without Larry's help my life could be very different today. Not only did i enjoy working with him but would highly recomend him to anyone.

I found myself in need of a lawyer in the Milwaukee area a year back after an accident and couldn't have been happier with my decision. He made a bad situation a lot easier. Laurence Fehring was professional, sympathetic to my needs, and hard working. He was determined to get me the best settlement possible and he did so. I would highly recommend him.
See all reviews