I graduated from the University of Notre Dame Law School in May, 1999.  Since graduation I have represented individuals and businesses.  I also spent one year working as in-house counsel for a large Native American tribe.  I have extensive trial experience, including jury trials. 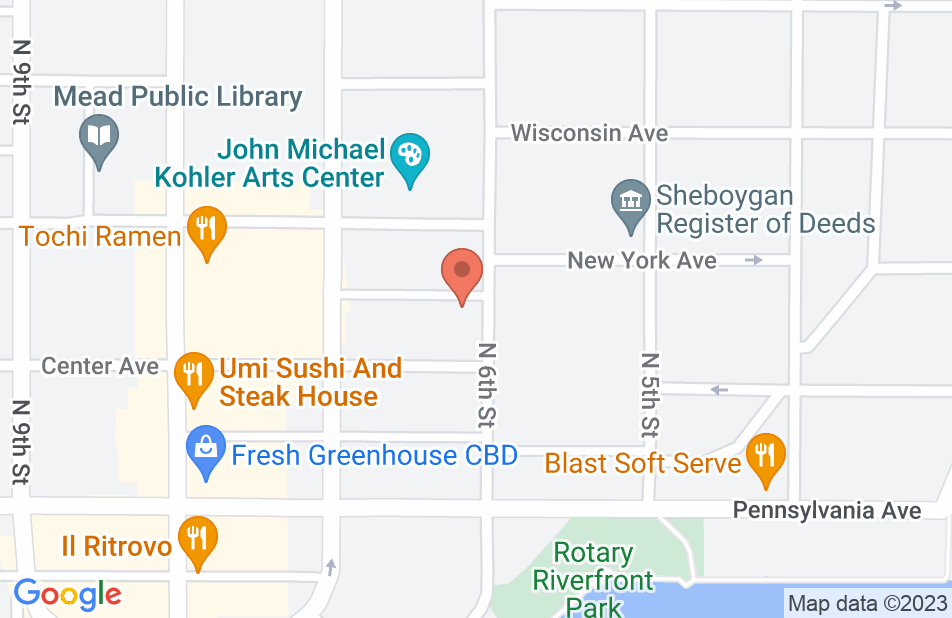 The Best In Sheboygan

Basil Buchko is great in and out of the court room. He knows what it takes to get the job done right. He helped me with my divorce as well as placement of my two kids. He's an honest and trust worthy att. that wants the best for his clients.

Mr. Buchko helped my husband and I out of a land contract with a scam artist. We will now be able to save our money and buy when the time is right for us. We want to THANK him over and over again.
Basil Buchko's response: I am happy you are happy! It was a pleasure serving you and I thank you for your business.

Mr. Buchko represented me for a real estate transaction. He was able to find unreasonable requests in offer to buy and was able to get them resolved in my favor. He maintained a fair, professional, and ethical relationship with all parties involved. I would hire him again to represent me in any matter.

Don't you need to pass the bar?

This lawyer represented a property owner. The property in question was a 3 car garage with attached office space. After renting said space for my landscaping company, I was told by the owner that I would be "Self Help Evicted". In the state of Wisconsin this is illegal. Besides there was no issue(s) present and rent was paid on the first or before every month. My entire company property (trailer, work benches, tools, equipment, 2 full offices, and much much more) was relocated, without my consent, 20 miles away. When I contacted police, they informed me that Basil had informed them that this was a legal eviction and that because I did not have an attorney it was a civil matter. (Clearly local police failed to protect ans serve as well) Over the next 3 months the property owner refused to contact me and informed me that I would need to speak to his counsel (Basil). Basil informed me that the property was not zoned correctly for the use I was using it for. I learned this was far from the truth. The building was built zoned UC (urban commercial) I was then told that I legally had to pay the rent for my items new location, moving costs, and other fees to get my property back. I learned that what he was asking was just as illegal as the property being moved without court proceedings in the first place. I was then accused of missing a months payment, justifying the relocation. I showed proof of payment and deposit, while also presenting the small fact that even if rent was missed or late, the possessions in question was taken in the first week of the month, not long enough to take ANY legal action let alone remove the property. I was then told that because there was never a contract for lease or rent, that I was trespassing for months. After presenting Basil with a singed contract between the property owner and myself, I was told it was forged. After a week of refusing to meet, speak, or respond to emails, I got a short email stating an address of where my property was and that I need to pick up my belonging as soon as possible... I feel Basil was not only bending laws and reading between lines, he was clearly disregarding the law in some if not most of this situation.

Franklin Julian, Litigation Attorney on May 15, 2013
Relationship: Worked together on matter

Basil is a brilliant lawyer. He can be trusted to handle any legal matter fairly. In litigation, he is a ferocious fighter who knows how to win.