As a former Maricopa County Public Defender, I know all about the rights of those accused of crimes.  I help clients navigate the court system, with compassion, grace, and the experience of over eleven years practicing law.  I will be your advocate every step of the way. 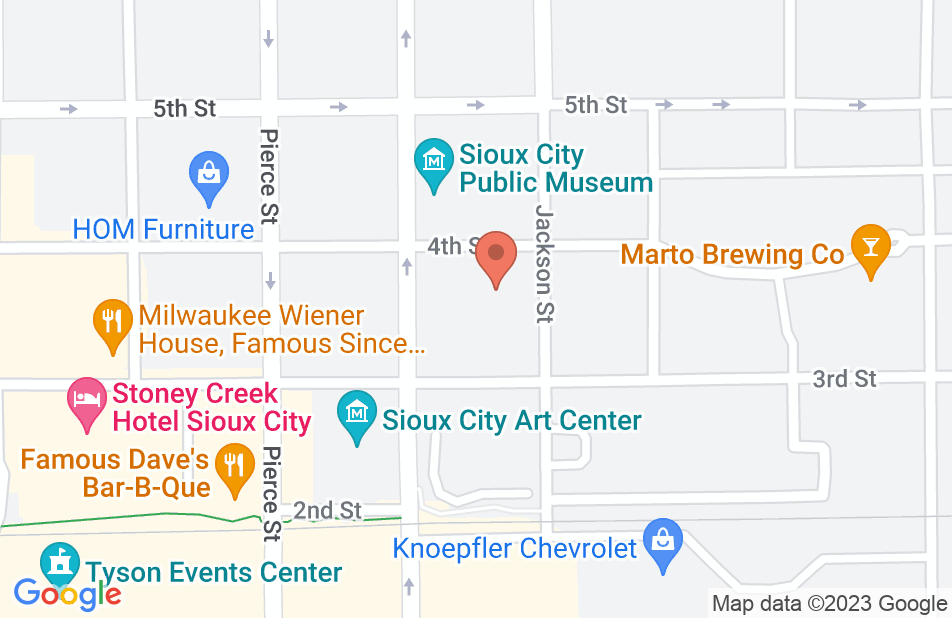 Professional, intelligent, and will fight for you!

Gretchen is amazing, very professional and will fight for you no matter what. I was seen for a semi accident and she always had time for my case. She helped me get what was owed to me very fast and helped with the harassing calls from auditors. I would highly recommend Gretchen, no matter the case, she has the resources and talent to get you what you deserve. Hands down the best in Sioux city. I am very grateful to have had her as my lawyer!
This review is from a person who hired this attorney.
Hired attorney

Reliable and with you ever step of the way

I had never been in trouble with the law, so the whole experience of needing a lawyer and possibility of going to court made me anxious and nervous. After sitting down with Gretchen and going through my case, I felt way more at ease knowing I was in great hands. She let me know everything that was going on, the different options I had, and what could be the best option for me. Without a doubt I would recommend Gretchen to anyone!
This review is from a person who hired this attorney.
Hired attorney

Gretchen is the absolute best attorney my family could ask for! When I first hired her she was able to meet with us right away and knowing it was high priority that we get everything going ASAP, she got started right away. She always made us feel comfortable and confident throughout our whole case. She’s very professional, great at communicating with you about everything and answering all questions you have. Thanks to her, a little lady that was once called my step daughter, is officially and legally my daughter, is safe and permanently in our home. We could not thank her enough and we highly recommend her! She will forever be special to my family. Thank you Gretchen!
This review is from a person who hired this attorney.
Hired attorney

Having Gretchen represent me was one of the best decisions I made. Gretchen was very empathetic and patient with me making sure I understood everything that was going on before any decisions were made. She was very comfortable and confident in courtroom and I would most definitely recommend her services.
This review is from a person who hired this attorney.
Hired attorney

Gretchen was very helpful along the way. She told me what I needed to know and clarified any questions that i had. She was very prompt in responding to me. I highly recommend Gretchen if you are in search of a new lawyer. She is awesome.
This review is from a person who hired this attorney.
Hired attorney

In my case my life was a mess, I thought nobody would represent me. I was in traumatic state in my life. I seen Gretchen on Avvo no names mentioned but I hired a gentleman and he just wanted to do the things he wanted and wanted all the money up front and just tell me what’s right. I got the courage to pick up the phone and call Gretchen. I called her told the situation and my situation and my situation with funds. These were Gretchen words give me your full name let me see if there might be conflict. I figured oh this is gonna take awhile she is gonna look at my past or my financial situation and never call back. No I gave her my name and she said hold on within 5 minutes she said, I’ll take it,I’ll start right now this is what I charge and this is what I need from you and how long will it take for you to do that. I was honest and she told me take care of yourself. I had a newborn that was involved and I was so lost she gave me advice and asked me what I wanted. I told her she told me I understand your feelings and views on these things. She said you can email me anytime and I’ll get back to you. So once again I figured yeah I’ve heard this before. Well the first time I emailed her within a hour she responded. As time went on things got more and more intense she said our court date is this. I’m gonna be out of office these dates. Well even out of the office I emailed her a question she responded back to me and it touched me because how many attorneys would respond back to there clients on there personal time. Well it’s court day I’m so nervous she meets me at location. In the meantime I kept asking her what are we gonna do. She says I’m gonna fight for you. The first Thing that happened in court was very odd. I thought it might throw her off but she was so prepared and said just tell the truth I’m here for you. As court went on she was on top everything the judge asks her for anything else you address she leaned over to me and asked me I told her what do you think about putting this person on stand, she thought about it for 30 seconds because she was preparing her questions on the go, well we got that person on stand and Gretchen did a amazing job. Judge says I’m gonna make my decision I said to her we lost. She looked at me with confindence and shook her head and when the judge read his ruling I started to almost cry I was gonna see my daughter the next week. I look at the photos I take with my daughter and I owe everything,to not only a attorney but a human that has feelings and only would do the right things. After court was over I still had a bill but she says you ever have a question ask me. Keep me updated financial situation. So Gretchen was not only my attorney but she saved my life. There are attorneys and there are these few special attorneys like Gretchen. Gretchen is amazing don’t waste your time or money on just names Gretchen is the real thing. I owe Gretchen way more then she charged but those were her fees and it was the best thing I did. I owe every second and day I spend with daughter to Gretchen.
This review is from a person who hired this attorney.
Hired attorney

Gretchen went above and beyond to get the answers I needed to move forward. I am pleased with the outcome of my case and would highly recommend.
This review is from a person who hired this attorney.
Hired attorney

I am giving it 5 stars despite not having received their services at all. Gretchen offered me a lot of information and help, despite not being able to take my case for other reasons. If I ever need help I would return to her, even though I do not live in Iowa.
This review is from a potential client who consulted with this attorney.
Consulted attorney

Gretchen was the lawyer who helped me with my divorce. She made the process smooth and easy. Was a great experience. Definitely would recommend her.
This review is from a person who hired this attorney.
Hired attorney

Gretchen did an excellent job for me during my divorce. I always felt comfortable with her and her knowledge of the law. She met all of my needs and expectations and I will definitely recommend her to family and friends.
This review is from a person who hired this attorney.
Hired attorney
See all reviews

I endorse this lawyer. Gretchen brings with her a wealth of knowledge after having represented clients in criminal cases for over a decade. Gretchen is extremely professional and dedicated to her clients.

I had the pleasure of working with Gretchen at the public defenders office in Phoenix Arizona when we were both new lawyers. I now see she is benefiting clients in the private sector, albeit in another state. Anyone with Gretchen by their side should feel fortunate and very confident.