Brad's law practice focuses primarily on litigation, construction law, labor and employment law, and personal injury defense.  Prior to practicing law, Brad taught high school and coached sports in West Moines, Iowa.  Brad also served as an infantryman in the Iowa Army National Guard.  In his private life, Brad is married and has twin daughters.  He enjoys spending time with his immediate family and his large extended family. 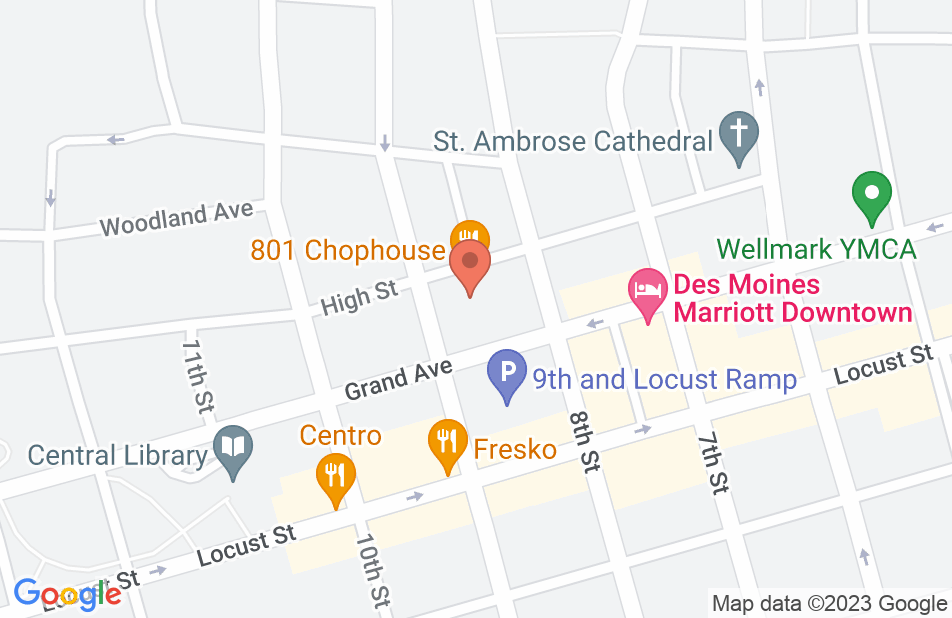 Brad represented our company in a construction dispute that ended up going to arbitration. We were successful in arbitration and were actually awarded a larger sum than what we had initially asked for. Following the arbitration award Brad was successful again in recouping nearly all of our attorney's fees in District Court. Brad has a very high level of integrity and professionalism. Throughout this case opposing counsel continually disparaged our position and employed numerous unscrupulous and unprofessional tactics. Despite their actions, Brad stayed focused on the task at hand and put forth an effective, well thought out, and ultimately successful argument at the arbitration hearing without ever lowering himself to the level of opposing counsel. Brad is also a very hard working attorney. Our hearing was the Tuesday after Thanksgiving. Brad made himself available to meet any day after the holiday to work on our final preparations, which we ended up doing on a Sunday afternoon due to my schedule. We have since hired Brad to work on other cases and often consult him in regards to different issues that come up in our business. I have had more experience with attorneys than I have cared to over the last few years, and many of them have not been good. My experience with Brad has been good, and I would recommend him to anyone looking for an attorney with ability, integrity, and the willingness to listen.
This review is from a person who hired this attorney.
Hired attorney

Brad reviews all my contract documents for multiple projects from 5K to 500k. We review and change wordings for my company's benefit and protection. We have been audited and Brad helped us with consultation and a connected us to a lawyer connected to our firm to handle the case. i highly recommend Brad for all legal issues that may be part of your future, he will get it done or get help to expedite the legal process.
This review is from a person who hired this attorney.
Hired attorney
See all reviews

I endorse Mr. Beaman. He is a fine lawyer. Mr. Beaman is committed to his clients and well versed in the law. He has also demonstrated professionalism that is commensurate with the practice of law at a very high level.

Brad is a well prepared and highly professional attorney.

I had the privilege of referring a matter to Brad recently that was outside of my normal practice area. He immediately recognized additional issues that needed addressing on the client's behalf and his work was completed very timely to the client's benefit. He kept me informed throughout the process and was incredibly responsive to my inquiries. I can't recommend him enough.

Jodie McDougal, Construction and development Attorney on Jul 26, 2016
Relationship: Worked together on matter

I endorse this attorney. I have had the opportunity to work with Brad as co-counsel for my client in a construction litigation matter that went to trial and also as opposing counsel in a different matter. On both occasions, Brad did an excellent job of advocating for his client and is otherwise a talented attorney and litigator.

I endorse Mr. Beaman. He is a fine lawyer. Mr. Beaman is committed to his clients and well versed in the law. He has also demonstrated professionalism that is commensurate with the practice of law at a very high level.

Brad is a well prepared and highly professional attorney.