Alesha is an attorney at Herbert Machnik Law Firm.  Alesha was born and raised outside of Flint, Michigan and attended Michigan State University where she received her B.A. in Business Administration-Pre Law.  Alesha went on to attend Law School at Florida Coastal School of Law in Jacksonville, Florida, where she was an active member in the Environmental Law Program, Animal Rights Law Society, and Public Interest Law Society.

Shortly after graduation, Alesha moved to Tennessee and became licensed to practice law in Tennessee in November of 2009.  Alesha entered private practice, focusing on family law, criminal law and juvenile law in Murfreesboro, Tennessee.  In the fall of 2013, Alesha and her family decided to move back to Michigan and Alesha received her license to practice law in Michigan shortly after returning.  Alesha joined Herbert Machnik Law Firm in January of 2020.

Alesha and her husband, Curtis, have one son, Elliot.  In her spare time, Alesha enjoys spending time with her family, as well as running, knitting and camping. 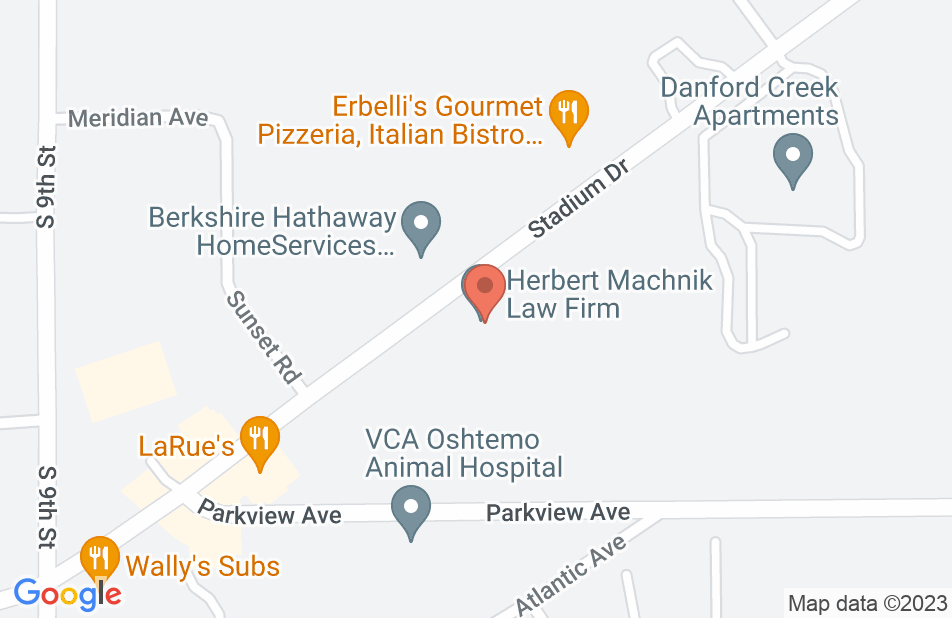 Not yet reviewed
Review Alesha Burnash

I would highly recommend Alesha. She is well respected in the community by her peers and clients.