Ron Weiss has successfully represented thousands of consumers like you against the automotive manufacturers throughout Michigan and Ohio. Attorney Ron Weiss will speak with you personally when you call, and he will handle your claim from beginning to end. You will get very fast, personal service with Michigan Lemon Law!

Ron also represents people that have been bitten or attacked by a dog.  Attorney Ron Weiss will protect your rights against the dog owner's insurance company and work to maximize your recovery. You will get fast, aggressive representation with personal attention paid to your needs.

Ron graduated from Wayne State University School of Law in 1993 and the University of Michigan in 1990, earning his BA in economics. He is admitted to practice law in the State of Ohio, the State of Michigan, and in the United States federal courts. Ron also handles class action cases.

Ron has been interviewed by WWJ A.M. 950, Superstation 910 and several cable television shows.

Ron has recently been appointed Michigan co-chair of the National Association of Consumer Advocates.

Ron helps people with problems related to their new cars (known as “Lemon Law”). His other areas of practice include personal injury, property insurance claims and criminal law. He is also currently practicing “Lemon Law” in the State of Ohio. 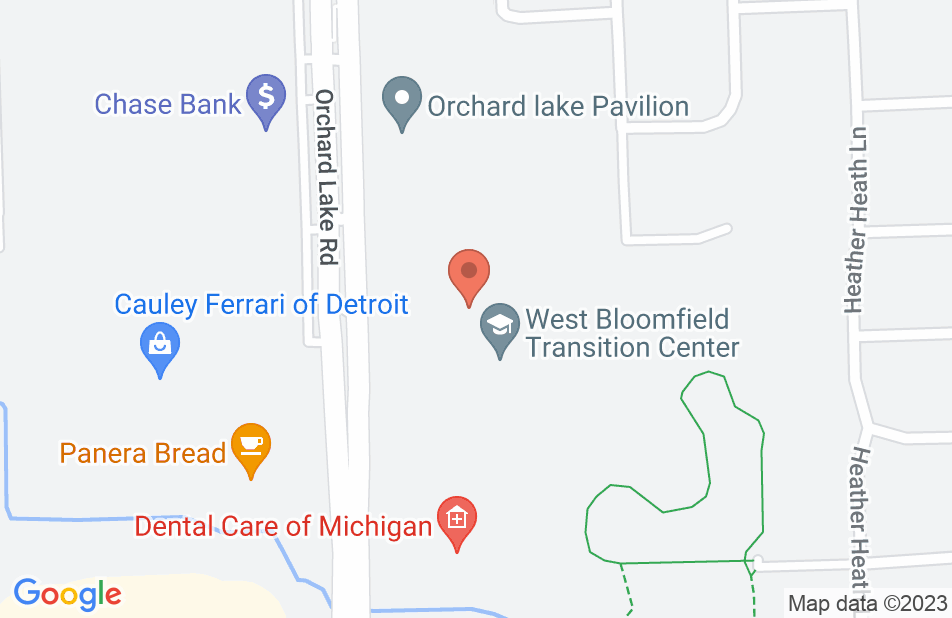 I was referred to Ron Weiss by another attorney regarding issues with my new SUV vehicle. I was told he was The Man regarding Lemon Law and Boy were they right! He was not only friendly and knowledgeable but really understands the law. I was not sure if I had a good case or not but Ron walked us through the process and explained everything. This was right before COVID 19 and I did not know if we would ever hear back from the manufacturer. Then one day the phone rang and it was Ron telling us we had a settlement offer. Ron and I discussed it and thought we could do better. After a couple more negotiations and phone calls by Ron to the manufacturer, he was able to deliver us substantially more than they first offered. We were happy to take the settlement and the check is in the mail as we speak. I consider Ron Weiss a great consumer advocate and would highly recommend Ron to anyone who needed compassionate and expert legal advice! > Alan
This review is from a person who hired this attorney.
Hired attorney
Ronald Weiss' response: Thanks for the 5 star review and the incredible testimonial!! You were a pleasure to work with and I'm glad that we were able to achieve the results that we did. Talk to you soon.

Right from the start, Ron represented me as if I've known him for years. He was personable, thorough and dependable. I had confidence in his words, because Ron always followed through. I am forever thankful for his expertise.
This review is from a person who hired this attorney.
Hired attorney
Ronald Weiss' response: Thanks for the 5 Star Review!! This was a great testimonial to wake up to. I really enjoyed working with you guys and am so glad that we were able to achieve the result that we did!

Ron Weiss is an expert in the field of Law! He assisted with filing a lemon law lawsuit after my vehicle had been in the shop more than 8 times for the same problem with no resolution. He was able to explain the process and answer any questions I had promptly. I would most definitely recommend Ron's services to friends and family!
This review is from a person who hired this attorney.
Hired attorney
Ronald Weiss' response: Nichole, thanks for the 5 star review and for the incredible testimonial!! Representing clients like you make my practice so enjoyable. I'm glad that we achieved the result that we did and I look forward to hearing from you in your future endeavors.

You Won't Find a Better Lemon Law Attorney A+++

What a great experience we had working with Ron Weiss in regards to our Lemon Law Case. Not only is Ron a very competent attorney but also a great person to work with. Ron made the entire process so easy. During the entire process he got back with us in a speedy fashion, answered any and all questions, and put enough pressure on the car manufacture that resulted in a win for my husband and I. You will be more than happy if you choose Ron to represent you.
This review is from a person who hired this attorney.
Hired attorney
Ronald Weiss' response: Thanks for the 5 Star review and the incredible testimonial!! It was a pleasure working with both of you and I'm certainly happy that we achieved the result that we did. Thanks again!!

When I started dealing with my lemon vehicle, I was dreading this process but Ron keep me in the loop the entire time and was available whenever I needed! His communication throughout was fantastic and I was up to date the entire time on everything that happened. I didn't expect to win when going against GM but I couldn't be happier to be out of my vehicle all thanks to Ron! He has the experience and I would recommend to anyone with a lemon vehicle.
This review is from a person who hired this attorney.
Hired attorney

Very knowledgeable. When other attorneys said I didn't have a case for my 2016 Camaro Mr Weiss took on my case and won it for me. Returns calls and emails fast. Great guy !!
This review is from a person who hired this attorney.
Hired attorney
Ronald Weiss' response: It was a pleasure and I'm so glad that we were able to attain the results that we did.

THE MANUFACTURER DIDN'T STAND A CHANCE!

If you want a attorney that's honest, sincere, trust worthy and successful with out compromise, Ron Weiss is your man! He did everything he promised! The Manufacturer didn't stand a chance! I am so grateful, I chose Mr. Weiss for my legal needs.
This review is from a person who hired this attorney.
Hired attorney

I have never had a great experience with a lawyer, until now. My husband and I can't than Ron enough for helping us resolve an issue with such ease.
This review is from a person who hired this attorney.
Hired attorney

I email Ohiolemonlaw and that't how I got in contact with Mr. Ronald Weiss. Mr. Weiss a very nice man and a wonderful person to work with. He explain the steps that would happen, and help by answering my question. Without the help of Mr. Weiss I wasn't getting that far with GMC. Mr. Weiss let me know what was happening along the way which I appreciate very much.
This review is from a person who hired this attorney.
Hired attorney

AMAZING. Not only was Ron super knowledgeable about everything, he was also very fast in getting things done. Ron was very thorough, leaving nothing to chance. He handled my case with such charisma and tenacity I was impressed every step of the way. Ron kept me in the loop, explaining every detail clearly and concisely along the way. If i could give Ron a higher rating i would. The outcome was resolved was even above and beyond what i expected. Thank you Ron for all your hard work. I would highly recommend using Ron for anything that comes up in the future. Not only was he an outstanding attorney, I would even call him my friend.
This review is from a person who hired this attorney.
Hired attorney
See all reviews

I endorse this Ronald Weiss. He is an outstanding attorney that is very knowledgeable in the areas of motorcycle accidents, automobile accidents, dog bites, lemon law and other areas of law. He is very personable and he communicates very effectively.

Ron is a highly competent, experienced, and trustworthy lawyer, I endorse him.

I endorse this lawyer. Ron is an excellent attorney, trustworthy and cares for his clients.

Ron Weiss is widely considered to be the foremost expert in the State of Michigan on Lemon Law related issues. When lawyers have Lemon Law questions, they call Mr. Weiss for help. I have personally referred him a multitude of cases and he consistently gets positive results. I regularly hear that Mr. Weiss is conscientious, professional, aggressive and highly effective. If I were in need of a Lemon Law attorney, Ron Weiss is the only lawyer I would consider.