We effectively and efficiently represent people harmed by the misconduct of others.

Tom also works hard to serve the profession and public.  Currently, he serves as immediate past president of the Oakland County Bar Association, Michigan's largest voluntary bar association. in 2016, he was recognized by Michigan Lawyers Weekly as one of 30 Leaders in the Law in the State of Michigan.

From 1990 to 1991, Tom served as a judicial law clerk to the Honorable Douglas W. Hillman, then-Chief Judge of the United States District Court for the Western District of Michigan. From 1995 to 1997, Tom and his family lived in the Republic of Palau in the western Pacific, where Tom served as Assistant Attorney General and Counsel to the President for that new island nation. From 2000 to 2005, Tom served as chair of the State Bar of Michigan’s Law and the Media Committee. Since 2005, he has served as a board member of the Oakland County Bar Association, where he currently serves as president and previously  chaired the membership committee. In 2007 and again in 2013, he received the OCBA’s Distinguished Service Award.

In every year since 2006, Tom has been recognized as one of Michigan’s Super Lawyers. He also has received the highest, “AV” peer review rating from LexisNexis Martindale-Hubbell. Tom was recently profiled in Motion magazine. 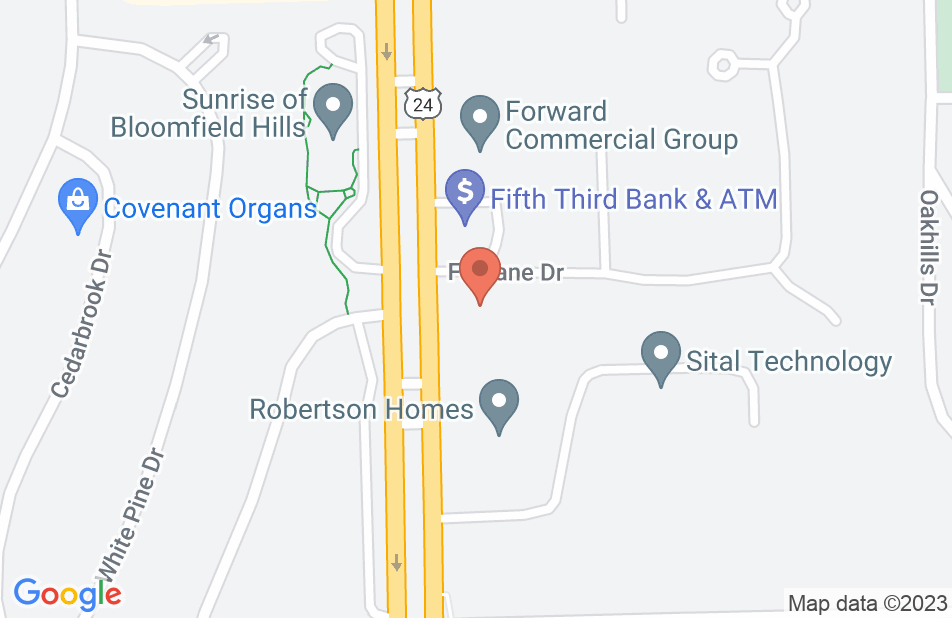 Couldn't Ask For A Better Attorney

Can't say enough about Tom. The first thing that comes to mind is GRATITUDE. Tom was first and foremost just a kind human being, supporting us through the web of confusion related to my son's wrongful death suit. I always felt my wife and I were genuinely cared about, and that the legal matters were being handled by an extremely competent and effective person., While I've heard horror stories of lawyers not communicating with clients, not so with Tom. Communication was excellent and his great written and verbal skills made the complex process crystal clear. You CANNOT go wrong with Tom on your side and he secured us a settlement well beyond anything I anticipated.

Tom Howlett is the best attorney that you could ever have in your corner! He not only is thorough and fair, but a "bull dog" when needed. He'll fight hard for you. Tom worked extremely hard on my case, and I was very impressed by his professionalism and empathy. When I retained him as my attorney; emotionally I wasn't in a good place. When we first met, I was explaining to Tom (through my tears) about my situation. I remember thinking, at that moment, he's speaking to me with such a kind and gentle voice. He allowed me time to cry and I never felt rushed to finish my conversation. Tom was very thorough in explaining how he would handle my case. He kept me posted, explained any delays or changes, and he made sure that I completely understood what would take place every step of the way. He is compassonite, professional, thorough, and truly a wonderful attorney. I highly recommend Tom Howlett!!

I can't even begin to find the words to thank you for the excellent service and guidance you gave me. You were very efficient, professional and personable, which meant a lot to me! You took the time to explain everything to me so that I could understand and make my own decision. I feel you went above and beyond in my case. I highly recommend Mr. Howlett to anyone looking for a lawyer you can "trust"! This guy is not just a 9-5 attorney. Thank you again Tom for everything.
This review is from a person who hired this attorney.
Hired attorney

Pleasu4e to get to know him

Tom represented me in an automobile accident. He was easy to understand and kind. He never pressured me in anyway, just presented the facts honestly. I would suggest his services to anyone in need of an honest attorney to represent them. He isn’t a gold digger out to get the innocent. He is totally for real and again I say honest. He was very much an asset in my situation. Thanks to you Tom
This review is from a person who hired this attorney.
Hired attorney

Thomas H Howlett is a partner at the Googasian Law Firm in Bloomfield Hills, Michigan. He is one of the best lawyers I have ever had a pleasure of meeting. I contacted a few law offices before...Finally, I chose Thomas Howlett . The way he and his staff greeted my husband and myself made me feel like we were very important clients and took consideration for any conditions we had at the time. I am very grateful to Thomas Howlett for his excellent work and demonstrating professionalism. Our case was settled in no time... excellent job!
This review is from a person who hired this attorney.
Hired attorney

Wonderful. Kept me informed all the way through. Very professional. The entire staff.
This review is from a person who hired this attorney.
Hired attorney

Thomas H Howlett is an excellent attorney. My family hired Thomas during the most devastating and vulnerable period of our lives. Thomas was kind, compassionate and empathetic to our situation. He kept us informed and was very accessible. Our case was always moving forward and was resolved quickly. I would recommend him to my closest family and friends without hesitation. I feel extremely fortunate to have found such an outstanding attorney and person to represent my family.
This review is from a person who hired this attorney.
Hired attorney

Great Attorney You Can Never Go Wrong With!!!

First, I must say that I am so very grateful and thankful that my path crossed with Tom and he represented me in a Legal Malpractice case. My former attorney didn't do anything for my husband's wrongful death case for two years and eventually failed to take actions which resulted in Statute of Limitations expire. My former attorney was very unprofessional and did not even respond to my e-mails and phone calls, and this situation caused a tremendous amount of stress to me while grieving the loss of my husband. After my former attorney failed to meet the time frame to take actions in Statue of Limitations, I decided to seek for another attorney who can pursue the legal malpractice case against my former attorney and I started searching for an attorney who can represent my case. I was very lucky to be able to find Tom! Because he returned my call right away, set up an initial meeting to understand my situations/case, and offered to represent me in this legal malpractice case. Tom is very knowledgeable and professional. He was always prepared for my case, took strategic approaches when negotiating with my former attorney's insurance company, always accessible and responded to my e-mails and calls right away or within a day for the longest. He was also very patient when explaining about each phase of processes for my case. He explained in a way that I could easily understand, instead of using difficult legal terms. Tom was also very compassionate and supportive. Without Tom's continuous efforts and remarkable skills as a great attorney, I wouldn't have been able to reach a settlement with my former attorney's insurance company and win a recovery. I was finally able to come to terms, put this behind, and open a new chapter in my life. Another very important thing that I would like to say is that not only he is an absolutely great attorney, but he is also a wonderful person as a human being! He is very caring, compassionate, and simply just a great person to get to know and communicate with. I would strongly recommend to anyone who needs a great attorney who truly cares for you and your case. Tom helps people, who feel completely lost and are trying to find a light at the end of the tunnel in their lives, and provide valuable guidance. I know he did for me and made a unforgettable difference in my life. Thank you Tom!!
This review is from a person who hired this attorney.
Hired attorney

Mr. Howlett did an Exceptional Job

Mr. Howlett went above and beyond for my sister and I's case. He met with us regularly, went over in detail as to what to expect, and then fulfilled our expectations. He even has continued to advise us in additional matters. He truly made a very difficult case as easy for us as possible.
This review is from a person who hired this attorney.
Hired attorney

An Attorney that Takes Time!

I consulted with Mr. Howlett and found I had questions about a month later. He was good enough to follow up with further information that put me on the track that I needed to be on. Unfortunately, his firm wasn't large enough to take my case but he did put me in a direction where I begin my search. I so appreciate his follow through with me even though I was not his client! Thank You!!!
This review is from a potential client who consulted with this attorney.
Consulted attorney
See all reviews

Tom is truly among the best attorneys in any field anywhere in the country. He is hard working, exceptionally well prepared, and dedicated to outstanding results for his clients. I have had the pleasure of working with him on a number of cases involving clients in common and have seen first hand how hard he works to achieve the best possible results for his clients. His considerable skills are only exceeded by the fact that he is a true gentleman and a complete professional to deal with. He is the kind of attorney other lawyers emulate and is the one you want by your side when the chips are down.

I endorse this lawyer wholeheartedly. Tom Howlett is a truly outstanding attorney; in fact, one of the best in the state. He is intellectually brilliant, well-spoken, personable and professional. He aggressively represents his client's interests and is well respected by the courts.