Stuart Sandweiss is an experienced, aggressive trial lawyer. He focuses his practice on helping individuals through difficult and trying circumstances.

Through hard work and dedication Mr. Sandweiss has earned respect from clients, judges and even opposing counsel who, on several occasions, have later retained him to represent themselves or assist in other legal matters. His clients appreciate his continuing offer of a free initial consultation, his thorough and easy to understand explanation of the law, and his handling of their case with the utmost professionalism.

Mr. Sandweiss has vast experience in litigating civil, criminal and bankruptcy cases as well as dealing with various other legal matters.

In the civil arena, Mr. Sandweiss has aided many individuals and businesses navigate the murky waters of bankruptcy and has helped numerous homeowners save their homes from foreclosure.  He routinely litigates business disputes as well as consumer protection cases. He also has experience litigating insurance claims, landlord-tenant disputes, legal malpractice cases and other civil matters including class actions and tax court litigation. Mr. Sandweiss has also served as a Court-appointed Receiver to take possession of and protect real and personal property and other business assets and is available to serve in that capacity.

Mr. Sandweiss has had considerable success as a litigator, including a jury verdict for over $8 million that was subsequently affirmed on appeal.

In addition to his law practice, Mr. Sandweiss also serves as an officer and shareholder of Sandweiss & Sandweiss, P.C., a Southfield C.P.A. firm. His business experience both as a C.P.A. and as the owner/manager of a commercial maintenance company make him uniquely qualified to give practical advice on many business matters as well as understand the complexities and nuances that often accompany both bankruptcy and litigation.

Mr. Sandweiss was a Dean's Scholar, an associate editor of the University of Detroit-Mercy Law Review, a member of the editorial staff of the Michigan Business Law Journal (where he was published) and participated in Moot Court competitions.

He also served as a legal intern for Judge Patrick Duggan of the U.S. District Court and, prior to graduating law school, was inducted into the Frank Murphy Honor Society.

Mr. Sandweiss is currently a member of the State Bar of Michigan, the American Bar Association, the American Bankruptcy Institute and the Michigan Association of Certified Public Accountants.  He is a past Chairperson of the Consumer Law Section of the State Bar of Michigan and, for many years served as a council member for the SBAM Consumer Law and General Practice / Solo and Small Firm sections.  In addition he serves on the SCAO Forms Committee – General and Misc. Work Group.  In his spare time he teaches American Government and American History at a local parochial school and is an avid boater and photographer. 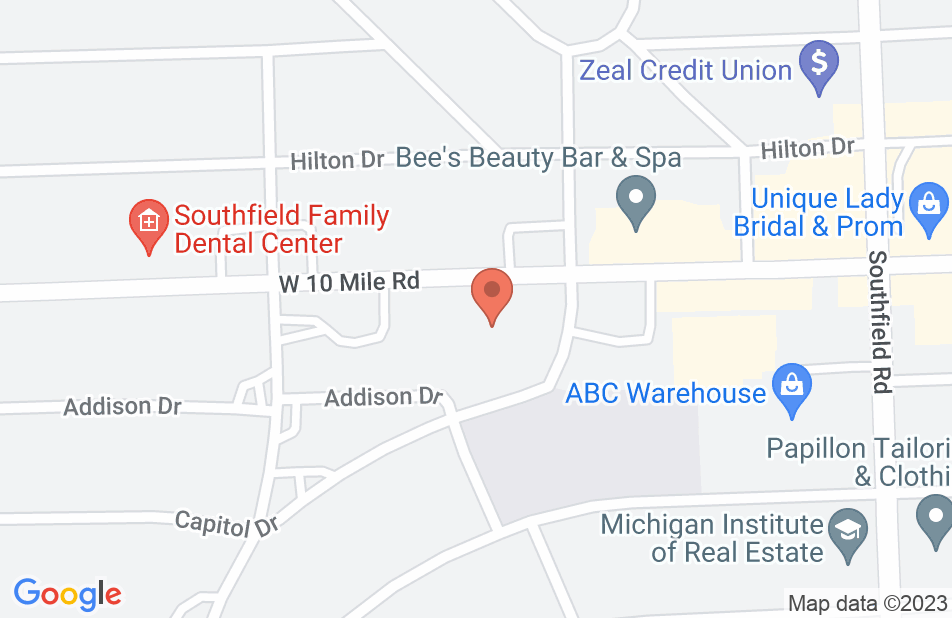 Mr Sandweiss is truly a Godsend to my husband & I

We had a very scary situation with our land contract home where we lived happily for almost 10 years. Then we had our happiness turned upside down. We felt threatened, worried and felt our home was going to be taken away from us without any explanation that made logical sense. We immediately started looking for a lawyer to represent us. I spent several hours making calls. I called Metro Detroit Bankruptcy Law Group and got in touch with Mr Sandweiss. He told me that he was going to be in the Westland area that afternoon and we could meet. Our home is in Garden City. That afternoon Mr Sandweiss & I met and he took the time to look over all the documents I had at that time and explain them to me so i could understand what was happening and what rights we had. He was extremely kind and understanding and truly understood how terrified I was. After our meeting he gave me advice on what to do and to give him a call if we needed him. We needed him. Over the last few years Mr Sandweiss has represented us in our case in Garden City Mi & in Detroit Mi. We decided to hire Mr Sandweiss because his mannerisms and he isn’t afraid fight for what is right. He sticks to the law and he knows his law extremely well. His dedication for his clients is incredible. Mr Sandweiss gave me a feeling of hope and confidence, he gave me a feeling of security that we were not going to have our home ripped away from us. Mr Sandweiss became our beacon of hope, our ray of light.He made me feel like I am a riser, a survivor of the fire. I spent many hours in the court room with Mr Sandweiss, he does not back down, he stands up and fights for what is right. I have learned a lot over this nightmare we have been living in. I thank God every day for putting Mr Sandweiss in our path. Without him, I truly don’t know what would have happened to our situation. Thanks to Mr Sandweiss, I have that confidence and feeling of safety back. I also feel like we gained an extended family member. We will forever be grateful for everything that he has done for us and no amount of start will ever be enough. He truly is amazing lawyer. We ever need a lawyer in the future I won’t hesitate to think to call, Mr Sandweiss ! THANK YOU SO MUCH FROM THE BOTTOM OF OUR HEARTS MR SANDWEISS! Words can not express how greatly appreciative we are of you!!! 5 stars is just not enough for Mr Sandweiss!! He goes above and beyond for his clients!
This review is from a person who hired this attorney.
Hired attorney

My husband and I hired Mr Sandweiss, to help us with a very scary issue ,we were being sued for something that wasn’t our fault, we were worried we were going to lose everything we worked hard for. Just when we thought all hope was gone, Mr Sandweiss became our becon of hope. He actually took the time to meet with us, go over our paperwork and broke it down to us so we could understand.He pointed out things in our case we did not know was there. Mr Sandweiss fights for what is right. He reassured, double and triple reassured us on everything. Mr Sandweiss fights for what is right. He is a fantastic lawyer and person to work with. I highly recommend him to everyone. Mr Sandweiss deserves much more then 5 stars.
This review is from a person who hired this attorney.
Hired attorney

Stuart was heaven sent! He keeps you updated, very easy to work with- explains things in layman's terms. Very knowledgeable, knows the law(s) & doesn't play around- He will fight for you and what is right! I would tell anyone to hire him! My husband & I hired Stuart for criminal charges against us, with little time before we we due in court- Stuart took our case & got our case dismissed!!! He was a pleasure to work with & I would not think using another attorney - Stuart is our attorney from here on out! We HIGHLY recommend him & cannot express enough how amazing this man truly is!
This review is from a person who hired this attorney.
Hired attorney

I highly recommend Mr. Stuart Sandweiss’s expert legal services. Several years ago, I was involved in an auto accident and received multiple tickets. Mr. Sandweiss was able to get all of the points waived and reduce my total ticket amount to $175. Recently, I had a problem with fraudulent fees and interest charges on my Home Depot credit card. Again, Mr. Sandweiss stepped in and promptly resolved the issue. I have found Mr. Sandweiss to be extremely knowledgeable, courteous and honest (which can be hard to come by in this profession!).
This review is from a person who hired this attorney.
Hired attorney

An IRS agent threatened to put me in jail claiming I owed $120,000 in income taxes and penalties. I hired Mr. Sandweiss and he got the whole mess settled saving me over $100K without criminal charges. Outstanding!!!
This review is from a person who hired this attorney.
Hired attorney

I worked with Stuart on two different cases and he did an outstanding job.

Stuart is a great attorney who I would recommend to anyone in need of his services. He is thoughtful and detailed oriented.

Brian Herschfus, Bankruptcy and debt Attorney on May 15, 2017
Relationship: Fellow lawyer in community

I endorse this lawyer. I have worked with Stuart on several business related matters and I have found him to be creative and knowledgable in many aspects of the law. I found Stuart to have integrity and propriety.