“I am passionate about the law and fighting for my clients. I have spent the majority of my career as a litigator, meaning handling lawsuits filed in trial courts resulting in substantial settlements or trials where I have a winning record. I care about your rights.”

The most important aspect of being a litigator is the ability to successfully try cases.  Bob has extensive trial experience on both the defense side and plaintiff side.  He worked on the defense side for seven years during which time he tried 35 cases to verdict and won each one of them. Bob then moved to the plaintiff side where he has worked for the past 15 years. During that time he has tried over 35 cases, winning most of them. Some of the larger verdicts include $2.82 million in an auto negligence case; $5.5 million in a medical malpractice case; $5.2 million in a jail death case; $4.7 million in a semi tractor crash case and $2.4 million in a medical malpractice case. He has worked on some of the largest and single personal injury cases in the State of Michigan and has personally settled cases amounting to well in excess of $100 million dollars cumulatively.

Bob graduated from Detroit College of Law, now called Michigan State University Law School, in 1993. Passed the bar exam and was admitted to the Michigan bar in May of 1993.

Since that time, he has spent the majority of his time working as a litigator, meaning handling lawsuits filed in trial courts typically resulting in settlement or trial.

Bob lives in Northville with his wife and 3 children. He coaches and plays hockey and enjoys college sports. 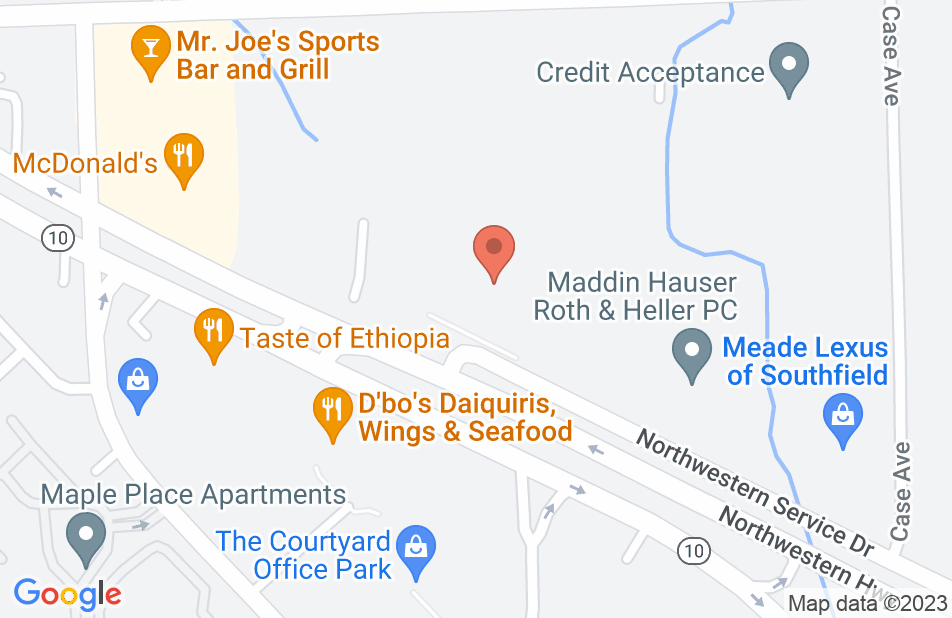 As a client of Bob's, I could not be happier with the work he did for me and my case. It was easy to tell that he took my situation as personally and seriously as I did. He also was excellent at keeping me informed of the proceedings that took place in the courthouse. He never once settled until I was happy. At the end of the day, Bob delivered me a court decision I could not have ever dreamed of. I would highly recommend hiring him and his team if you need any legal help just as I did.
This review is from a person who hired this attorney.
Hired attorney

Mr Giroux has litigated in many high claims cases; winning most. He also was an attorney for the defense where he was 39-0 saving the insurance industry millions. He treats his client with respect and kindness.
This review is from a potential client who consulted with this attorney.
Consulted attorney

Consulted Bob Giroux. He and his staff were extremely helpful. Great law office
This review is from a potential client who consulted with this attorney.
Consulted attorney

My husband was recently in a car accident and I wasn't sure how to proceed or if we had a case since at first his head injury seemed minor. I called Bob Giroux because we wanted ethical, honest advice. We were upset and he calmed us down, gave us step by step instructions about seeing a doctor. He was clear, easy to understand and we feel confident he was the right person to call.
This review is from a potential client who consulted with this attorney.
Consulted attorney

Bob is a dedicated attorney who is committed to achieve the best outcome for his clients. I strongly endorse this lawyer.

I worked with Bob for several years before he went on to start his own practice. He is a strong, zealous advocate with decades of experience litigating through trial complex and high value personal injury cases of all kinds, including medical malpractice and government misconduct. He is an excellent attorney and I strongly endorse him.

I endorse this lawyer. Bob and I have worked on a number of cases together and he has always demonstrated the expertise and professionalism I would want from an attorney if I were in need of counsel. Bob is always prepared, has a great command of the law and how to utilize it to his clients' advantage. When I have clients who are in need of counsel outside my area of expertise, I send them to Bob Giroux because I know they will be well-represented. Paul Stablein