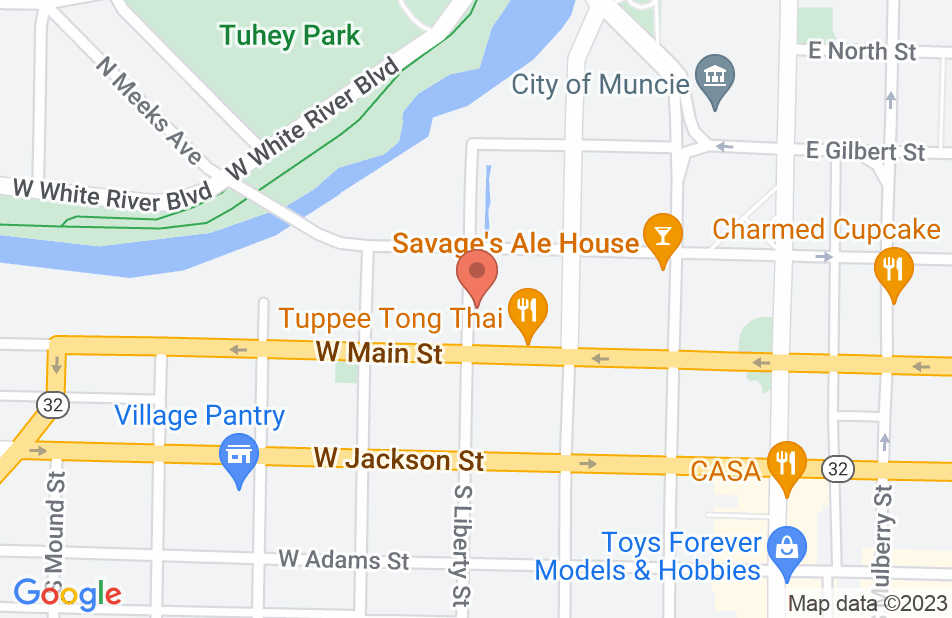 He was expensive, he was informed about the law and helped me avoid prison when the prosecutor & judge were trying to throw out a plea agreement reached under a former judge who had stepped down. I tried to hire a lawyer from the good ol boys club, Mr. Bruce was not part of that club (in madison county, his practice is in delaware county) He knew the original presiding judge who just happened to step down before my sentencing date. He was very soft spoken and relaxed, thoroughly explaining what was going on, all the way until the court room.... When they (the prosecutor and judge) tried to do whatever nonsense they attempted by backing out of the plea agreement that had already been signed, he turned into an A+ lawyer and saved my ass from prison and a renig on the signed plea agreement. It wasn't a trial, however the court cronies almost made it one and Mr. Bruce fought for my mitigating factors to be recognized. I was later told by another lawyer, that she was in the court room that day and was incredibly surprised that I didn't leave on probation (as I was one of the first cases this judge had sentenced) and return to California (my residence, where I was gainfully employed). Instead I was sentenced to 5 years with 3 suspended and 2 executed doc work release. Considering they were not wanting to do a plea agreement and try me for A felonies (none of which would stick, but the two c felonies were sure going to, there was an illegal search and seizure, however because of unsupervised probation I was on at the time it became lawful, regardless of if they knew it or not.) I recommend Mr. Bruce wholeheartedly. I would suggest, if one is in madison county, get a lawyer from madison county. However, if you are in delaware county, he is a great lawyer.

He was reasonably priced and handled the divorce. I do not find he fought hard for my rights or pushed when one needs to be more assertive. I found it odd that calls I made from the number on file went unanswered, rang only once, or the message was, "this number is not accepting calls," yet when an unknown number was used, it was answered quickly.
This review is from a person who hired this attorney.
Hired attorney

Yes, he's my husband and law partner, but he's also an assertive, knowledgeable litigator, both for family law and criminal defense cases. When my adoption cases become contested, my clients are happy he's my partner and capable of advocating for them in Court. He does not mince words, he will tell it to you straight.