Kevin D. Hughes is a trial attorney with experience in juvenile, criminal defense, domestic relations, bankruptcy and personal injury law. Mr. Hughes began his practice in Springboro working at the firm of Cornyn & Hughes. Beginning in 1999, Mr. Hughes spent two years working for a firm in Pittsburgh, PA in its litigation department representing banks and creditors in legal matters. In 2001 Mr. Hughes returned to Springboro, Ohio again working for the firm of Cornyn & Hughes before opening his own office in 2004. During that time, Mr. Hughes provided a high level of customer service and aggressive representation in Warren, Butler, Montgomery, Greene, Clermont and Preble Counties.

Mr. Hughes also lives in Springboro with his children and is very active in the Springboro Community including supporting athletic teams and local youth sports. 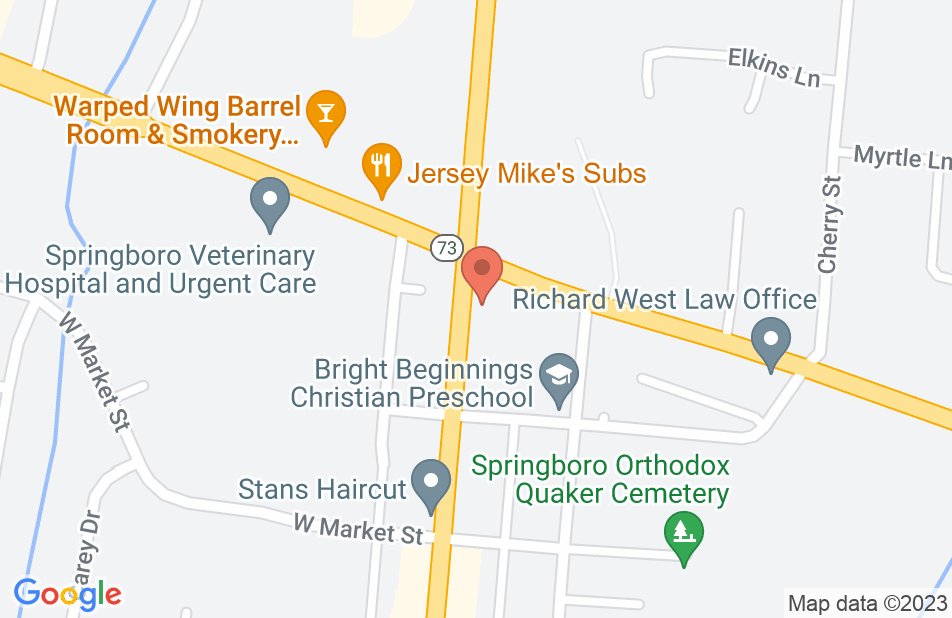 Hired Kevin for an OVI in Franklin Municipal Court. He worked magic in getting the case resolved and getting my suspended license reinstated. Highly recommend Hughes Law Office
This review is from a person who hired this attorney.
Hired attorney

He didn't do anything for me, I would have been better off with a public defender. He must have paid someone for his previous reviews that list him as 5 STARS, in my opinion he is worth a half star just because he had a very nice assistant. He knew I was innocent but he wanted me to take a plea bargain so he didn't have to do the necessary work to prove my innocence. My appeal attorney said this shouldn't have gone to court. To top it off when I complained to Kevin after I was called to Jury Duty and explained the process as to why he didn't recommend a jury or tell me that I didn't have to take the stand, he told me not to contact him again or he would call the police on me for harassing him.
This review is from a person who hired this attorney.
Hired attorney