Mr. Griffin's practice encompasses all facets of personal injury law, with an emphasis on professional liability. Since he practices as both a member of the defense and plaintiff's bar, he possesses a rare insider's viewpoint into the handling of lawsuits.

Since 1988, Stephen Griffin has been involved in a diverse caseload of civil litigation including over 150 jury trials. He has handled lawsuits in Ohio and Pennsylvania and civil litigation in 24 Ohio counties, the Northern and Southern District Federal Courts and numerous out of state Federal district courts.

His practice focuses on medical malpractice and complex business/commercial litigation. He has represented Fortune 500 companies and smaller businesses and corporations in "Bet the Company" litigation, as well as contractual disputes, dissolutions, false advertising, unfair competition and trade secret violations.

Mr. Griffin was recognized by The National Association of Distinguished Counsel as being in the Nation's Top One Percent every year since 2015. In 2014, he was selected as Lawyer of the Year (Akron Region) Health Care Law (Medical Malpractice lawyer). He has been recognized by his peers as one of Ohio's Top Commercial/Business litigators and has been named an Ohio Super Lawyer every year since 2005. He has been selected for inclusion in The Best Lawyers in America every year since 2007. In 2015, The American Institute of Personal Injury Attorneys (AIOPIA) selected Mr. Griffin as one of the Personal Injury "10 Best" Attorneys in Ohio for Client Satisfaction.  And, in 2016, he was selected as regional Lawyer of the Year in Real Estate Litigation.

Mr. Griffin graduated from Grove City College with a B.A. in business in 1982. He earned an MPA from the University of Pittsburgh, Graduate School of Public & International Affairs in 1984 and his law degree from the University of Akron School of Law in 1987. He is a member of the Ohio State Bar, Pennsylvania State Bar, Stark County Bar, United States District Court - Northern District and Southern District, and the United States Court of Appeals 6th Circuit.

Mr. Griffin is on the Board of Trustees for the Dr. Lawrence Onoura Memorial Hospital. He resides in Canton, Ohio, with his wife, Kim, and their four children. 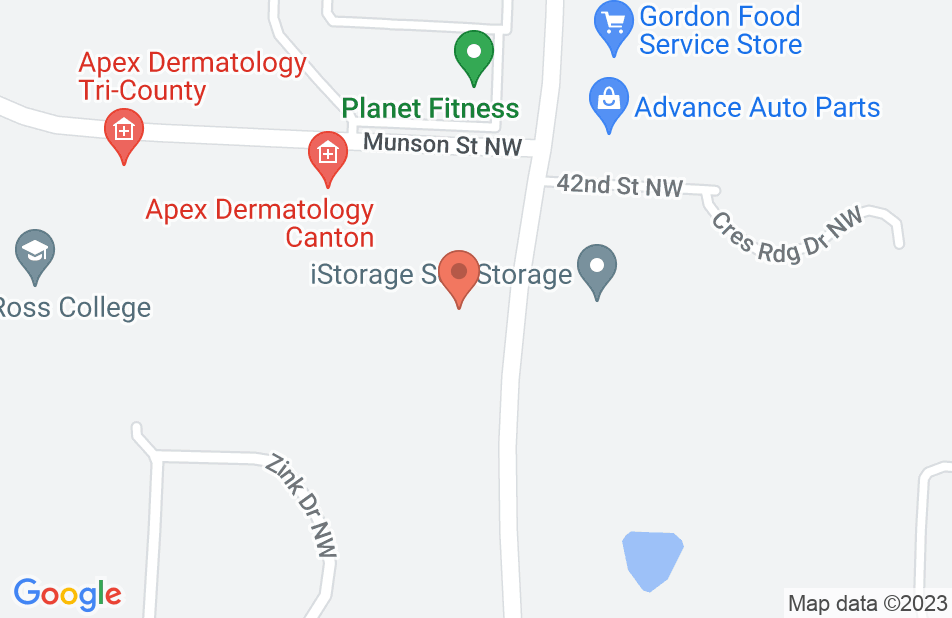 I hired Atty. Griffin to protect me in a homeowners insurance policy stituation. Mr. Griffin was attentive, compassionate, quick to get back to me, and did a great job. He is an utmost professional.