Maria C. Klutinoty Edwards is a partner with Tzangas Plakas Mannos Ltd. Her practice includes litigation on behalf of commercial clients and individuals in matters ranging from complex business litigation to wrongful death and personal injury, to probate litigation. 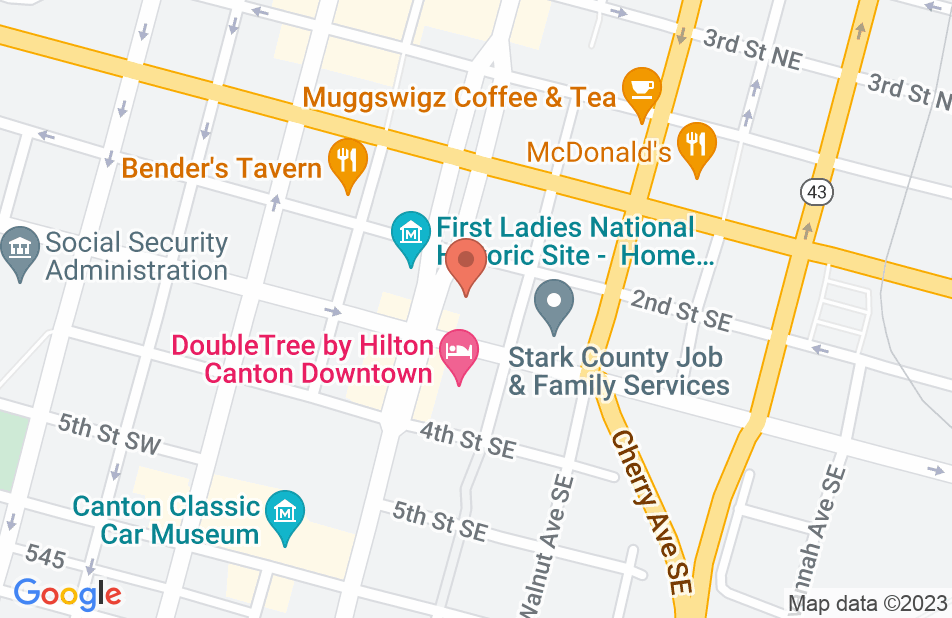 Maria is a very professional and smart attorney and above all is very sensitive, companionate and warm lady. She helped me tremendously understanding the legal terms and the process which was completely foreign to me. She walked me through the case step by step and gave me the courage to go through the most difficult time of my life.
This review is from a person who hired this attorney.
Hired attorney

Before hiring Maria, I was skeptical that an attorney would even be worth the trouble. However, I was certainly proven wrong. My experience could not have been any more wonderful, as every step of the process was seamless. Also, and perhaps most importantly, Maria was able to secure a settlement for me that far exceeded even my most unrealistic expectations. I would hire Maria again tomorrow with complete and utter confidence.
This review is from a person who hired this attorney.
Hired attorney

Maria represented my family in a medical malpractice case. Maria was incredibly professional and knowledgeable, but what made her stand out to me was her compassion. She truly cared about me and our case. She helped me process the complexities of the case and truly fought for what was best for my family. She kept me updated every step of the way. She was available anytime I needed her. She represented me and my needs completely. I could not have asked for a better attorney and am completely satisfied with the outcomes.
This review is from a person who hired this attorney.
Hired attorney

Maria was recommended to us by our tax attorney, and we are pleased she was. She handled our case very professionally and was quick to respond to any/all our concerns. I would definitely not hesitate to contact her if needed in the future.
This review is from a person who hired this attorney.
Hired attorney

Excellent Attorney Who you Want on Your Team

Maria and her team have become essential partners in the growth of our business. In the several years we have worked with Maria she has grown into a trusted partner that we can go to for all of our small business and personal legal needs. In running a small company it is critical to have an attorney you can trust and cares more about your long-term success rather than just billing you extra hours. She is always accessible to us and super quick to get back to any of our requests. We are very fortunate to have Maria on our Team!
This review is from a person who hired this attorney.
Hired attorney

Attorney Maria Klutinoty Edwards represented me in a business litigation case. She is a caring and compassionate attorney. She is dedicated to the righteousness of her clients. Her professionalism is impeccable. Maria expressed strong values and commitment for the success of my case. I am grateful to have had such an outstanding attorney to handle my case. Maria's wisdom, knowledge, and intelligence makes her one of the best attorneys in the state of Ohio.
This review is from a person who hired this attorney.
Hired attorney

Attorney Klutinoty Edwards represented me in a very complex business litigation which involved numerous parties, international and domestic companies, ten attorneys, many thousand documents, and depositions from international witnesses including travel to other US cities. I was a "third party counterclaim defendant". She and her firm were able to explain the issues so I could understand them. All filings, document submission and paperwork were the earliest of the litigants. Her witness interviews were concise and right on accurate with no grandstanding. Her knowledge of the relevant issues seemed above the other law firms, and although my role as a defendant was relatively minor, she and her colleagues took a lead role in the final outcome of the whole case. I am very grateful for Ms. Klutinoty Edwards representation.

Our company and the company's owner has engaged the services of Ms. Klutinoty Edwards for the past four years and has found her to be a hard working and well qualified attorney. She has demonstrated that she what it takes to represent the company and company owner in difficult and stressful situations with the goal towards obtaining the best results. I would highly recommend her to provide legal assistance especially in complicated legal matters.

A very trustworthy attorney that puts your needs first

Maria is my top choice attorney that has gone over and beyond everything that was thrown her way in my case. She is very prompt when meetings are setup, respectful of everything that I asked for and when giving her opinions on what we should and shouldn't do. Maria is also very thorough in her work. I honestly couldn't have asked for a better attorney to represent me.

Maria and her team have always been a group we can count on. They handle our legal matters with diligence, leaving no stone unturned. In our latest matter, their interdiction and representation saved us thousands of dollars of exposure. I know that if Maria is working on a case for us, that it will be handled as if it is her only priority. It feels good to entrust our legal matters to somebody who genuinely cares about their clients.
See all reviews

Maria may be the most conscientious lawyer that I have ever met and is an excellent advocate.

Attorney Edwards is a phenomenal lawyer. She is highly intelligent, dedicated, and hard working. I highly recommend her as a person and as an attorney.

Having known Maria since our days at Akron Law School, I can convincingly state that she is an extremely intelligent and diligent attorney who is not satisfied with "average" work-product. Rather, she strives to provide the highest level of representation possible. I would highly recommend Maria as a competent, credible, and very professional attorney.