A graduate of Harvard Law School, former Deputy Ohio Attorney General, and national award-winning investigative journalist,  Tom Merriman brings a unique set of skills to his work as a personal injury attorney.  A partner at  Landskroner Grieco Merriman, LLC, ("Team LGM") Tom graduated magna cum laude and earned phi beta kappa honors while majoring in Economics at the University of Notre Dame.   At Harvard Law School, he achieved the rare grade of A+ in both Negotiation and Jurisprudence.   Harvard Professor Roger Fisher, the world-renown negotiation expert and author of "Getting to Yes," selected Tom as his teaching assistant.  As a law student, Tom led small group negotiation seminars for experienced attorneys at the Harvard Negotiation Project.

At the age of 29, Tom was appointed Managing Attorney of the Ohio Attorney General's Cleveland office.  Promoted to Deputy Ohio Attorney General, Tom directed a team of over seventy assistant attorneys general, investigators, and support staff.   Ohio Attorney General Lee Fisher trusted Tom to create and lead multiple innovative law enforcement and litigation programs.  Creating the Consumer Fraud Strike Force, Tom developed a strategy to immediately shut down and seize the assets of bogus charities, scam artists, and telemarketing boiler rooms before they had the opportunity to flee the state.   He also directed "Operation Windfall,"  the most successful fugive sting operation in our nation's history.  Profiled by the New York Times, the program secured the arrest of 1100 fugitive felons by luring them to government offices to pick up a tax refund or settlement checks.

Tom launched Operation Crackdown which relied upon statutory nuisance laws to close over 150 neighborhood drug houses.   In 1994, the Council of State Government honored Operation Crackdown with its Innovation Award recognizing the program's success transforming "drug houses into dream houses" for low income families by securing the transfer of ownership to neighborhood redevelopment organizations. Tom's work for the Attorney General gave him extensive courtroom experience persuading judges to grant extraordinary remedies.  As a member of Attorney General Fisher's Executive Staff, Tom advised the AG on all major litigation and policy issues.

After serving in government, Tom decided to use his skills as an attorney to become a watchdog of government.   In 1995, he redirected his career into investigative journalism, first with WEWS-TV and then with the WJW Fox 8 I-Team.  During his fourteen years in Cleveland television, Tom won more Emmy Awards (37) than any other reporter in the market.

His 25-part investigative series exposing fraud in the Cleveland Municipal School District's transportation department won the most coveted national honors in investigative journalism, the I.R.E. Medal from Investigative Reporters & Editors and the Alfred I. duPont–Columbia University Silver Baton (what Columbia describes as "the Pulitzer Prize of broadcast journalism").

Tom was profiled in a 2006 PBS documentary entitled, "The Best of Broadcast Journalism."  He was also appointed an Ethics Fellow by the Poynter Institute for Media Studies.  The Fellows program was established "to recognize outstanding journalists who demonstrate a concern for journalism ethics and values."

In 2001, Tom produced a series of reports exposing Cleveland Imam Fawaz Damra's role as a fundraiser for the terrorist organization Palestinian Islamic Jihad as well as Damra's ties to the original World Trade Center bombers.   Damra was ultimately prosecuted and deported for lying on his citizenship application about his ties to terror organizations.   In 2002, Tom led a hidden camera investigation in South Korea which documented U.S. military police protecting American soldiers frequenting establishments where trafficked women were held as sex slaves.   The reports triggered a Department of Defense Inspector General investigation, Congressional hearings, and reform of the  Uniform Code of Military Justice.   In 2003, Tom's investigation into wasteful spending at the taxpayer-funded Cleveland Convention & Visitor's Bureau triggered the resignation of its President and the dissolution of its Board of Directors.

Tom returned to the courtroom in 2009 as a trial attorney for Landskroner Grieco Madden, LLC.  Armed with a broad range of skill and experience, Tom represents plaintiffs in matters ranging from car accidents, truck crashes, medical negligence, nursing home neglect, catastrophic injuries, and wrongful death.  In 2012, Tom was named a partner at Landskroner Grieco Merriman, LLC.  He was recently designated a Super Lawyer as one of the top attorneys in the state of Ohio.

Tom lives in Shaker Heights with his wife Annie and their four children. 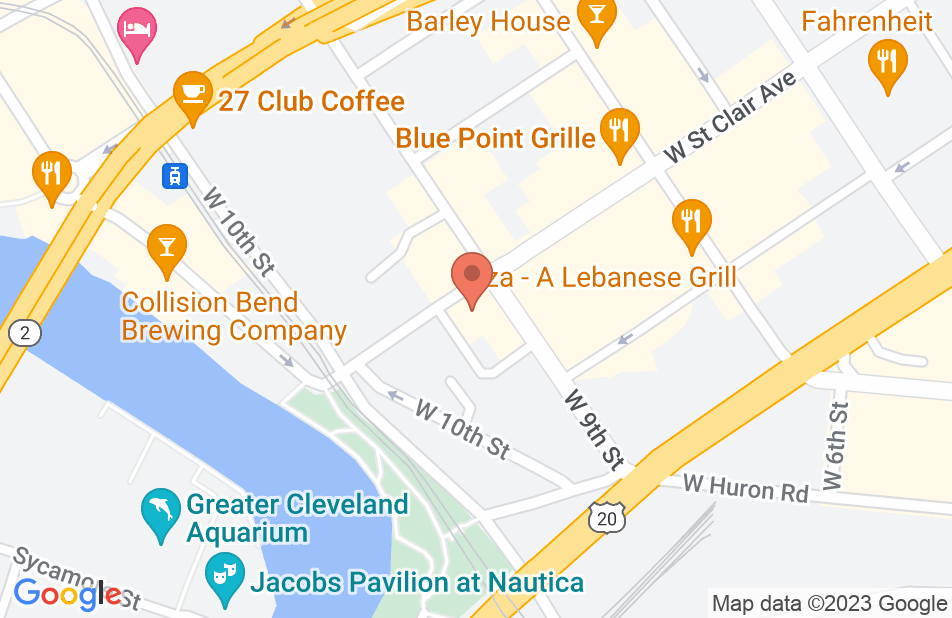 Tom & his staff were absolutely perfect from start to finish, I can't recommend him highly enough! He led us through a difficult healthcare-related legal situation with kindness, respect, and care. He was always very approachable yet professional, down to earth yet extremely capable and helpful at every turn.
This review is from a person who hired this attorney.
Hired attorney

Tom Merriman and his whole legal team are the best of the best!! I would highly recommend him to anyone!! Not only did he have the experience to know what to do with our case, he went above and beyond! We were warned in the beginning that this would possibly take a few years to settle, and we did have numerous unforeseen obstacles against us, but even though it took a long ten years to settle, we were never out of the loop with any new findings along the way. We were assured every step of the way. He's my attorney for LIFE!!!!
This review is from a person who hired this attorney.
Hired attorney
See all reviews

I endorse this lawyer. Tom is an excellent lawyer and advocate for his clients. I highly recommend him.

I recently concluded a case with Tom. He was a strong advocate for his client and appeared to care tremendously for him. As an opponent, he was trustworthy and honorable. I look forward to "locking horns" with him again.

Strong advocate with the ability to get to know his clients and communicate their situation to opposing counsel and a jury. Fair, honest and straight forward, he is great to work with.