As founder of Soroka & Associates, LLC, Roger R. Soroka represents the rights of people in Columbus, Ohio. He focuses his practice on handling criminal defense case, plaintiff side personal injury, and plaintiff side commercial litigation.

Protecting his clients' rights and fighting for the injured is Mr. Soroka's priority. He knows the serious consequences associated with a criminal charge or conviction, and thrives to give a voice to those that have been hurt. He has spent his career taking on even the most challenging cases. A skilled litigator, he knows how to build a strong defense by using compelling evidence and picking apart the prosecution's argument. Over the course of his career, Mr. Soroka has obtained a number of dismissals and other victories. 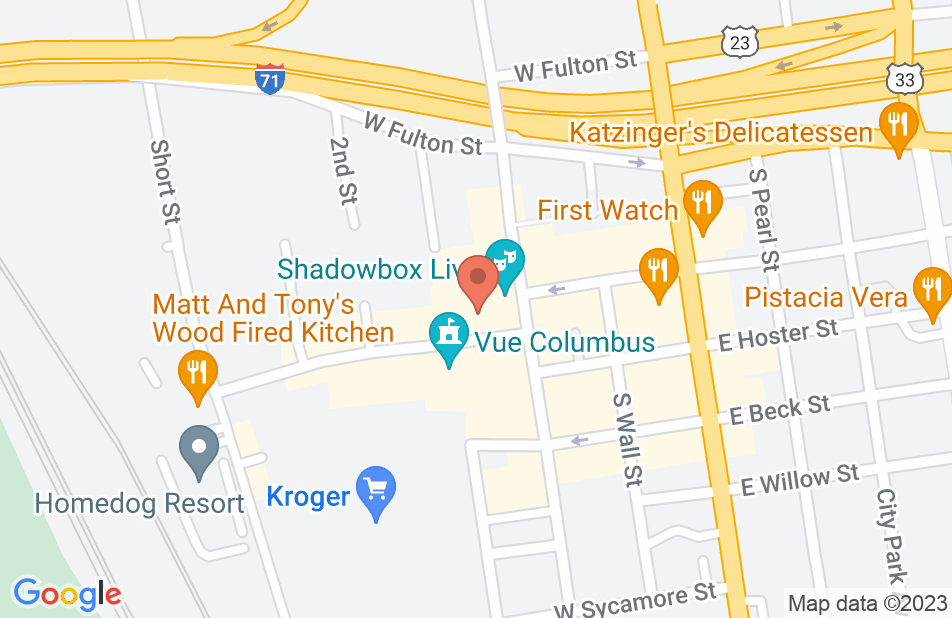 Attorneys will to fight for you.

Both Attorneys Roger Soroka and Josh Bedtelyon went the extra mile in their defense for up to and including going to trial to make sure my case was heard and adequately defended. His entire staff was helpful throughout this trying time in my life, and I could not be more pleased with the results. I would recommend Soroka and associates to anyone that needs legal representation
This review is from a person who hired this attorney.
Hired attorney

I was pulled over and charged with OVI in Licking County. We hired Roger to handle my case. The night of the incident, I had one beer 2.5 hours prior to leaving. I was driving my husband's pickup truck and drove on the white lines while I was trying to find the cruise control. I was pulled over and asked to do the field sobriety test. I did what was asked of me and believed to have passed the tests. The cop believed I did not pass the tests, and placed me under arrest. There were several things that we believed that the cop did incorrectly- incomplete directions during the test, searching my person (male cop), saying he smelled alcohol when there was no smell, etc. He asked me to do a breath test, and I declined, due to the law that states it is the cop’s discretion to charge you even if you blow a 0.01. The cop ultimately ended up breath testing my husband, who had nothing to lose since he was a passenger in the vehicle. My husband blew a 0.00, and drove us home. Licking County has zero tolerance when it comes to OVI’s, so they either drop it or go to trial. We went to trial and Roger believed we had a good case. If I was found guilty, I was looking at a minimum of 10 days in jail, along with fines and whatever else the judge may require. Roger and his colleague Josh did a great job during the trial and the outcome was a hung jury. I was not charged and we believed the whole ordeal to be over. A few weeks later, we received news that they wanted to have a re-trial. Roger and Josh were very prepared for the re-trial and did an outstanding job. Every single jury member voted Not Guilty and I was not charged. From the date of the incident to the completion of the re-trial, the timeline was about 1 year. During this time, I was completely stressed, anxious, and overwhelmed with what the outcome could be. We received the best outcome that we could have asked for, and I am so thankful for and appreciative of Roger and Josh, and the time and work that they put into my case.
This review is from a person who hired this attorney.
Hired attorney

Mr. Soroka & his firm has went above and beyond for me! He has spent countless hours with me explaining things, fighting for me, researching info, and has always made my family & I feel like more than just a client. Any legal needs that I may ever have, I will always call Mr. Soroka first! He achieved the same or better outcomes than some attorneys who wanted 3 times as much money.
This review is from a person who hired this attorney.
Hired attorney

My family used Roger as representation for a OMVI case and an eviction proceeding. He was very professional and he handled my case promptly. I would highly recommend retaining him as counsel.
This review is from a person who hired this attorney.
Hired attorney

After utilizing Roger as my attorney for several different legal matters, I would highly recommend his services to anyone who has specific small business legal needs. Roger is very timely in his communication and very efficient in the work he has done for me. Roger has reviewed and advised me on several of my small business contracts as well as represented me in court for a variety of small business matters.
This review is from a person who hired this attorney.
Hired attorney

Best in the business!

Roger has handled all of my legal issues for the last 6 years, from starting multiple companies, to real estate disputes. He is amazingly knowledgeable. I won’t go anywhere else for legal help.
This review is from a person who hired this attorney.
Hired attorney

Roger offered very thorough legal council in regards to a traffic infraction. Not only was he quick, and diligent but explained the process in great lengths so I understood my options. I would recommend him to anyone in search of quality and speed
This review is from a person who hired this attorney.
Hired attorney

With a pour decision I immediately contacted Roger. Not only was he very informative, his quickness to take action left me with confidence with the outcome. This case was also located out of town. I highly recommend Roger for any of your legal needs.

I can't even begin to say enough positive things about my experience(s) with Roger. What I can say, is that sometimes life throws us obstacles that can be challenging, and finding a dependable and trustworthy attorney can make all the difference. I'm always 110% confident in Roger. He's a very dedicated attorney and makes himself available to you. One thing that I truly respect about Roger is his honesty. He tells you the truth, whether it's what you want to hear or not. He's not that attorney that tells you what you want to hear just to take your money. If you want an attorney that truly cares about your situation, is hard-working, honest, and will strive to help you seek justice or overcome whatever obstacle is standing in your way, then I have not a single reservation in saying that this is your guy! He has truly been a blessing to me!

i want to take this time to just thank and recommend, roger soroka for the time and dedication he put into my case. my case was a difficult one, and roger was speedy with the process of not prolonging the case. he made sure it was done in a timely manner, was fast to get back with me, and made sure that i really had nothing to worry about. ive never been around a real proffesional attorney untill i met roger. again thank you and would just like to say that without him inspriring, pushing, and motivating me to be a better man, i would probably have or already returned to the lifestyle i was living. so for that im proud to say that roger soroka is a great attorney and a good friend thanks.
See all reviews

I highly recommend Mr. Soroka for your personal injury law needs. He has demonstrated a high degree of excellence to meet your legal needs.

Travis Mohler, Criminal defense Attorney on May 16, 2015
Relationship: Worked together on matter

I endorse Roger. He is a highly skilled attorney that is well respected in the legal community.

I had a case with Mr. Soroka and he did an excellent job for his client. I certainly endorse Roger as an attorney.

I have worked with Mr. Soroka on cases where our areas of law overlap. Roger's work ethic comes from his passion for providing the best representation possible for his clients. I not only recommend but encourage others to seek out Roger and his firm for legal advice.

Roger Soroka is an excellent attorney. He is thorough and dedicated to the best result for his clients at all times. It has been a pleasure to work on matters with Mr. Soroka and I would highly recommend him for anyone looking for a reputable lawyer in the business or corporate law fields in Ohio.