Before opening Josh McIntosh Law, Josh worked as a federal Judicial Law Clerk for the Honorable William O. Bertelsman of the United States District Court for the Eastern District of Kentucky and as a felony prosecutor for the Kenton County Commonwealth Attorney’s Office. Through working for Judge Bertelsman as well as the three years he spent representing the Commonwealth of Kentucky, he developed a strong passion for all aspects of being a trial attorney, including litigating, counseling, negotiating, writing, and researching. As a life-long citizen of the Northern Kentucky and Greater Cincinnati Area, Josh now devotes his practice to serving those in his community by providing them with high-quality, results-oriented legal representation.

During his federal judicial clerkship he further developed his excellent legal writing and research skills—both indispensable qualities for an effective trial attorney—which culminated in a published federal appellate opinion that he drafted for a case in the United States Court of Appeals for the Sixth Circuit. Additionally, during his time as a felony prosecutor, he cultivated his oral advocacy, counseling, and negotiation proficiency. For example, he represented the Commonwealth of Kentucky in numerous felony jury trials while contemporaneously managing an average caseload of above 140 felony cases, negotiating plea deals for these cases, and providing advice and counsel to police officers, victims, and witnesses on a daily basis. 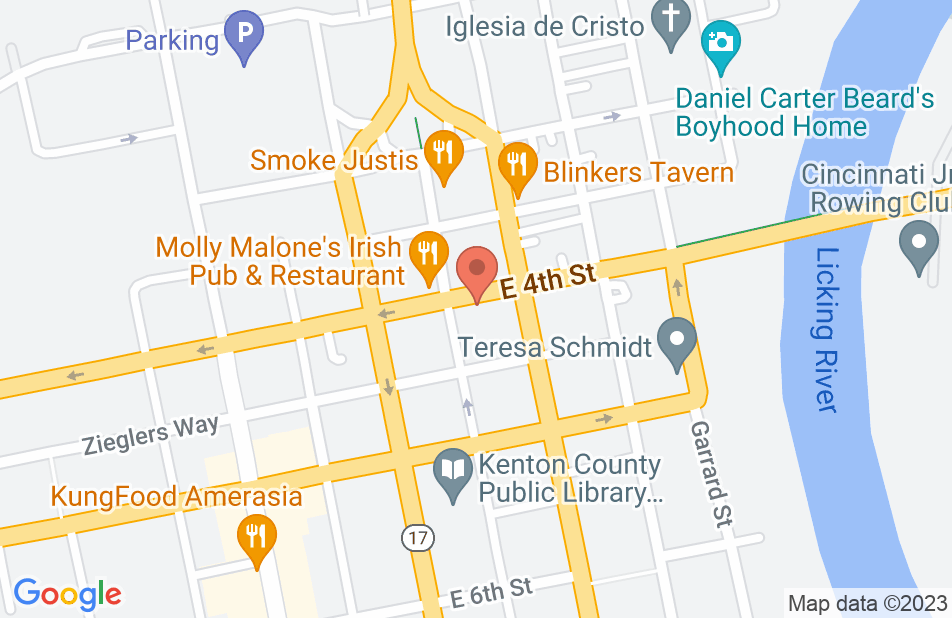 Josh was amazing. He did what what needed showed up in a time of covid as well as court hearings way out of his way! He did More than I could have asked for. He is great at what he does and always did a good job at putting me at ease when I was stressed out. He did a fantastic job.
This review is from a person who hired this attorney.
Hired attorney

Josh was very attentive. He answered any and every question I had about my Dui case. He recommended things that I could do to help my case have a more favorable outcome and anyone who is in need of great attorney who always keeps you informed should definitely hire Josh.
This review is from a person who hired this attorney.
Hired attorney

He did exactly what he said and got me even better deal. After he represented me I text him months later on a Sunday and he responded And tried to help me. I was VERY please with him.
This review is from a person who hired this attorney.
Hired attorney
Joshua McIntosh's response: Thank you so much Starr!

Mr. McIntosh was very straight forward with me. Whenever I contacted him he always got back to me in a timely manner. Mr. McIntosh assured me he would fight for my rights and that is exactly what he did. I would recommend him 100% to anyone who needs legal assistance!!
This review is from a person who hired this attorney.
Hired attorney
Joshua McIntosh's response: Thanks, Jason!

I had contacted Josh on a Sunday evening and within minutes he returned my call! I had court that Tuesday. Within two days of answering my original call and being Thanksgiving week, he was able to get me the lowest sentence possible in my case! He answered every call and text I sent him. Not only that but I was able to be home with my family for the holidays and able to keep my job. I am truly grateful for his service and would recommend him to anyone facing legal problems. He is also very affordable, especially for the work that he performs. I honestly couldn't thank him enough!
This review is from a person who hired this attorney.
Hired attorney
Joshua McIntosh's response: Thanks, Sam! You were a wonderful client.

Josh McIntosh worked with me for a probation violation and helped get me the best possible outcome for the charge. I highly recommend working with him!
This review is from a person who hired this attorney.
Hired attorney
Joshua McIntosh's response: Thank you so much!

I know absolutely nothing about the legal system and to make matters even worse, at nearly 40, I had never even had so much as a speeding ticket so when I was arrested & charged for a much more severe traffic violation, words cannot describe how terrified and lost I felt. I found Josh via google and based on his rating, I secured his legal representation and could not have been more pleased with the outcome. Though things looked bleak, he continued to strive forward with a plan and the ultimate outcome was beyond great. I would recommend Josh to anyone in need of a good lawyer that will fight for his client.
This review is from a person who hired this attorney.
Hired attorney

Did a good job

He was an attorney I used before and had to have again and he did a good job I recommend him to anyone.
This review is from a person who hired this attorney.
Hired attorney

My first experience dealing with a lawyer was pleasurable thanks to him!

Josh was great!! After calling a dozen lawyers with my case I was referred him and I am so grateful! He was always one phone call away for questions and updates. He explained to me what he could do for the case and that’s exactly what he did! And FAST!!!! He also had the most reasonable price. Thanks again Josh!
This review is from a person who hired this attorney.
Hired attorney
Joshua McIntosh's response: Thank you!

So I call Josh with an issue with misdemeanor charge I was dealing with. I have a long history of arrests...maybe 40 times or so. Nothing awful, just a bunch of little things that would GUARENTEE a conviction on my current case. ( although i was innocent ) Did I say GUARENTEE? Like, I'm on probation kind of guarentee, FELONY probation. So, other than the honest answers to my questions, other than the -doing the things he said he would do-, my situation is over now, and it began by calling Josh. I'm not the kind of guy that even writes reviews on the internet. I usually don't care enough to choose writing a review over surfing youtube or something, but I feel compelled. This is a good Guy were talking about here, and an extremely knowledgable lawyer. There's plenty of good ones to choose from, but if you're worried about finding a Cost Effective lawyer for a Criminal case, mark my words on this guy. He seems to care , and he does his job. You'll see.
This review is from a person who hired this attorney.
Hired attorney
Joshua McIntosh's response: Thank you!
See all reviews

As a fellow lawyer in the community, I can verify Josh's reputation as an amazing criminal defense attorney. He is well versed in the law and fights tirelessly for his clients. I highly recommend him.

I've known Josh in his role as both a prosecutor and a defense attorney. He is always well prepared, and is a very forceful advocate for his clients.

I endorse this lawyer. Josh worked for 4 years in the prosecutor's office and that experience helps him defend his clients today.

Josh and I were study buddies during law school and remain friends. He excelled during and after law school - practicing with the Commonwealth Attorney's Office and then as a Law Clerk to a Federal Judge. Josh will either have the experience and skill to handle your case, or else he will find the right lawyer for the job. Most importantly, he'll provide great customer service along the way.

Mr. McIntosh is an exceptional lawyer with a proven track record of working hard and getting the best possible outcome for his client's. I highly recommend him!