Legal Experience: Admitted to Practice in all Mississippi State and Federal Courts and in the Supreme Court of Mississippi as well as the United States Court of Appeals for the Fifth Circuit. Has appeared before all 8 current Judges in the Mississippi Workers Compensation Commission. Successfully represented countless number of injured clients in settlements, trials, and on appeals to the Workers’ Compensation Full Commission and to the Court of Appeals of Mississippi. Served as Municipal Judge for Bentonia, MS for 4 years. 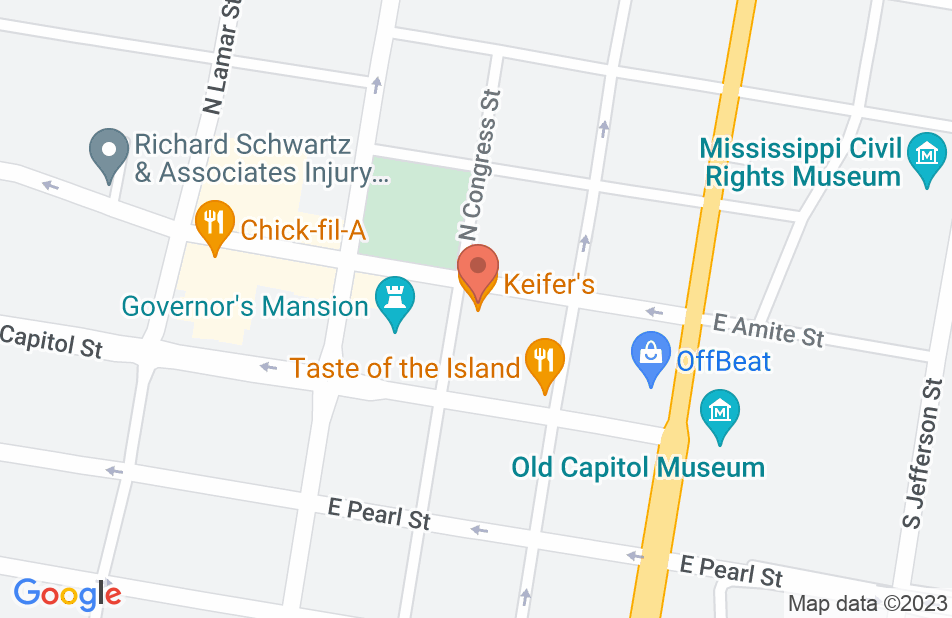 I couldn't have found a better attorney who shows love and support. They stood by me every step of the way, and didn't give up on me.
This review is from a person who hired this attorney.
Hired attorney

The Law Firm of Chhabra and Gibbs are a group of amazing attorneys. They provided me with professional services that exceeded my expectations. I was injured on the job and was going thru some very trying times; but Rogen and his team walked me thru the process step by step. I never felt alone! Most importantly, they listened to my story and were readily available to lend an ear. Lastly, Rogen, Amanda, Jessica and Jordan collectively worked out a settlement that drastically reduced the stress of financial uncertainties. Thank you so much!!

Rogen is smart, passionate and fought for me! He is honest and I trusted him 100% to handle my case and to get the best compensation possible. I have recommended Rogen to all my friends and family.
This review is from a person who hired this attorney.
Hired attorney

Had a great experience with my legal case here at this law firm, good lawyers and good support staff. Will be recommending to others. Thanks
This review is from a person who hired this attorney.
Hired attorney

Treated me like family during my workers compensation case. Made sure all my questions were answered and helped me through the whole process.
This review is from a person who hired this attorney.
Hired attorney

Bad law firm overall I was never warned when in advance with my current lawyer was going to leave new attorney was horrible and when I decided to contact the bar he decides to step in and contact me he was suppose to be at my hearing but wasn't
This review is from a person who hired this attorney.
Hired attorney

Rogen may be one of the brightest lawyers that I have ever had the privilege of working with. He is aggressive, passionate, and a tireless advocate for justice. I recommend Rogen without hesitation for any legal matter.

I have worked with Rogen on several worker's compensation cases and he does an excellent job. Very well prepared and has an outstanding knowledge of the law.

I endorse this lawyer. Rogen is very knowledgeable in the area and has provided great assistance to members of our firm in the past.

Rogen is one the best workers compensation attorneys in Mississippi. My firm associates and/or refers these types of cases to him all of the time. I most certainly endorse this lawyer.

Attorney Chhabra is a very well respected attorney in the Mississippi legal community. He has a genuine compassion for his clients and it shows in his legal work. I endorse this attorney without any reservation.