Tried numerous cases to verdict in state and federal court for plaintiffs and defendants. Representative verdicts:

Tried cases to verdict in federal courts in Jackson, Oxford, Gulfport, Aberdeen, Natchez and Hattiesburg. Three oral arguments in appeals before the Fifth Circuit Court of Appeals in New Orleans. 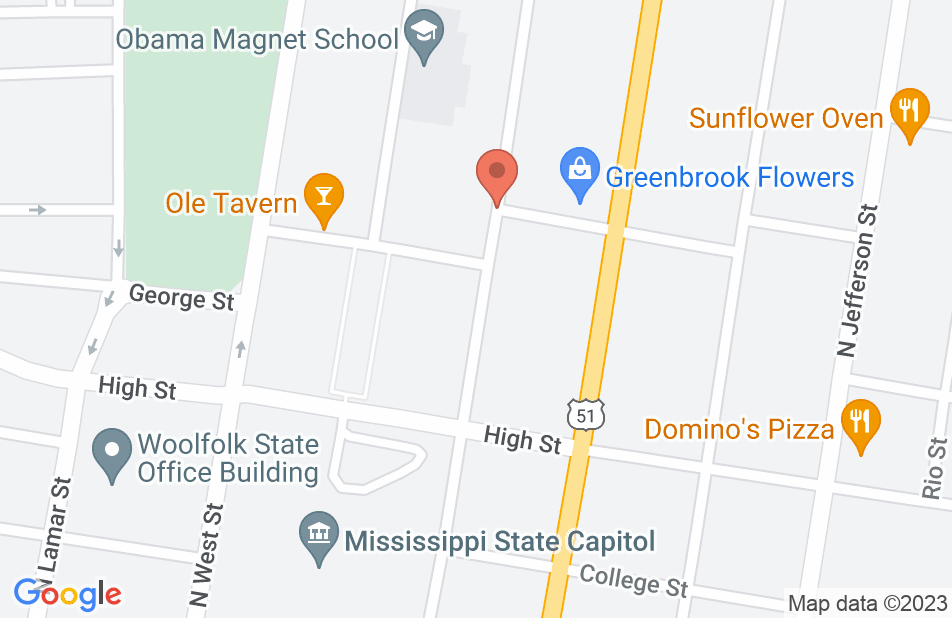 Philip Thomas is our model of a stellar attorney - well-versed and experienced in law. While representing us, he took time to understand our complex situation, he proposed creative solutions and explained our options (and our opponent's options) at each stage of the legal process. Philip listened to our concerns and consistently responded concisely and in a timely manner. He allowed us time to carefully weigh our decisions. Philip produced legal docs proactively and precisely and modified them, as needed, to our particulars. The fee structure was straight-forward and every penny spent was well worth the work he performed. We are pleased to have had such a professional, courteous and smart advocate represent us.
This review is from a person who hired this attorney.
Hired attorney

I have had the privilege of knowing Philip Thomas since 1996. Not only is he an outstanding person and very knowledgeable of the laws of Mississippi and most any attorney in Mississippi; he has the utmost experience and highest integrity to achieve the best outcome when representing the interests of a person as a Plaintiff or in defending the interests of a Defendant corporation. He has the highest quality work ethic of any attorney that I have ever known, and I was a legal assistant for various attorneys for over twenty years. He has represented my interests in several different matters and achieved the best possible outcome that could be achieved in one matter and more than expected to achieve in another matter. I would highly recommend Philip Thomas to anyone looking for the most trustworthy, knowledgeable, extremely meticulous, and very experienced and passionate attorney for representation in Plaintiff lawsuits or Business Litigation, etc.
This review is from a person who hired this attorney.
Hired attorney

I can only give Philip Thomas the highest ratings in his representation of my interests. Insightful facts that I have learned: 1. From his career background, Philip has chosen to practice as an independent attorney verses a large group practice that affords him the latitude of representation supporting the interests of his clients verses productivity mandates. 2. He is meticulous in his intricate preparatory case law research that serves to anticipate action. 3. He has no hesitation to move a venue from State to Federal Court in the interests of his clients. 4. He is aware of the need to manage his client’s emotions while maintaining his own objectivity of the step by step processes. This is especially necessary in the case of long civil action processes. 5. He is aware of his opposing counsel’s strengths and weaknesses. 6. There are situations where the quicker settlements do not necessarily represent the interests of the client. “Bigger might seem to offer the advantages of multiple expertise – but from my perspective, Philip Thomas’ commitment to the details allowed my position to prevail in a long legal journey that would have been grossly compromised if not for his resolve. Such a practice philosophy takes courage and confidence in a small independent practice. Philip gets an “A” and my strongest recommendation.”

I was sued in a frivolous lawsuit. The claims against me were slanderous, despicable and false. When I turned to Philip for help, I could see I was in good hands. He was thorough and knowledgeable and easily reachable. His assistant was also kind, knowledgeable and quick to respond as well. Philip immediately had my case removed to Federal court to ensure a fair trial. His response to the plaintiff was bold and thorough. Upon receiving the response the plaintiff dropped the lawsuit. Thank you again, Philip Thomas!

Review of Philip W. Thomas as a Lawyer

Philip Thomas is an attorney who successfully represented me in a difficult litigation case about eight years ago. Here are the main reasons why I think Philip did a great job for me as an attorney: 1. I resided in a different state and I found Philip on the internet and hired him over the phone without seeing him. My initial positive impression of him was fully justified by his excellent interpersonal and professional performance. 2. Philip took over the case from another attorney (who had to withdraw for personal reasons) and successfully adapted to it and created a winning strategy for it. 3. He offered me a very affordable and convenient financial arrangement. 4. Philip proved to be a brilliant attorney who mastered his trade from all standpoints. He won my case. In essence, Philip W. Thomas is a great person who did an excellent job for me as a lawyer. He is a winner and I would hire him again if I needed an attorney.

Philip did a great job. Very diligent and extremely insightful of the law and specifics of my case.

One of my companies was involved in a Casualty and Business Interuption dispute with a major insurance company. We reached a settlement on the Casualty portion of the claim although it took nearly a year. The BI portion became hopelessly deadlocked. Mr. Thomas was recommended by a friend and was retained by my firm. After discovery, which dragged on for months because the insurance company changed legal representation several times, we gave depositions to the insurance company's legal representatives. Several months later after another law firm change by the opposition, we were able to schedule a deposition from a senior officer of the insurance company who incidently had a law degree In a short period Mr. Thomas's questioning was so intense that the opposing law firm asked for a conference with their client. Upon returning to the conference room, they offered a settlement which we accepted after raising their offer. I have never witnessed the opposition admitting defeat while in their own client's deposition. Without hesitation, I would use Mr. Thomas again and would recommend him very highly.

I made a call one day in 2007 about my mother who had been abused in a nursing home. I did not know what to expect when I called Philip and he was very professional and understanding. He accepted my families case and worked very hard for us. There were numerous road blocks for us, but with Philip's dedication he pulled us through the lawsuit and we won. I would recommend Philip highly for someone who is looking for a professional, understanding and dedicated.

I would recommend Phillip to anyone! He is Honest, Prudent and always accessable. He is an ASSET to my Corporation!!!!

Philip took a case that 5 lawyers had turned down. Some telling me that there was no chance to win it. Philip won the case receiving my money back plus more. It was a very good experience and I still keep up with him today. I recommend him very highly and I have recommended him on several occasions. Great person and I enjoyed my case with him. If I need another lawyer in the future I will call Philip first.
See all reviews

I endorse Philip. He is a highly skilled attorney that is well respected in the legal community.

I have enjoyed getting to know Philip since he opened his office next door to mine. He is a true maven of the arts of advocacy and persuasion. I hope we find a case we can work together on soon.

Fearless, capable, and extremely nimble in the Courtroom. I have tried several cases with Philip and even one against. He is a true student of trial tactics.

I endorse this lawyer's work. Philip is extremely intelligent and diligent. He is a tireless advocate for his clients, and will obtain the best results possible for his clients. He stays at the cutting edge with respect to trial strategies and trial technology, and is at his best when working on complex cases such as medical malpractice and legal malpractice claims. You simply can't go wrong in asking Philip to represent you.

Although it has been a few years since we worked on the same matter, in my experience Phillip is an excellent attorney, whose word has been gold. I highly recommend him.

I endorse this lawyer's work. I have worked with Philip on the other side and found him to be professional and courteous. He was a pleasure to work with and a lawyer who was a fierce advocate for his client, which is what all clients deserve.