Julie Carrell Heffington has been with the firm Tisher, Wolaver, Free, Carter & Lynn, PLLC since the firm was founded in February 2015. Prior to the new firm being established, Julie was an associate with Tisher & Wolaver, PLLC, beginning in 2014 after her move back to the Columbia area from a firm based in Franklin, Tennessee. Julie’s practice focuses on insurance litigation, divorce, adoption, property disputes, as well as wills and estates.

Julie received her Doctorate of Jurisprudence from Nashville School of Law in December 2013 and was admitted to the practice of law in April 2014. As part of her honors, she was elected by her professors as recipient of the esteemed Moot Court award for outstanding presentation and performance in the courtroom.

Prior to attending law school, Julie earned her Bachelor of Science in Nursing from Middle Tennessee State University. She enjoyed a long career as a Registered Nurse, working approximately fourteen years with Maury Regional Medical Center in the areas of Labor & Delivery, Recovery, Pediatrics as well as other specialties within the hospital. She remains licensed in the State of Tennessee and active in promotion of the nursing profession.

When asked how being a nurse and a lawyer are different, Julie explains that they are actually very similar in that a person is coming to you in their time of need, not knowing what to expect – whether it is surgery or a lawsuit – and your job as both a nurse and lawyer is to help them navigate through the process, making the journey as easy as possible. Because of her unique educational background, Julie has a true understanding of legal issues that involve medical components.

As stated above, part of Julie’s practice is devoted to adoption, which is very near and dear to her heart due to the fact that she became a mother through the process of adoption – both international and domestic. Julie’s daughters, Anna and Isabell, were adopted from Russia and her son, Alex, was adopted within the state.

Julie is admitted to practice in both State and Federal Court.

Julie is part of the following associations and memberships: 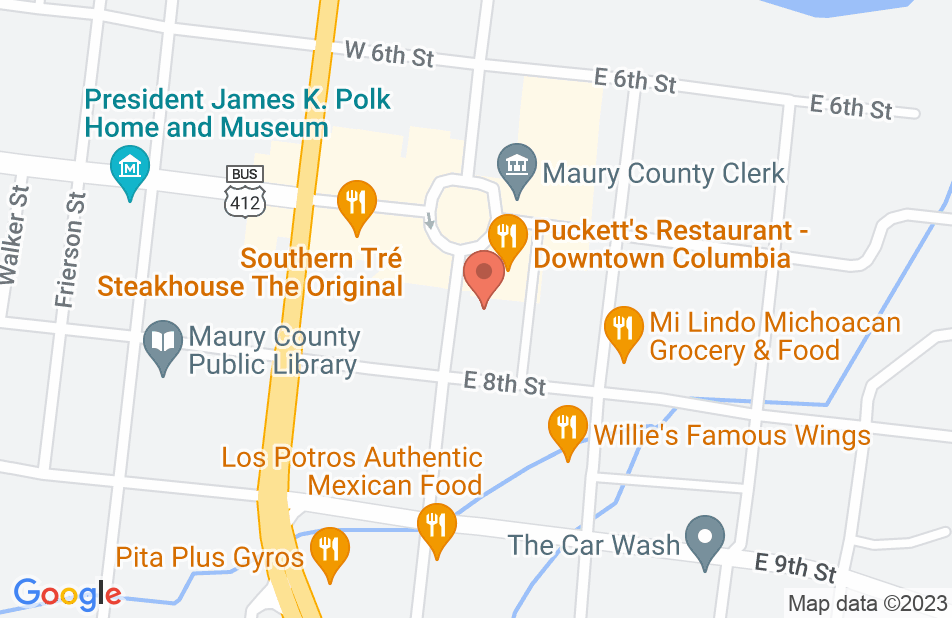 Ms. Heffington was hired to represent me by my insurance company after I got sued over a car wreck. When they told me who they had hired, I was pleased because I had heard good things about her. She was amazing! On top of being a lawyer, she is a nurse. Which came in very handy in defending my case. She is smart and professional and can handle anything thrown her way. I highly recommend her!
This review is from a person who hired this attorney.
Hired attorney

Julie has been an absolute blessing to me and my boys. She’s a rockstar in the courtroom and a confidant behind closed doors. I’d trust her with my life...in fact I have!
This review is from a person who hired this attorney.
Hired attorney

She has been there for me from the beginning and has not let up since day one. I am very thankful for her and what she has done for my family and I.
This review is from a person who hired this attorney.
Hired attorney

I have been extremely pleased with her work. She made suggestions to my will that were very practical. She also handled a very private matter confidentially and at a reasonable fee. I highly recommend her.
This review is from a person who hired this attorney.
Hired attorney

Prior to our visit, I was unaware of Ms. Heffington. I took my mother to her and came away in SHOCK!! This was theee NICEST person: so professional in conjunction with being very gracious, kind and caring towards Mom. Without requesting the feedback, I told Ms. Heffington that our visit was PAINLESS!! (That's because I equate meeting with lawyers to ROOT CANALS!) lol I would absolutely highly recommend this awesome lady--and her staff was just as pleasant. Kudos to all! : )
This review is from a person who hired this attorney.
Hired attorney

Julie and I work together at Tisher, Wolaver, Free, Carter and Lynn PLLC. Julie is a technically proficient lawyer with huge heart for helping real people with real problems. Julie brings a welcome no nonsense, empathetic, common sense approach to law practice that is highly beneficial to her clients, desired by judges and appreciated by her peers. Highly recommended.

Julie Heffington is an incredible attorney. Julie is easy to work with, is extremely smart, and has great poise in the courtroom.

I endorse this Columbia Attorney Julie Heffington because of her attention to detail.