After graduating from Cecil C. Humphreys School of Law at the University of Memphis with honors in 1992, Mr. Vandiver worked Judicial Clerkships for Honorable Hewitt P. Tomlin, Jr., Tennessee Court of Appeals, Western Divison from 1992-1993 and Honorable Jon P. McCalla, United States District Court, Western District of Tennessee from 1993-1994.Mr. Vandiver opened his own legal practice in 2005 after obtaining Certification as a Consumer Bankruptcy Specialist to better serve his clients with financial misfortunes. He has practiced bankruptcy law for 20 years.Rob is married to Kathleen Vandiver and they have three children, Jonathan, Joseph and Noel. They are active members of Evangelical Community Church 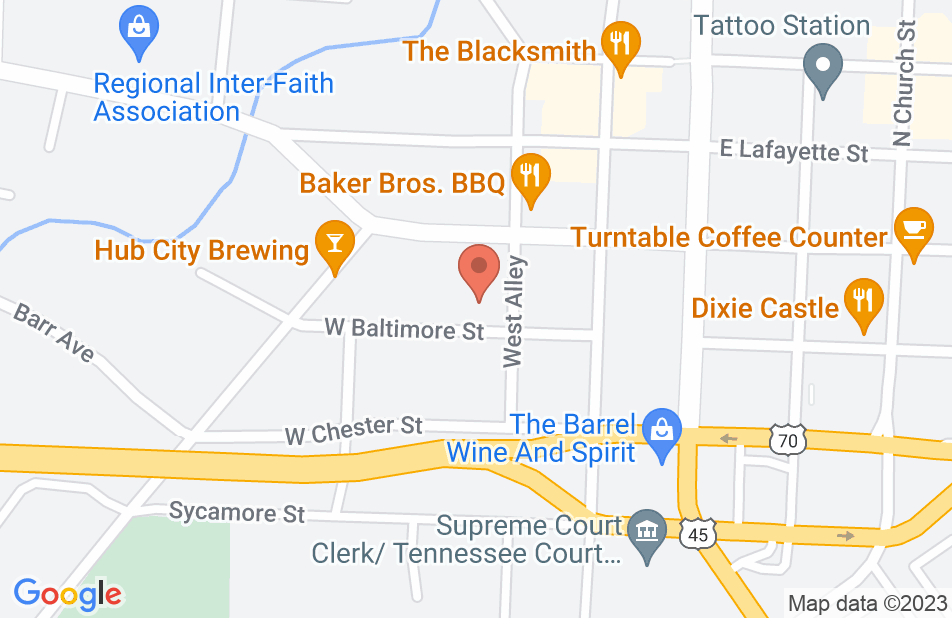 Rob was incredibly knowledgable, and he really worked to make things right for me again. He explained every step of the process. He was very accessible when questions arose and would get back to me quickly. His office staff is very friendly and helpful. Everyone is efficient and very competent in the office, also.
This review is from a person who hired this attorney.
Hired attorney

Rob is wonderful! He knows the laws and what he is doing! He is caring and wants to help. He does not make you feel less of a person because you are in debt. I would refer him to anyone!!!
This review is from a person who hired this attorney.
Hired attorney

Mr. Vandiver and his staff made what could have been considered a bad experience, a pleasant one. Thanks
This review is from a person who hired this attorney.
Hired attorney

I am complete satisfied with the legal help from my attorney!

From the beginning to the end of my bankruptcy, I was extremely satisfied with his knowledge and attention to my case. I recommend him to my friends, family and anyone else that is in a financial crisis. I have heard horror stories about other lawyers that practice bankruptcy in the Jackson area, and I personally think any person should seek an attorney that specializes in the law field of what they are needing help with. You see so many attorneys advertising for personal injury, disability, divorce and bankruptcy. You can't possibly practice law in all these fields and be able to stay on top of the law.