Matt has been recognized locally, statewide and nationally for his expertise in the area of Trust and Estate Litigation. With a background in elder law, family law and business litigation, Matt now devotes his practice exclusively to resolving family disputes in Will Contests, Estate Litigation, Conservatorships, Breaches of Fiduciary Duty and Trust Disputes.

A native Memphian, Matt received his undergraduate degree in Political Science from the University of Memphis in 2003 and his Juris Doctor from the University of Arkansas at Little Rock in 2006 where he was an Honor Council Justice, a member of Phi Alpha Delta and a recipient of the Bowen Academic Scholarship.

During his law school summers, Matt studied international and comparative law at University College Dublin School of Law, the University of Edinburgh Law School and the European Union Headquarters in Brussels, Belgium.

Matt began his legal career as General Counsel for HGH Imports, a small multi- national company based in Spring Hill, Tennessee. After leaving HGH, Matt pursued his passion for elder law and worked as a hearing officer and later Assistant General Counsel for the Tennessee Department of Human Services.

In 2009, Matt launched his solo practice, Law Office of Matt Potempa, PLLC. In addition to a general practice, he focused on litigation and resolving probate, matrimonial and business disputes.

In 2012, Matt was named by the Nashville Post as one of twenty “Law Leaders Rising” in the Nashville area. In 2013, he was awarded the Nashville Chamber of Commerce’s Emerging Leader Award in the Legal Services category. Matt is a frequent lecturer for the Nashville, Tennessee and American Bar Associations as well as LexisNexis and the National Business Institute on topics related to Probate Administration and Litigation, Law Practice Management, Client Relations, Professional Ethics and Law Office Technology.

With an office located in the heart of Hillsboro Village near downtown Nashville, the firm focuses on providing Estate and Trust Planning, Family Wealth Preservation, Probate and Business Litigation and Conflict Resolution, Conservatorships and Guardianships as well as Family Law and Personal Injury. 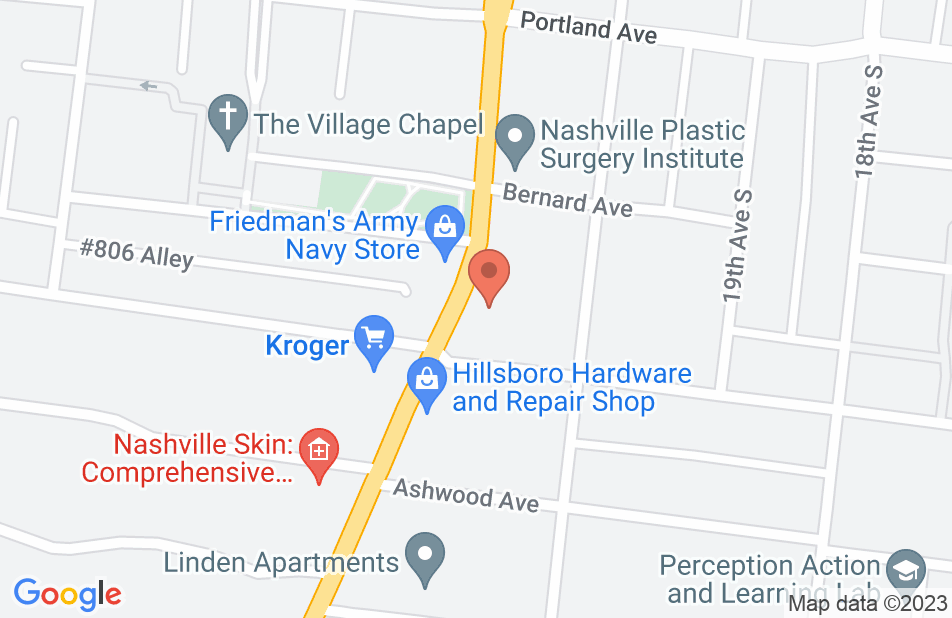 Recently had a family legal question come up involving the "intent" of particular language in a will. Left message for Matt and he promptly returned my call. Matt was thorough, knowledgeable and patient explaining some of legal language and advising me on the best course of action. Did not charge me a consultation fee! I highly recommend!!
This review is from a potential client who consulted with this attorney.
Consulted attorney

Had a personal situation arise requiring legal representation. Matt explained the options, developed a strategy, responded anytime we had questions, and gave us great peace in dealing with a difficult situation. Legal Services are not cheap, with Matt you get what you pay for. I would use him again and highly recommend his services.
This review is from a person who hired this attorney.
Hired attorney

Best Attorney to Win a Case

A few years ago I was given the name of Matt Potempa as highly recommended for handling my mother’s estate after losing my father several years before. After three years he and his firm won my case a few days prior to scheduled court days. His firm always acted professionally, worked diligently, were supportive and showed empathy and kindnesses through the years. It was a difficult case but Matt’s expertise as others proved a success in ending a case he believed from start worth taking on. I highly recommend he and firm to handle any and all estate matters. I gave a 5 star but EXCELLENT is best and thanks
This review is from a person who hired this attorney.
Hired attorney

This is the first time I have ever needed a lawyer, and it was for an unusual will change that occurred the day before a tragic accident. One always hears all these lawyer jokes, none of these would be appropriate. Matt was always there, a phone call away, I always felt like he was honest, and really did care about what was going on, I never felt like I was "just a client". I would highly recommend him to anyone needing an attorney. He made me feel like my case was important to him. This was so reassuring as I had no idea what was going on. Thank you Matt.
This review is from a person who hired this attorney.
Hired attorney

Matt Potempa put me at ease during my entire legal probate process. He was very good at diffusing situations. I highly recommend him if you need an attorney. I have high expectations of attorneys. He fulfilled desired results.
This review is from a person who hired this attorney.
Hired attorney

Matt provided outstanding legal guidance and always made smart and thoughtful recommendations during lengthy, and often tense family litigation. Matt was extremely professional and easy to speak with throughout the entire process. He was very responsive via email and phone whenever I had questions and compassionate when I was stressed. He always took the time to break down complex legal procedures in an easy to understand way. I would highly recommend Matt and his firm to anyone looking for solid Trust and Estate Litigation representation in Tennessee.
This review is from a person who hired this attorney.
Hired attorney

Matt is a tremendous attorney with a good heart. We came to him at a very emotional time for our family and he was able to help us navigate the legal system with a guardianship case. He, and his team, kept us informed, communicated with us every step of the way, addressed all our questions and concerns in a timely manner and left no stone unturned. We cannot say enough good things about Matt and would recommend him, without any hesitation, to anyone needing a probate attorney.

Matt is a very conscientious attorney who is the epitome of professionalism. I endorse Matt without hesitation. Folks who are in need of a quality litigator would be well-served with Matt's services.

Matt is an aggressive litigator that provides top-notch service to his clients. If you have a probate or elder law issue in middle Tennessee, Matt is the attorney to see.

I endorse this lawyer. Matt is hard working and does an excellent job. I will continue to send him clients in the Nashville area.

I know Matt as a fellow lawyer in Nashville. I have heard nothing but great things from clients and adversaries about Matt's work. I regularly refer matters to him, and the work is top-notch.

I endorse this lawyer. Matt provides his clients with the highest level of competent legal services. He keeps his clients informed at all levels of their case. Matt is continually educating himself to keep up with the most recent legal changes in Tennessee.

I endorse this lawyer. Matt is a highly motivated and hard-working attorney dedicated to providing his clients with the highest level of professional advocacy.