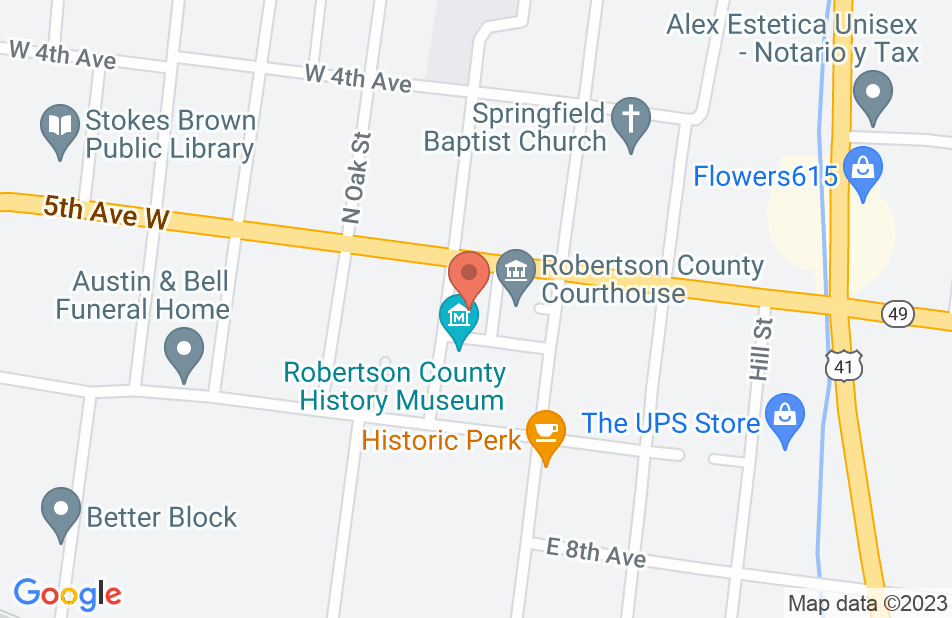 Mr. Click represented in a family law matter. Not only was he best in class in terms of his understanding of the law and how explained all of the potential consequences--his demeanor and positive attitude was greatly appreciated during this very stressful time. Truly an outstanding attorney
This review is from a person who hired this attorney.
Hired attorney

Mr. Click helped me with a landlord dispute that I found myself in when the owner's of my condo wanted to cut short my lease and withhold my deposit so they could begin an AirBnB/VRBO short term rental on their property. Mr. Click was very straightforward with me and my roommate, thorough in the courtroom with the judge and ultimately helped get us our deposit back. I would highly recommend him again to represent me.
This review is from a person who hired this attorney.
Hired attorney

Totally laid-down on me

I engaged Henry Garth Click to represent me in a contract dispute. During & after the Circuit Court hearing on 11/30/2015, Click substantially failed to perform on my behalf, as explained below. When I attempted to de-brief after that hearing, Click asked to defer such; that we would reconvene in a few days. On 12/01/2015, I wrote a letter to him identifying FIFTY-ONE different points which he failed to challenge &/or utilize hard evidence on my behalf. The next communication which I received from him was a letter dated 12/16/2015, which I received on 12/18/2015, sending the court’s order but without any further comments. In that letter, he stated that “we can meet the first week of January”; at least 32-days following the hearing & very deep into my 30-day window to consider filing an appeal. After my very strong push-back, we met on 12/21/2015. He said that he had not read my 12/01/2015 letter which I had emailed to him on 12/18/2015. I then gave him a copy of that same letter & allowed him time to read it. Afterwards he said that he had no argument with any of my points in that letter. I asked him at least four times in emails & numerous times in personal meetings before, during & after the hearing to obtain an explanation of the amount for which I was being sued. After the hearing, he said that he could not explain to me nor obtain an explanation of that amount or the amount which the judge had awarded against me. He had not pressed for either during the hearing. I was successfully sued but yet no one, including Click, can explain to me the reason(s) & related amounts for such. I asked the Circuit Court Clerk to review all documents filed on this case. She did so, but could not substantiate either amount. Click totally failed to advise me that it was my option to have a court reporter transcribe the hearing. I later learned that without a transcript I had very little basis for any appeal. He never explained that the opposing attorney could call me as the first witness of the hearing, which he did, even before calling his own client. Due to Click’s failure, I was caught completely off-guard by the opposing attorney. After the hearing, I asked Click about a specific question from the opposing attorney to me. He stated that he was not listening to the questions put to me at that time. He later stated in writing on this issue, he was “making contemporaneous discretionary determinations throughout the proceeding”. He could not discuss with me that certain question because he was not listening when I was asked that question, nor when I attempted to respond to it. I do not know how much else in the questioning and testimony he was oblivious to. Click told me on 09/11/2015 that the Answer & Counter-Complaint was due to be filed 09/18/2015. I requested a copy of this document on 09/22/2015 and he told me that it had not been filed. It was filed on 09/23/2015. I can only speculate whether my 09/22/2015 request had a bearing on it being filed a day later, five days past his originally stated due date. On 01/07/2016, Click advised me in writing that a Motion to Alter/Amend Judgment had to be filed by 01/15/2016. When I challenged that due date, he corrected himself to say that it was due by 01/14/2016; only one day’s difference, but legal matters such as due dates & their consequences are typically black & white. The Motion to Alter/Amend Judgment as filed contained inaccurate & unsupportable information. Click was not in court at the appointed time for the hearing on the Motion to Alter/Amend. Neither I nor the judge had any fore-notice from him as to his tardiness. The judge asked if I could explain his absence. When Click did arrive in court, he said that he had been in another courtroom. After I paid Click’s requested retainer, he rendered no invoices or explanation of charges to me in direct contradiction to his own client agreement.
This review is from a person who hired this attorney.
Hired attorney
Henry Click's response: Gary – I’m sorry that you continue to be unsatisfied with my representation of you in this matter. I represented you in the same way I have served more than a thousand clients – wholeheartedly and zealously. I would offer to discuss this with you further, but we have already done so at length in response to your complaint to the Board of Professional Responsibility. As you know, they have dismissed your complaint and found your allegations to be without merit. I do everything I can to provide the best representation to my clients and I’m sorry you feel I did not deliver that to you.

Garth has a great reputation in the Robertson County Bar as a skilled and ethical attorney. He works hard to serve the interests of his clients.

Mr. Click is a great attorney. He's easy to talk and work with. He's also very passionate about representing his clients.

I highly recommend Attorney Click for a variety of legal matters. Mr. Click is a serious advocate who provides a practical approach to solving his client's legal needs.