David Bence is a native of Alabama who has a busy law practice in Phenix City, the town where he grew up.

David completed his undergraduate studies at Troy University, where he received a B.S. in Business in 2004. He then worked for a time before deciding to pursue a career in law.

David enrolled at Jones School of Law where he received his J.D. in 2008. He then went to work in the Auburn office of the Slocumb Law Firm, where he concentrated on representing individuals who have been injured.

After a few years, David decided to launch his own firm with a goal of providing clients superior service and a commitment to seeking maximum compensation for them. He opened the Bence Law Firm LLC in Auburn and later decided to move the law practice to his hometown of Phenix City.

Over the years, David’s commitment to improving the lives of his clients has resulted in collecting more than $50 million on their behalf. These verdicts and settlements have included $1.4 million for injuries resulting from a T-bone motor vehicle collision, $750,000 for a misdiagnosis and overmedication of a prescription drug, $350,000 for injuries sustained in a head-on collision in Huntsville, and $175,000 for a train station fall resulting in a broken leg.

Competitive by nature, David enjoys the give and take of dealing with opposing counsel. But he also admits to having a “nerdy” side. “I like to break everything down,” he says. “I like the learning, the preparation, the study, the getting ready. You’ve got to bring your A-game, and I do everything I can to be ready to do that.”

Among his professional affiliations, David is a member of the American Association of Justice and the Alabama Association for Justice. He is admitted to the U.S. District Court’s Middle and Northern Districts in Alabama.

When he’s not working for his clients, David enjoys working out and lifting weights, boating, and hunting. 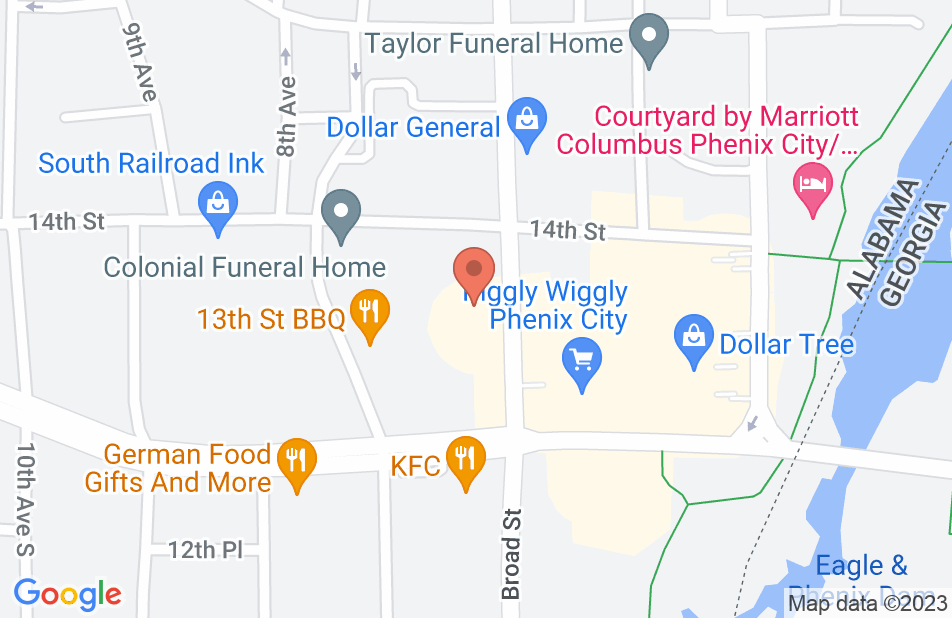 I am very pleased with the outcome of our case. We had a vehicle hit us twice once head on and once from the side. Mr. Bence has been great and took care of everything. I was really scared when the accident happened thinking of all the time I was going to have to be out of work but I wasn't out much because he handled the court appointments, doctors information, just everything. I and my family are very grateful for his hard work and would recommend him over and over again.
This review is from a person who hired this attorney.
Hired attorney

Mr. Bence is very prompt, courteous, professional. Mr. Bence is still working on my case at the moment and during this period of time he has kept in contact with me, which is very important to me, to let me know where the case stands at the moment. His fee is standard and fair, unlike some attorneys. I have also hired Mr. Bence for another case and he diligently accepted a second case for me. I personally would recommended him to anyone looking to hire an attorney who is very knowledgeable and detail-oriented so that you may receive the best results for your case.
This review is from a person who hired this attorney.
Hired attorney

David has been my attorney on a few cases. He is always very informative about your case, is very easy to get in touch with, and genuinely cares. Recently, he negotiated terms that we never expected would be on the table, and followed through with them. If you have a question that he doesnt know the answer to right then, he diligently will research until he finds the answer. He doesnt stop until you are satisfied.
This review is from a person who hired this attorney.
Hired attorney

David and I have worked on several cases together over the years. He is a skilled lawyer and always fights hard for his clients.