I was born and raised in Flomaton, Alabama, a small town situated on the Florida line directly north of Pensacola.  After graduating high school in 1983, I attended Jefferson Davis Junior College, where I obtained an Associate's Degree, was inducted into Phi Theta Kappa honorary, and played on the baseball team.

After practicing law in Tuscloosa for several years, I moved to Puerto Rico on a two year teaching contract, where I taught Jr. High English at Guamani Private School in Guyama.  I especially enjoyed the travel experiences in the Caribbean during that period of my life.

Upon returning to Tuscaloosa in 1998, I opened my own law office and have specialized in Criminal Defense and DUI Defense for almost 20 years.

My approach to practicing law has been always consistent: not only do I represent my clients, I also represent the legal system to the best of my abilities. I have always respected the importance of court procedures, the law (including our Constitution) and the importance of earning credibility with Judges, other attorneys, and court staff alike.

From 2001-2008, I served on the Board of Directors of the Alabama Criminal Defense Lawyers Association.  In 2010 was presented with the ACDLA President’s Award, and in 2014 received an ACDLA Merit Award. I have authored materials and have lectured at the ACDLA 4 Corners seminar. From 2004-2008, I was a member of the statewide planning committee for ABICLE’s yearly Criminal Defense Seminar. I was one of 75 attorneys initially named to represent indigent defendants in Federal Court as a member of the CJA Panel. I have also served on the Criminal Practice and Procedure Committee of the Tuscaloosa County Bar Association.

In 2016, I was a Candidate for Tuscaloosa County District Court Judge. Even though I didn’t win, I’m extremely proud and humbled that a small town guy who moved here for college in 1985, and didn’t know a soul, was able to garner 9,000 votes!

I am a Deacon at First Presbyterian Church and serve on the Board of Directors of the Red Elephant Club.  I previously served on the Board of Directors of Big Brothers/Big Sisters (was also a Big Brother), United Way, and Easter Seals, and am a donor to several charities including the RISE program, the Community Soup Bowl, and West Alabama Food Bank.

My wife Melanie and I have 7 children. Five are between the ages of 12 and 16: Drew, Harper, Zach, Anabelle & Ellie Reese, and our twin toddlers Foster & Finley were born July, 2015. We also have a lab, a german shepherd, and two cats that think they’re dogs.

In my spare time (which, I'll admit is rare...) I enjoy playing golf, watching Alabama Football and I like to cook, especially Southern food. 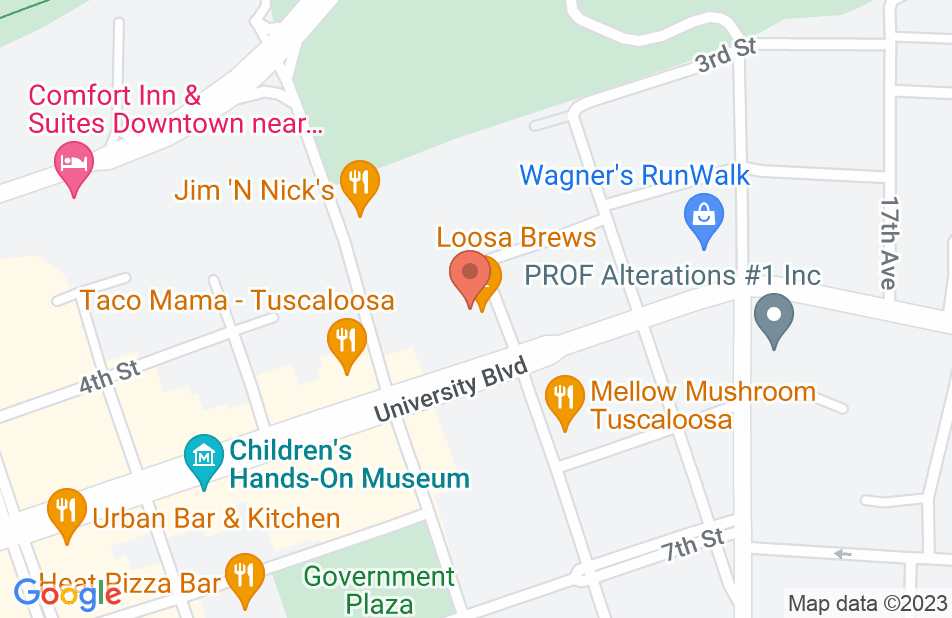 Mr. Upton is a true professional. He not only represents you well he exceeds what one would expect. He has excellent communication skills through the entire process. He is someone that keeps his client the top priority and as a result you end up with the best possible outcome and completely satisfied!
This review is from a person who hired this attorney.
Hired attorney

I received an open container ticket while visiting Tuscaloosa with some friends and since I live in Chicago I had no way to attend my court date. I got a call Sunday, the day before my hearing notifying me of my court date. I called Michael no more than 14 hours before my hearing and Michael handled my situation perfectly. He clearly explained me to my options and eventually got my case dismissed. I would definitely recommend Michael to anyone in need of legal help.
This review is from a person who hired this attorney.
Hired attorney

I hired this lawyer thinking he would be able to set a meeting with a law enforcement officer, not even to defend me in court. I paid him up front for three months as he required in good faith. He had three months to simply set up a meeting. After I paid his fee, I only heard from him two or three times during the three month period, despite my reaching out to him. Each time he told me he was planning to contact the officer the following week. I don't know if this ever happened or what ever happened as a matter of fact. DO NOT HIRE THIS LAWYER. He will take your money and you will never hear from him again. I have never been treated so poorly in any business situation before. If I could give zero stars I would.
Michael Upton's response: No idea who this is. Doesn't sound familiar at all, in fact, no client has ever contacted me with a complaint of this nature, which would naturally be the first step.. I don't think it's right for Avvo to allow anonymous posts like this that can hurt a small business owner.