Mr. Bell has extensive courtroom experience as a retired AUSA as well as private practice. Call us!

He served in the federal sector at the United States Attorney's Office for the Northern District of Alabama from 1992-2013 and later founded The Law Office of John Charles Bell, L.L.C. in June of 2014.

Mr. Bell has been an ordained minister in the Christain Church (Disciples of Christ) since 1982 and continues his ministry in his everyday life. Mr. Bell has lead many workshops in seminars in various areas, mainly involving issues in leadership, youth, and immigration. 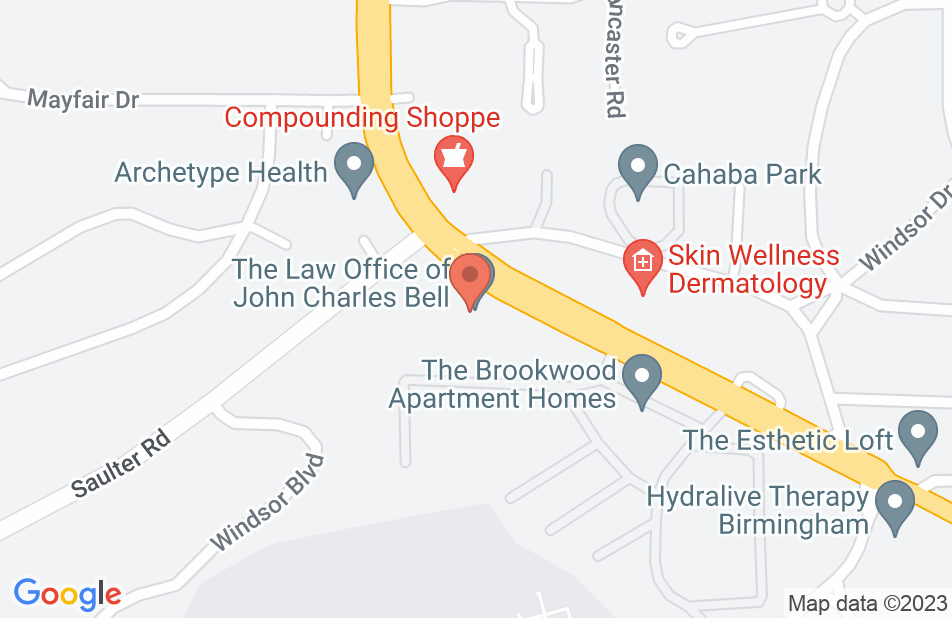 Mr. Bell was so greatly appreciated for his work that he did for my husband & I. He was very prompt in completing the job in hand and when it came time to sign papers, he made himself available for our convenience. When we did meet, Mr. Bell was very explanatory in what he had done for us and it was in simple laymen's terms and not a lot of complicated legal jargon. We will most definitely call upon him again when and if the need for legal help is required.

As the President of a small healthcare business, I selected The Law Office of John Charles Bell, L.L.C., as my law firm. I have known Mr. Bell since 1992. At that time, and until 2013, Mr. Bell served at the United States Attorney’s Office where he had a distinguished career for over 21 years. When he retired from the United States Attorney’s Office, he started his own law firm. On the basis of my own professional contact with Mr. Bell, he has provided excellent legal counsel for me on a number of complex and diverse legal matters. He utilizes hard work and creative problem solving to attain justice for his client. Mr. Bell has both the intellectual and the personal skills that makes him an exceptional lawyer. However, if need be, he is not averse to associating another lawyer or another firm to obtain the desired result. He brings with him a long and impressive record of achievement in civic and voluntary activities. He is committed to social change and the representation of disregarded people. If you select Mr. Bell and his firm as your legal representative, you not only will have hired an attorney that has a high level of intelligence, practicability, and integrity, but you will have hired an attorney who cares about your well being.

The Law Office of John Charles Bell has been my go to when it comes to lawyers! John has gone above and beyond with my case! He is trustworthy, quick and very helpful. It's very hard to understand most of my paperwork but he made sure to put the cookies on the bottom shelf for me! I'm above pleased and very grateful for his hard work. One can definitely see his passion and determination!

I have had multiple immigration lawyers but never have I felt like I was in good hands! When I first discussed my case with Mr.Bell I knew immediately that I could trust him. He made sure that I knew everything about my case. His meticulous attention to my paperwork made me feel like I was being his top priority. Once my case was cleared, I could clearly see how Johns hard work had helped. It took him less than half the time for me to hear results than all my previous lawyers. John Bell and his staff created a trustworthy and responsive environment!

Jason Bonar, Divorce and separation Attorney on Feb 19, 2018
Relationship: Worked together on matter

I strongly endorse John Charles Bell. He is very caring of his clients and a tireless advocate for each one.