Attorney M. David Shapiro is an AV-rated civil trial lawyer, the highest rating awarded to litigation attorneys. He is also board certified by the Florida Bar. Shapiro is an experienced trial lawyer who has earned the respect of his peers in the legal community. He has successfully litigated civil rights cases involving access to courts and rights under the Rehabilitation Act to the United States Supreme Court. He is admitted to practice in all of the Florida State Courts, the United States District Court for the Middle District of Florida and the United States Court of Appeal for the Eleventh Circuit. For more than 20 years, Shapiro has practiced exclusively in the area of personal injury and wrongful death. Shapiro has also been a candidate for political office, and was narrowly defeated in 2006 in his bid for election to the Florida House of Representatives. 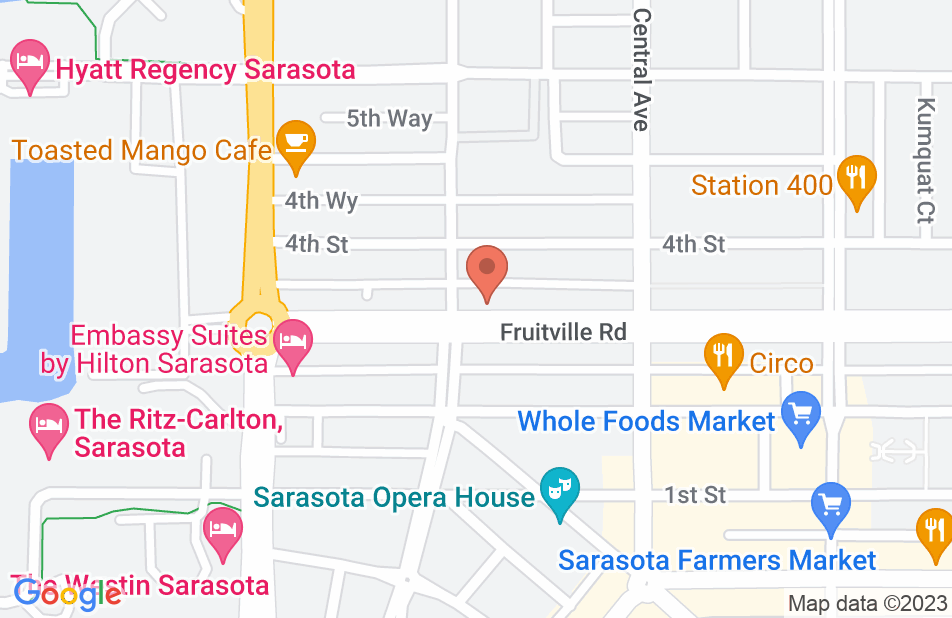 When Honesty and Integrity Count

I always recommend David Shapiro for any personal injury needs. He never exaggerates, always gives me the straight scoop. These days finding an honest attorney with integrity is a huge asset. David has handled several matters for my family and I and I recommend him without hesitation to be your attorney as well.
This review is from a person who hired this attorney.
Hired attorney

In late 2014, I retained David Shapiro to represent me in a rear end automobile accident in which I was injured. After our first meeting, I knew that he had vast experience in the practice of personal injury law and knew how to address my case. He took the time to understand all of the facts surrounding my case and continually called to give me updates on his progress. He ultimately negotiated a settlement in my favor and the amount was much more than I expected. David and his experienced staff were simply terrific. I was treated with respect and they were always responsive to questions and progress reports. Hire David! P.S. I am an attorney also, and wanted the best lawyer on this case. I’m so glad I found Mr. Shapiro.
This review is from a person who hired this attorney.
Hired attorney

My experience with this law firm was very good. I felt like I was given all the time and attention i needed. Mr. Shapiro was kind and helpful explaining the process of my case. The staff was always patient and gaveme all the time I needed.
This review is from a person who hired this attorney.
Hired attorney

After 2 years of dealing with this nonsense, Mr. Shapiro was able to help bring closure to my case. His professionalism is met by his genuine manor, and makes meeting with him quite comfortable. Thank you for your help with my nonsense of a case!
This review is from a person who hired this attorney.
Hired attorney

Hi, my name is Lucinda and on Feb. 6 2014 my sister and I was in a terrible car accident. I had a meeting with one lawyer who basically could only accept either my sister or me but not both of our cases. My mother didn't like that so her friend recommended Mr. David Shapiro to us. We set up a meeting, we had explain our situation and the first thing he says is I can accept both of your cases (my sister and I). Being 17, I didn't know much about anything, it was my first case so Mr. Shapiro made sure I knew everything. He broke it all down to the T for me. From how long this case would take, getting me medical help for my injuries, to holding off my medical bills until the case was solve. One thing I really love is that he wasn't in a rush to quickly be done with my case. He made sure every decision he made on my behalf was what I truly wanted. He was very fast at communicating anything with me. He worked around my schedule. Man when I say I love Mr. Shapiro for everything he has done for me I'm truly grateful. I always tell him he makes miracles happen. I say this because the opposing party really try to make it seem it was my fault, they threw everything at us but this didn't crack Mr. Shapiro. He didn't even break a sweat. He believed in me and had my back since day one and for that I'm forever grateful because now my case is over and it was definitely in my favor. Thank you Mr. Shapiro.
This review is from a person who hired this attorney.
Hired attorney

I was a client of David Shapiro. He was a terrific attorney and solved my case in a professional and timely manner. David Shapiro is a man of his word !
This review is from a person who hired this attorney.
Hired attorney

Thank you Mr. Shapiro and associates

I hired David Shapiro to handle a dog bite case. Mr. Shapiro was very professional and calming, as I was very upset over the whole situation. We were able to settle satisfactorily without going to court. I cannot thank him enough for all the hard work him and his staff did for me. I have so much confidence in Mr. Shapiro that I have already referred a new client to him. It makes me feel great knowing when I suggest him to friends they will be in the best of hands.

I found this Attorney online after I had a bad outcome on a previous case.I saw them on Google and they had a full Website with many reviews. These guys are Super Lawyers and they have the Experience to back it up. Go to there website check them out for yourself, you'll see all the accredits! Myself I dealt with Mr. David Shapiro and his staff.I couldn't of been happier! He was very professional,always polite and kept me informed at all times.Every aspect of the case was handled promptly and I had to do nothing! His staff contacted me regularly to have me come in and sign documents to expedite things.I always felt like I was in control of my own case and that I would be advised and given adequate time to make a decision,never no pressure!!Mr. David shapiro is a Great guy,very down to earth. i would catch him in the office sometimes on my way home from work without an appointment just to ask a question or if I had something to add to the case and he would always take the time to see me even when he was very busy with his appointments!These Guys will fight for you and they have many offices allover the place,if you need to submit a document,sign a Document ASAP,just walk in to any one of there offices and they will scan it and forward it to the right office immediately! I found that to be very convenient as to I live in Bradenton, and Mr.David Shapiros office is in Sarasota Off US 41.I would just walk in to the Bradenton office when ever there was a need for a signature or something and it saved time! Don't waste your time with Lawyers who solicit you in the hospital,these guys are the best of the best,just put them to work and I Guarantee you they'll put fire on everyones seats!! THANK YOU MR.DAVID SHAPIRO FOR ALL YOU EFFORT, TIME AND GOOD JUDJEMENT PROFESSIONAL SERVICE!!! GOD BLESS!!

a true professional with a heart of gold

Mr. Shapiro is a real professional. His interests are for what is best for his client. People who come to him are usually affected by some type of trauma . They can be nervous , scared and confused. Mr. Shapiro is quick to calm these issues with his calm demeanor and strong knowledge base. He let's you know you are not alone and that he can help. And help he does. I know because am one of these people.I feel secure now knowing he is skilfully helping me.I have the calvary on my side . Thank you, Mr. Shapiro linda

My first car accident, I was frightened, injured and concerned. David Shapiro listened, gave options then explained what to expect including outcomes. He took a nerve wracking experience where I felt a loss of control and turned it into a positive with calm guidance, fairness and yes!!! Honesty. I cannot speak highly enough about this attorney. Needless to say I am pleased with the outcome.
See all reviews

David Shapiro is an excellent advocate for his clients. With over 30 years of experience, he has the necessary skills, knowledge base, and work ethic to get the job done for this clients.

David is an excellent personal injury trial attorney that truly cares about the clients he represents. David is board certified and I strongly endorse David for any type of personal injury matter.

I endorse this lawyer without reservation. I have known and worked with David for over 20 years. He is highly skilled and very passionate about his clients and their cases. A true "credit" to the legal profession.

David is an excellent, highly skilled trial attorney with a wealth of experience. He has a well-deserved reputation as a conscientious, perceptive, and effective litigator. Even if he was not a board certified civil trial lawyer I would not hesitate to recommend him to a client in need of his services. Indeed, I have referred five clients to him with excellent results. In short, there is no one better in Sarasota!

David is very dedicated to his clients and has achieved substantial recoveries on behalf of numerous families.