BARBARA M. PIZZOLATO was first admitted to practice law in 1987.  In July of 1994, she opened her own practice in Dix Hills, New York after practicing in Manhattan from 1987 to 1993 and then in Melville, New York for a year and a half.  She presently maintains offices in Melville, New York; West Orange, New Jersey; Naples, Florida; and Fort Myers, Florida.  Although still admitted in the State of Connecticut, she no longer actively practices in that State.

Ms. Pizzolato received her Juris Doctorate from New York Law School, Night Division, in 1987 and obtained her Bachelor of Arts degree from the State University of New York at Stony Brook in 1982 where she was a member of Alpha Kappa Delta Sociology Honor Society.

Ms. Pizzolato was previously a Member of the Board of Directors of Sarah’s Center, Chairperson of the Citizens' Advisory Committee for the Resource Center for Persons with Disabilities of the Town of Huntington; a Member of the Board of Directors of The Long Island Center for Professional and Business Women (1996-1998) as well as Nassau/Suffolk Law Services Committee, Inc.; in addition, she was a former member of the following organizations: Long Island Association (Tax Policy Committee); The Association of the Bar of the City of New York (1988-1994), The Real Estate Board of New York (1990-1993); the Queens County Bar Association (1988-1993); New Jersey State Bar Association; Connecticut State Bar Association; a Major Trustee Investor of the Chamber of Southwest Florida and former Chair of Professional Development for The Business Network of Southwest Florida.

Ms. Pizzolato is the Author of "The Pizzolato Newsletter", a quarterly newsletter which offered clients, colleagues and others updates on current legal issues; the following are Ms. Pizzolato’s published articles: "Limited Liability Companies", One on One, Newsletter of the General Practice Section, Vol. 15, No. 3, page 22-23 [Fall, 1994], N.Y.S.B.A. and "Public and Private Agencies Spur Economic Growth", Real Property Law Section Newsletter, Vol 21, No. 3, pages 21-25 [Summer, 1993], N.Y.S.B.A.  Ms. Pizzolato regularly contributed articles concerning landlord/tenant matters to The Suffolk Lawyer, a monthly publication of the Suffolk County Bar Association as well as The Rhodes Real Estate Review and Action Line, a publication of The Florida Bar’s Real Property, Probate & Trust Law Section.  In addition, in New York, Ms. Pizzolato was a member of the Suffolk Academy of Law’s Practicum Project Faculty and annually taught landlord/tenant law to attorneys in New York.

In addition, Ms. Pizzolato is now available to serve as a Certified Circuit Court Mediator in the State of Florida (Lee and Collier Counties)

She resides in Fort Myers, Florida with her husband and two children.  Her interests include golf, reading and entertaining. 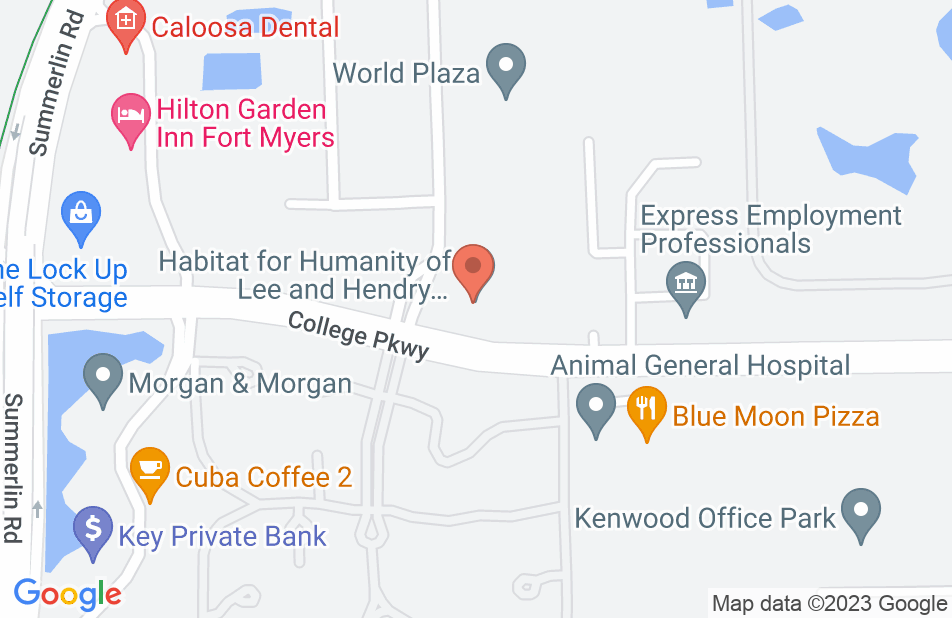 My relationship with the Pizzolato Law Firm began 10 years ago when we became Florida residents. From updating NJ Wills and Trust documents to life changing events, Barbara has provided effective solutions to my emerging estate requirements. Her objective approach to problem solving is always based on her unique insights into my personal goals. Clearly a firm that can be trusted and relied upon.
This review is from a person who hired this attorney.
Hired attorney

Barbara Pizzolato the attorney that can be your friend!!

I have known Barbara for nearly 20 years. Miss Pizzolato has the compassion of a friend and the knowledge and experience of the trusted attorney that she is!! Her main interest has always been what was and is best for me!!!

Barbara and staff are extremely detailed, knowledgeable and personable. Greta to work with and reliable. They create confidence in the services you receive.

All The Support I Need

I am 87 and need to have a dependable person looking out for my best interests. Ms Pizzaolato keeps me current and is available for help whenever I need it. I look forward to our continued association.

A fine laywer for your Trust!

Ms. Pizzolato is a very fine lawyer, who listens to her clients and help them achieve there goal. She was very understanding to what we wanted to have done and offered us different ways to reach them.

Barbara Pizzolato has been one of the most professional attorneys I have had the pleasure to work with. Not only did she help us understand the tough questions, she protected our interests and help our business and family plan for a more secure future. Because of her profesionalism I have become friends with Barbara and her family and our strategic relationship continues to this day. I know when the task at hand is under her control, I can get back to my schedule because she will take care of my needs seemlessly. She is a fantastic person to have on our team and we are lucky to have found Barbara.

Barbara Pizzolato has been, a most trustworthy attorney, she has a lot of knowledge in her field. She is very fair in her charges for her firm. She pays SPECIAL attention to details when reviewing your case. She is always reachable either by phone or via email. I never have gone more than a few hrs of contacting her and received an answer back to any concern I may have had. What I love most about her she is a REALIST, she tells you how it is. I RECOMMEND Barbara to anyone who is in need of an attorney.