1975 – Present in Largo, Clearwater, Seminole, St. Petersburg, Safety Harbor, Oldsmar, the Beaches & all other parts of Pinellas County, Florida.  We also help families in Pasco and Hillsborough Counties which include New Port Richey and Tampa.

I am a graduate of the College of William & Mary in Williamsburg, VA where I matriculated in their program that was designed to allow me to compress my college and law school education into 6 years.  After completing my combined last year of undergraduate school with my first year of law school  at W & M (where I was the only woman in the Law School), I transferred to Stetson Law School in Gulfport, Florida where I graduated and was admitted to the Florida Bar.

Although I started me legal career as a corporate lawyer specializing in life insurance, securities and tax law for Western Reserve Life and Pioneer Western now known as Aegon where they told me I was the first in-house woman attorney in the country, I quickly realized I was not cut out for the corporate world.

After going into a general private practice,  I discovered that my real passion was helping families and children who were entangled in the legal system.  I embarked on that path by what seemed like an accident that resulted in my representing the Region that encompassed Pinellas County for the state agency that has become the Department of Children & Families in terminating parental rights for badly abused or neglected children so that they could be adopted into loving families.  I was also privileged to be one of two attorneys to represent the regions' first Child Protection Team while also representing several public mental health agencies.

As State programs changed, I shifted my private practice to representing families who were involved with an increasingly complex and yet impersonal agency that survived only by meeting the budgetary bottom line required by privatization rather than being able to focus singularly on the families and children it was serving.  Although we are still fortunate in Florida to have many dedicated public servants who believe that the "best interests of children" should prevail, the reality is that the pendulum has swung so the rights of parents are paramount in this state.

The result is that I have become a passionate advocate for helping children and their families focus on what is truly in the best interests of children when they are engaged in an increasingly complex legal system.

I have written the chapter on Prenuptial Agreements for the Florida CLE Red Books because I have prepared premarital agreements for years.  As the laws have changed, my firm has become skilled in drafting both marital settlement agreements and  parenting and time sharing plans that are designed to fit the family's needs rather than forcing the family to fit into the online forms.

While I enjoy the trial work, the more I have litigated these cases, the more I have come to realize the unintended negative consequence of protracted litigation on the children over whom parents are fighting with the result that by preparing for mediation and other alternative dispute resolution mechanisms, we have been able to assist some families in avoiding the traditional "knock down dragged out fight" than can deplete them emotionally and financially.  As the traditional family unit has changed, my firm has become experienced in working with all types of family units..

I also assist families by preparing wills as well as the important "life documents" such as living wills, durable powers of attorney & health care surrogate designations that are so important to the quality of life for families as they age. As a result, I also handle probate, trust administration or other after death transfers.

For my clients who are facing either the problems of domestic violence, alcoholism or other substance abuse issues, broken relationships or the joy of bringing another child into the family by adoption or other means, I am committed to applying my experience and knowledge to finding the best resolution with compassion and competence. I have helped countless individuals recognize and access their custodial and property rights during what seemed like the worst days of their marriage breaking up while watching them grow into a new and often improved life after their case is completed. Whether their case is resolved in negotiations, mediation or other dispute resolution mechanisms, or requires a trial, our investigation, thorough preparation and zealous trial and now mediation advocacy combined with compassionate support are well known in the area. My staff and I are committed to using our years of experience to provide knowledgeable, competent and compassionate advocacy for every single client. Each case is as unique as each of our clients and is treated according.

I have served on many committees both in my church community and the broader community.  I was one of three founding members of the original Clearwater Legal Aid Society which was later absorbed into Gulfcoast Legal Services.  I have been active in the Clearwater Bar Association serving at one time in many offices and chairing multiple committees.  When my children were young, I negotiated the path of Parent Teacher Associations along with community services such as the Human Rights Advocacy Committee.  In recent years I spent several terms on the Florida Bar Family Law Rules Committee and served as Chair from 2013-2014.  In 2014 I was privileged to be appointed to the Florida Supreme Court Steering Committee on Families and Children and I serve as the liaison from the Steering Committee to the Family Law Rules Committee. 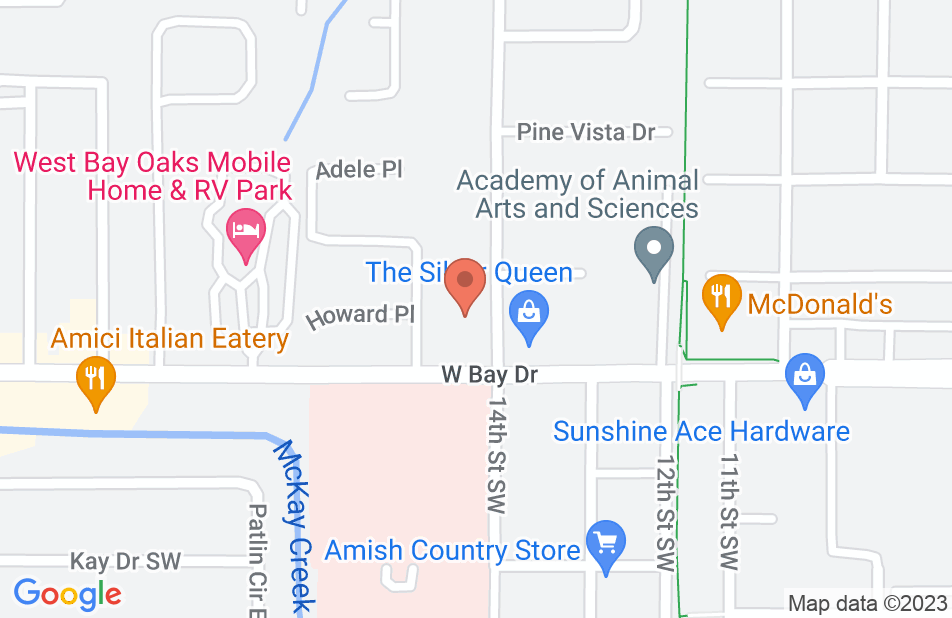 Mary Lou has been practicing adoption and family law for over 40 years. She is knowledgeable and professional.

I endorse this lawyer. She is a knowledgeable and zealous advocate for her clients.