Trust experience with advanced legal and scientific knowledge for your legal matter.

Paul DeCailly is a former United States Marine who proudly served from 1989 to 1993 as an Amphibious Assault Vehicle Crewman / Crew Chief.
After being Honorably Discharged from the Marine Corps, Paul began his education and obtained a Bachelors Degree in interdisciplinary Studies with a focus on the American Judicial System from Wayne State University in Detroit Michigan, and went on to Law School at Thomas M. Cooley Law School where he received his Juris Doctorate Degree with certificates in Litigation and Solo Practice Concentrations on May 13, 2000.
While attending Law School Paul Clerked for the Hon. Colleen O’Brian in the Oakland County Circuit Court, and also clerked for a prominent civil rights and employment discrimination attorney in Franklin Michigan.
Paul also did a one semester externship at the Washtenaw County Office of the Public Defender which eventually lead to a position with the office as a full time/part time assistant public defender from February of 2001 to September of 2002.
Paul took the State of Michigan Bar Exam in July of 2000 and received notice that he passed on November 2, 2000. He was sworn into the practice of law on November 17, 2000 and opened his Law Practice on November 18, 2000. In July of 2004 Paul took and passed the Florida Bar Exam becoming licensed to practice in Florida on October 4, 2004. 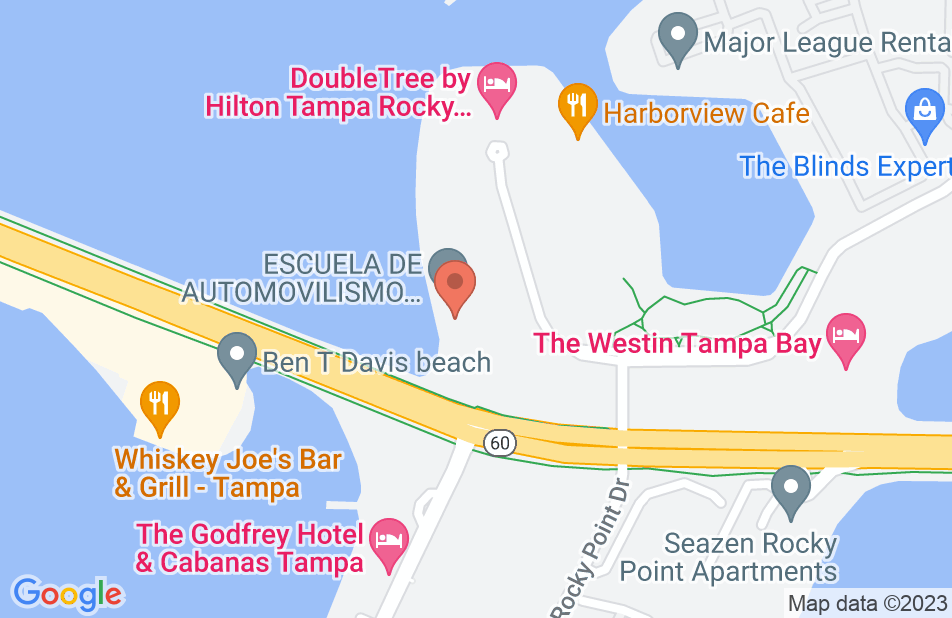 Mr. Decailly handled my DUI case and I walked out of Court today with no conviction. The officer pulled me over because the car I was driving was registered to someone who had a suspended license. Mr. Decailly Challenged the stop of the vehicle, and ALL the evidence was tossed out. I owe him much more than I paid him, which was fair and reasonable.

Paul believes in the ADA

I have Tourettes and Aspergers Syndrome plus another disability called verbal Intermittent Explosive Disorder that are US Social Security Disability classifications. Anybody that cannot imagine what my life is around people who do not have disabilities can be understood by going to my blog which is: ibelieveintheada2013.blogspot.com Paul is an attorney that is exactly like the title I chose for my blog, I believe in the ADA. Paul believes in the ADA - Americans with Disabilities Act. Paul and believe me when I say this as I do not lie (how do you think I have a Secret Service Agent for the Department of Homeland Security as a reference), Paul believes when there is a Federal Law concerning people with Disabilities, all states do not have the right to circumvent Federal Edicts. Federal always trumps local no matter where you are at in the nation. In my case not just my case, my life is well due to the disability I would write more than 4000 characters so read my blog of which Paul is aware of everything I wrote as he gets a copy of everything that I write on it.

We called Paul DeCailly at 10 pm on a Saturday night just hoping to leave a message and we got a live person who patched us through to Paul immediately. He took our call, we needed to stop a foreclosure sale of our house on the following Tuesday. He took quick action, but only after we did our part by supplying him with information. A Chapter 7 Bankruptcy was filed on sunday and the sale was stopped. Not only did he stop the sale, but he managed to get my student loans DISCHARGED!!!! It was not easy but he took on the Department of Education and won. He kept us in our house for an additional 8 months and managed to get us $2500.00 from the mortgage company to help us move. We were amazed that he actually took the time to analyze our entire financial situation and encouraged us to file the action to discharge my student loans. He made no promises but the promise that he would use all his skills and knowledge to get us maximum relief through our Bankruptcy.

He helped me with my bankruptcy, very professional, very easy to talk to and helpful through a rough patch, I feel fortunate to have had a Paul Decailly as my lawyer.

Walking in with timeline demands that needed to be met. Paul DeCailly stepped up and got everything done in time. I wasn't able to sleep until Paul got on the case and handled it quick and concise. I recommend him and his services like I have to friends and family already.

BEST ATTORNEY YOU WILL EVER FIND

I have used Paul DeCailly's services on various occasions, Chapter 13, a wrongful termination case and recently a family divorce case. In all situations he was very responsive to my calls, never felt like there was a lack of communication, very trust worthy and was really good about meeting me in his office at any time I needed his advice. He is a very knowledgeable attorney and has handled all of my cases in a timely fashion and a job well done. I wish he was licensed in the State of Texas as my family has a large case, a hit and run drunk driver killed my 22 year old Nephew and I have had to do most of the research for a firm of attorneys, it has been going on for over 5 months now with no progress. I seriously feel Mr. DeCailly would have already handled this case well and with some progress at this point. I have had a few attorney's before him and never had any success or trust in them until I met Paul DeCailly, I would put my life in this man's hands and know I was safe.

I contacted the office 20 hours before my house was to sold at foreclosure and they put together a emergency bankruptcy in plenty of time to stop the sale. Today we are in a great CH13 plan our second mortgage is gone and first one modified, he reduced our interest rate on out truck from 16% to 5%. We are very happy with Paul's services.

Excellent Attorney who helped us out of a very tough financial situation. I would recommend Paul to all of my family & friends.

We hired Mr. Decailly to represent our son in a serious criminal matter. His performance exceeded our expectations. He treated our son and our family with great respect and brought about an exceptional result in the end. He kept us informed of hearings and other critical appointments. We would recommend him to our friends and family.
See all reviews

Paul is a caring and skillful attorney dedicated to protecting the rights of people accused of a crime. If one is under threat of criminal prosecution, rest assured Paul will stand up for you.