After practicing for more than twenty years and handling well over a thousand employment law cases, I have observed that many of my clients, at some point in the representation, share with me that one of their primary motives in seeking legal assistance is to make sure that what happened to them does not happen to somebody else. As a passionate, competitive trial lawyer who enjoys holding employers accountable for their actions, I help my clients achieve their goal by taking on workplace bullies and not letting go until a reasonable measure of justice has been achieved. Clients often tell me that the most rewarding part of the litigation experience for them is the day that I take the deposition of the person who ultimately caused them to be terminated or otherwise violated their workplace rights, putting them on the hot seat and making them account for the half truths and outright lies they often tell to cover up their unlawful actions. While the theater of courtroom combat is certainly an adrenalin rush, what I most enjoy about representing employees is watching a client move from frustrated and angry when I first meet them and, after a matter has concluded, seeing that they have obtained satisfaction and closure as a result of my efforts.

I am the first (and only) lawyer from a large family with mostly blue collar roots. I am proud to be a “Double Gator,” graduating from the University of Florida where I received my bachelor’s degree in English in 1989, with honors, and my law degree, with honors, in 1993, while serving on the Editorial Board of the University of Florida Law Review. However, in terms of how I can relate to a broad variety of people and be equally comfortable with folks who perform hard physical labor for a living as well as business executives at major corporations, my former boss, United States Magistrate Judge Mark A. Pizzo for whom I served as his first Law Clerk, often told me that I learned more about how to be a trial lawyer as a result of my years at Tampa’s Jefferson High School, an inner-city school with a remarkable mix of ethnicities and socioeconomic groups, than any other formal education I’ve had since.

What is more important to me than any external recognition or involvement in the legal community are the contents of the folders I keep in my desk drawer filled with thank you letters, notes, cards, plaques, emails and various other items received from clients through the years. Many employees spend more hours at work than they spend anywhere else – when something goes wrong in that relationship or when an employer fails to pay an employee what they are owed, it can become quite personal. I am always aware that when a client chooses me as their attorney, they have chosen to allow me to handle a matter that is very personal to them, and I treat it as such. I will try to learn about their family, their hobbies, and their interests, while sharing various aspects of my own background, including that I am lucky to be married to a first generation Cuban American, Rebeca Fenton, and am a father to two wonderful boys. When I’m not fighting for employee rights, I enjoy traveling with my family, collecting and listening to music from a broad variety of musical genres, reading, spending time at the beach, and watching or attending Florida Gator football and basketball. 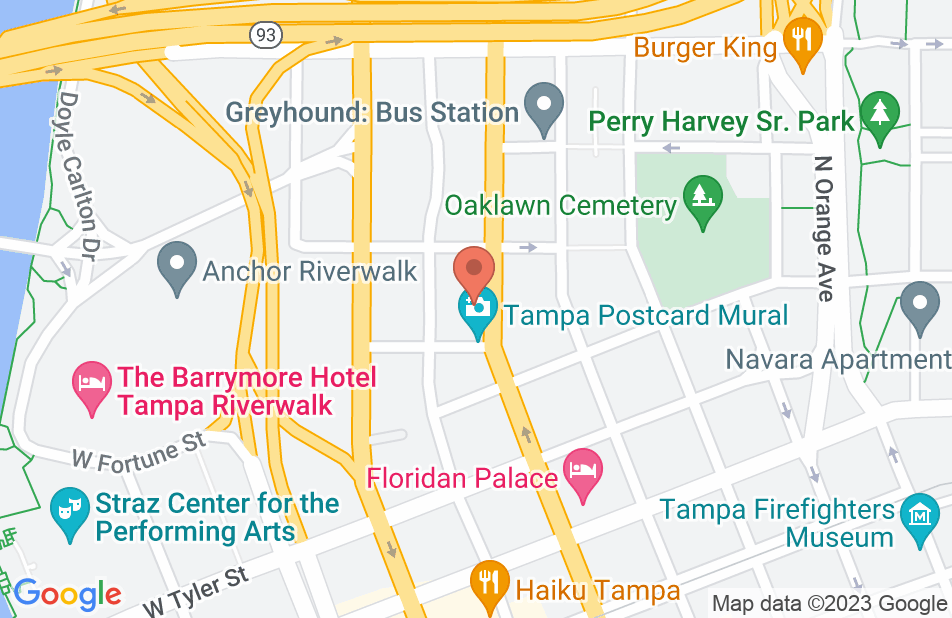 I felt alone and without a voice. After some research, I Stumbled upon attorney Matt Fenton. Matt was not only professional but humble and empathetic to what happened to me. I decided to hire Matt he communicated with me and was very tenacious in making sure justice was served. Thanks to Matt people like myself the average employee has a voice that can be heard. I wholeheartedly and without question recommend Attorney Matt Fenton. He definitely gets the job done. Top Gun in my eyes.
This review is from a person who hired this attorney.
Hired attorney

When I needed legal representation for an employment issue, Matt Fenton came highly recommended by those I trust -- and now, I know why! My best interests were his top priority. I was kept in the loop on every step. My questions and concerns were always addressed in a timely manner. I am so pleased with both the process and the resolution. Highly professional. I enthusiastically recommend Matt Fenton and his skilled team.
This review is from a person who hired this attorney.
Hired attorney

Mr.fenton was excellent the best lawyer I’ve ever experience by far very helpful and always keep you updated and responds in a timely fashion.i couldn’t ask for a better lawyer then mr.fenton he takes very serious in fighting for employees rights im just glad that he was on my side.very very great work
This review is from a person who hired this attorney.
Hired attorney

I was very blessed to have the opportunity to have Mr. Fenton as my attorney. He is thorough, professional and worked so very hard on my case I didn't feel left out, but very much included in the process. He also has the most courteous and respectful staff. I would definitely use his services again if needed. Again, I can't thank him enough for all he has done for me. Excellent AAA+ service!
This review is from a person who hired this attorney.
Hired attorney

Matt Fenton at Wenzel Fenton Cabassa, P.A. is a great attorney. All my questions and concerns were answered in a timely fashion and the case was taken seriously and not throwed to side and forgot about.
This review is from a person who hired this attorney.
Hired attorney

Mr. Fenton and staff are extremely skilled and professional. I would highly recommend their services! Not once did I doubt my decision picking Mr. Fenton as my lawyer. He focused on every detail of my case and made sure to present it in the right way.
This review is from a person who hired this attorney.
Hired attorney

Before hiring Mr. Fenton late last year, I had first researched about 60 to 70 top rated attorney's that specializes in employment related issues in the State of Florida. After several weeks of researching, and reading about many top rated attorney's, I kept going back to Mr. Fenton. The reviews online were dead on with the experience I had from my first phone call with him. He was honest with me and responded to every email sent to him. Although I wasn't able to sue for all the things I would have like to have, Mr. Fenton was up front with me and we went the direction he advised and settled when he advised to keep the suite from dragging on for years. My experience with the entire staff at this office was without a doubt a wonderful experience. I would recommend Mr. Fenton and his staff for anyone with an employment issue. Thank you for everything. Jeff
This review is from a person who hired this attorney.
Hired attorney

Matt Fenton was truly a blessing and a joy to work with. He resolved my case in a very short time with a very good outcome!
This review is from a person who hired this attorney.
Hired attorney

If I could do it all over again, I would've called here sooner! They turned my lemons to lemonade!

The team here was just awesome! Everything from communication to imparting knowledge on me was superb. I truly feel as though my case couldn't have been handled better. I would recommend WFC everyday of the week and two times on Sundays!!!
This review is from a person who hired this attorney.
Hired attorney

I was very satisfied with the service I received from Mr. Fenton and his firm. He was very professional at all times. He was very understanding. He explained to me the process and kept me informed every step of the way. He was available to me when I had questions. I will refer him to anyone who needs his expertise. Great lawyer and great firm.
This review is from a person who hired this attorney.
Hired attorney
See all reviews

I endorse this lawyer. Matt is extremely knowledgeable and esteemed by his colleagues in the legal community. He is aggressive while maintaining practicality.

I endorse this lawyer. Matt is really the go to guy for handling employment disputes. He is always responsive to clients' needs and his legal knowledge within his field of practice is highly respected by his peers.

I endorse Matt Fenton. He is an exceptionally bright, hard working and effective lawyer. He is a credit to all lawyers and exemplifies the qualities of honesty, hard work, trustworthiness, and excellence that every lawyer should strive towards. I do not hesitate for one second to recommend Matt Fenton with my highest compliments.

I have worked with Matt on numerous cases and have found him to be a great advocate for his clients. I highly recommend him.

My client couldn't say enough wonderful things about the consultation she had with Matt Fenton. I referred a client to Matt regarding a non-compete contract. My client reports that Matt listened to her, even through her tears, consoled her, and advised her of her options under the law. Even though my client decided to move forward without litigation, she was thankful to me for my recommendation of her to Matt. Based on my client's review, and other clients my firm has previously referred to Matt, I won't hesitate to continue to refer employment and labor law cases to him.

Bruce Denson, DUI and DWI Attorney on May 8, 2008
Relationship: Fellow lawyer in community

Matt is almost always the smartest lawyer in the room. His knowledge of legal issues in the field of Labor and Employment Law is deep and he brings wisdom and intelligence to bear on all client issues. His work with on behalf of both employers and employees is unequaled in Florida. I have sent him many clients and they have all been very satisfied with his work.