Matthew J. Jowanna obtained his Bachelor of Arts (B.A.) degree, majoring in Broadcasting and Mass Communications, from the University of South Florida. While at the University of South Florida, Mr. Jowanna was a member of the Golden Key National Honor Society and the Outstanding College Students of America. For seven years before attending law school, Mr. Jowanna worked for several Tampa Bay area radio and television stations as an announcer, news anchor, news assignment editor, on-air talent, producer, reporter and writer.

After being accepted by the law schools at the University of Florida, Florida State University and Stetson University, Mr. Jowanna accepted an academic scholarship, and obtained his Juris Doctor (J.D.) degree, from Nova Southeastern University – where he graduated Summa Cum Laude (with Highest Honors) and achieved the distinction of graduating in the Top 2% of his law school class of 266 graduates. While in law school, Mr. Jowanna was a Senior Staff Member, and published author, of the Nova Law Review; was awarded the Attorneys’ Title Insurance Fund, Inc. Prize; was an associate member of the Moot Court Society; was a student member of ATLA (Association of Trial Lawyers of America); was a member of the Phi Delta Phi Honor Fraternity; was named to the law school’s Dean’s List every semester; received the Dean’s Award for Academic Excellence; received the Highest Grade Awards (Book Awards) for Florida Constitutional Law and Torts; received the West Publishing Corporation Award for Outstanding Scholastic Achievement; and was listed in Who’s Who Among American Law Students, 13th and 14th Editions, and The National Dean’s List, 17th Edition. Also during law school, Mr. Jowanna served as a Federal Judicial Intern for a Federal District Court Judge; was a Law Clerk for a County Court Judge; and was a Certified Legal Intern with the Office of the State Attorney for the Seventeenth Judicial Circuit in Fort Lauderdale, where he prosecuted cases before both bench and jury.

Mr. Jowanna obtained his postdoctoral Legum Magister (LL.M.) degree from the University of Notre Dame, graduating Magna Cum Laude (with High Honors). While pursuing his Master of Laws degree at Notre Dame Law School, Mr. Jowanna served as the LL.M. Representative on the Executive Board of the NDLS Student Bar Association. Receiving a perfect score on his LL.M. thesis, Mr. Jowanna’s thesis was one of the few chosen to be published as a Student Working Paper in Transitional Justice by the Center for Civil and Human Rights at Notre Dame Law School. Mr. Jowanna’s Notre Dame LL.M. thesis was also later published as the lead academic article in a volume of the University of the Pacific’s McGeorge Law Review.

Prior to opening The Law Offices of Matthew J. Jowanna, P.A., Mr. Jowanna was a Partner in one of the largest insurance defense and insurance coverage law firms in the state of Florida. While practicing in the areas of coverage and defense, Mr. Jowanna also broadened his practice areas to include personal injury and construction cases involving significant damages. Mr. Jowanna was next then a Partner with another large Florida law firm that also allowed him to practice in the areas of insurance coverage, insurance defense and personal injury. This balanced practice allowed Mr. Jowanna to gain well-rounded trial experience representing both Plaintiffs and Defendants in different cases, which would allow him to provide his clients with a perspective from both sides.

Being “AV” rated by Martindale-Hubbell, Mr. Jowanna has obtained the peer review rating of “preeminent” for his legal ability. Only the Top 10% of all lawyers across the nation receive this pinnacle rating. Mr. Jowanna is the only attorney principally located in Wesley Chapel, New Tampa, Zephyrhills and Dade City that is rated by Avvo.com as “Superb” (10 out of 10) for the legal practice categories of Personal Injury, Family Law, Estate Planning and Probate.

Mr. Jowanna was named as one of the Top Rated Lawyers and Legal Leaders in the Tampa Bay area, as published by the Tampa Tribune. Mr. Jowanna is also a member of the Million Dollar Advocates Forum and the Multi-Million Dollar Advocates Forum, Top Trial Lawyers in America for obtaining substantial recoveries for his clients. Fewer than 1% of U.S. lawyers are members. Shortly after establishing The Law Offices of Matthew J. Jowanna, P.A., the Firm was listed in the Bar Register of Preeminent Lawyers. Fewer than five percent (5%) of law firms qualify and are included in the Bar Register of Preeminent Lawyers.

Some of Mr. Jowanna’s Legal Publications and Lectures include the following:

Restrictions Against the Use of Hurricane Shutters: Are They Enforceable After Hurricane Andrew?, 17 Nova L. Rev. 1191 (1993)

Some of Mr. Jowanna’s Reported Case Decisions include the following:

You may send Mr. Jowanna an email at [email protected] 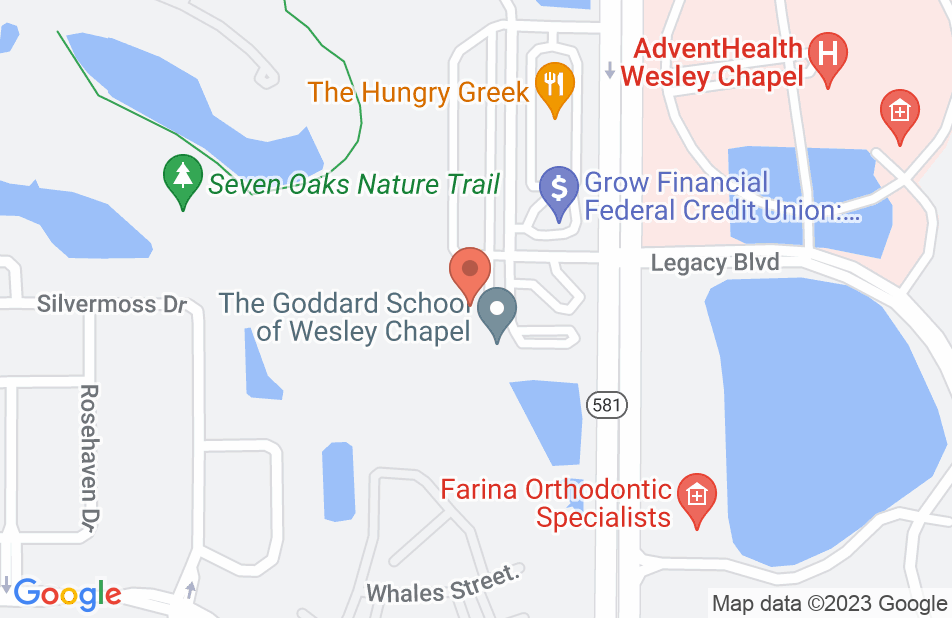 I retained Mr. Jowanna's services in 2017 through 2020 to represent us in a lawsuit. He and his staff are so down to earth. He breaks it all down in terms in which the average individual understands. He seems so laid back but don't let that fool you he is a bulldog when he represents you. He doesn't talk to his clients in a condescending manner like so many other attorneys. He looks out for the financial aspect trying to save his clients from exorbitant attorney fees. He actually listens to what you are telling him and then he consults with you on his plan of strategy. And if you still have trouble understanding what he is trying to get a cross to you then he goes to the drawing board so that he can present it to you visually. He and his staff respond quickly to any and all request. You can tell that he has a passion for the law. I can't express enough how highly I think of him and his staff.
This review is from a person who hired this attorney.
Hired attorney
Matthew Jowanna's response: Thank you, Audrey. That’s exactly the standard I set for my office. I’m glad we met all of your needs and expectations. You were a great client too!

I contacted Matthew Jowanna about an issue in terms of establishing a trust for my daughter. It turned out that given that she does not live in FL although I do, it was not possible for him to be of assistance. Another attorney at his office worked with me on this. They are responsive and professional. I would unhesitatingly use them in the future based on my limited experience with them.
This review is from a potential client who consulted with this attorney.
Consulted attorney
Matthew Jowanna's response: Tom, thank you for your kind words. Please call upon us anytime.

The best lawyer I've ever met.

I live in Land O' Lakes and was looking for a lawyer that was both close and excellent. I didn't want to have to go to downtown Tampa or Orlando to find a big time lawyer. So, I Googled and Googled. Luckily, I found Mr. Jowanna's website. Most lawyers I saw on the Internet (even in the big fancy and expensive law firms) did not even come close to Mr. Jowanna's experience and qualifications. So, I made an appointment. I met personally with Mr. Jowanna and his Office Manager, Andrea. They took the time to listen to everything I had to say. They were very down to earth and casual, which made me less nervous and put me at ease. But, Mr. Jowanna immediately knew the answer to every question I had. And, they didn't charge me anything. Go talk to your doctor for half an hour and see if that's free! It was the best of both worlds. I hired a big league qualified lawyer that was courteous, friendly, very down to earth and professional. I would reccomend Mr. Jowanna's office to everyone. But, do your own homework. You won't find anyone in the area with credentinals that even come close. Everyone in the office was more like a law family instead of some stuffy and stiff law firm.
Matthew Jowanna's response: Thank you very much, Lloyd. I’m glad you are fully satisfied with what we could do for you. Call us anytime.

Mr. Jowanna and his team made accommodations for me that I wouldn't expect a lawyer to make just to be sure I was taken care of and fully satisfied. Really caring customer service. I will definitely use again if I ever need a lawyer again.
Matthew Jowanna's response: Thank you, Roger. We’re happy we could help.

Mr. Jowanna really helped me out of a jam. I could really tell that it had nothing to do with money. It was about one human being helping another.
Matthew Jowanna's response: Thank you, Katherine. I’m glad we could help.

I really shopped around for a great lawyer, and I finally found one. Mr. Jowanna's experience and credentials are leaps and bounds beyond any other lawyer in the area. I received excellent service and attention, and an even better result.
Matthew Jowanna's response: That’s very nice of you to say, Michael. We’re happy we could help.

Did an excellent job for me. One of the smartest people I have ever met.
Matthew Jowanna's response: Maria, you are far too kind. We’re glad you are so happy with our work.

I endorse Matt Jowanna as a fine lawyer who wisely developed his legal skills and knowledge from different positions at the courthouse. He has successfully served claimants, defendants, insurance companies, and even appellants over his career. This vast insight sets him apart from the competition and is a real boon to his clientele.

I endorse this lawyer. Matt is professional, thorough and a tenacious advocate for his clients. He was knowledgeable with the law, the medicine and trial practice. He proved himself to be a man of his word which frankly, was refreshing in today's legal atmosphere of winning at all costs. He conducted himself with the highest level of ethics and provided his client with the highest level of representation. In short, a very worthy opponent.

Matt Jowanna is a passionate lawyer who zealously represents his clients. He will leave no stone unturned in his efforts to provide the best possible outcome, while earning the respect of his peers with his innovative legal work. I would highly recommend him for any of your legal needs.

I endorse this lawyer for his skills in litigation, personal injury, insurance and bankruptcy. He is committed to providing the best representation possible under all circumstances. I highly recommend his work!