Bob was born and raised in Miami, Florida. He is a native Floridian, who attended both undergraduate school and law school in South Florida. He has had his own private practice in Broward County since 1984 and has been practicing Marital and Family law since being admitted to the Florida Bar in 1980. Mr. Sidweber is Florida Bar Board Certified in Marital and Family Law and has been since 1995, having met all of the requirements of the Florida Bar to be called an expert and specialist. He is a Fellow of the American Academy of Matrimonial Lawyers, since March 2000.

Bob has also achieved the highest possible "AV"peer review rating by Martindale-Hubbell, such ratings being established by other lawyers and thereby providing the opportunity for those seeking a lawyer to find the best possible lawyer. In addition, for the years 2006 through 2012, Bob has been included as one of Florida's Superlawyers, as well as being listed as a "Top Lawyer" in the prestigious South Florida Legal Guide, for the past several years through 2012. For the 2010, 2011, and 2012 editions, Bob was selected as one of the "Best Lawyers in America", in the specialty of Family Law. Also, Bob has been recognized by the Wall Street Journal in its selection of Florida's top attorneys in 2013. 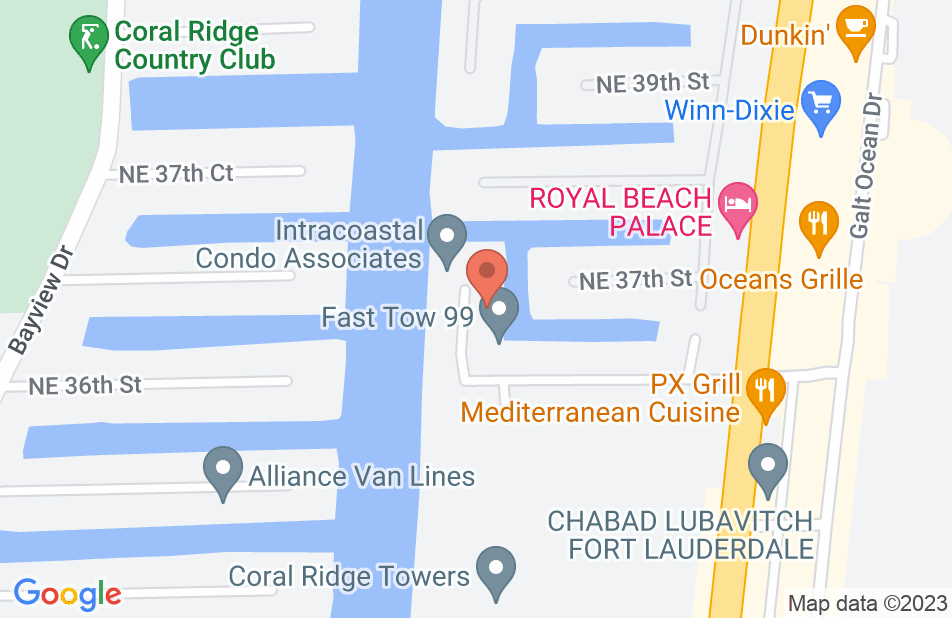 Bob and his staff were fantastic

I hired Robert Sidweber four years ago for a divorce and worked with him for months before my husband and I reconciled. Fast forward four years later and I didn't think twice about calling him again. My divorce took 100 days from the first contact to set up a meeting until the final judgement. He and his assistant Samantha were fantastic in every way. They were patient and kept me informed every step of the way. Bob has the most gentle way about him, but you know he is tough as nails when he needs to be. I would recommend him to anyone.
This review is from a person who hired this attorney.
Hired attorney

Extremely Kind patient and a realist!

I hired Mr Sidweber years ago and I have to say since then I have had many attorneys and I feel that Mr Sidweber was actually the only attorney that kept in the loop and tried to solve all problems within reason without getting my hopes up. A very down to earth person, always on time and the process was as good as it could be within the resources I had to use for my situation. I appreciate everything that Mr sidweber and his Partner Karen did for me. I was always a priority when I was in the office and in the courtroom. You can not ask for anything more.
This review is from a person who hired this attorney.
Hired attorney

The Best in the Business

Bob handled my dissolution of marriage. It was filed in October and finalized to my total satisfaction in July. Throughout the entire process, I was kept informed. My inquiries to the law firm were handled quickly. I can highly recommend Bob. He made sure my interests were protected at all times. He is truly the best.
This review is from a person who hired this attorney.
Hired attorney

The Best Lawyer You Could Ask For

Mr. Sidweber is one of the most intelligent and sophisticated individuals I have ever come in contact with, which is why he is he is highly respected amongst his community. He has been my lawyer for many years, getting me through my very long, intense, and painful divorce. He has consistently stuck by my side while my ex has gone through a numerous amount of lawyers. Bob's skill set is beyond impeccable. His strategic and analytical mindset, along with his natural persuasiveness, has successfully won every single one of my legal battles. With him by your side, you never have to worry about feeling stressed or intimated walking into the court room or facing your soon-to-be ex with his or her opposing attorney because Bob's resilience and confidence will rest assure you that you are in the best hands possible. I always felt so comfortable consulting with Bob; he always makes the time to pay attention and care for each and every one of his clients by promptly responding with diligence and thoroughness. I wouldn't want anyone else to fight for me and my children, and I can honestly say I trust him with my life. Just know that if you not only have the chance, but the privilege to have Bob represent you, consider yourself a very fortunate person.
This review is from a person who hired this attorney.
Hired attorney

I hired Bob Sidweber after interviewing several attorneys. Bob and his team kept me informed throughout the process and I always had my phone calls returned. Bob was able to draft complex legal documents and relayed their meaning to me with great patience. If you are in need of an articulate professional, I would highly recommend Bob Sidweber and his staff.
This review is from a person who hired this attorney.
Hired attorney

I was in a long term marriage to a very controlling husband. Bob Sidweber knew how to handle him. My ex tried every trick in the book including attempts at severe “gas lighting”. Bob not only kept me strong, but always carried himself in the highests ethical and professional standards. The case took two and a half years to settle. Bob’s amazing legal skills, compassion, and thoroughness landed me the settlement I deserved.
This review is from a person who hired this attorney.
Hired attorney

I can’t say enough about my experience with Attorney Robert Sidweber fighting my case. When you hire him, you are hiring a team of competent individuals who strive for the best outcome for you. They are thorough and responsive, and kept me informed each and every step of the legal process. My only regret is that I did not go to him first. It would have saved me a lot of time, money, and aggravation. Don't make the same mistake I did ! Juby D
This review is from a person who hired this attorney.
Hired attorney

He is my go to lawyer

I was referred to Bob Sidweber by my trusted CPA of 15 years, who only refers vetted, trustworthy, and competent professionals. After having Bob prepare documents for me and represent me in an unrelated case, that’s exactly the qualities he demonstrated. His advice and fair strategies saved me from a possible continuous legal battel. I was always connected to Bob immediately when he was in the office, if he was in court he would return my call while on the next break. That’s an old school quality that is almost extinct. His assistant, Wendy Erdmann really helped everything run smoothly. I also noticed that his office staff are extremely friendly and helpful. If I had a negative experience, I would tell you. His price range is normal, you get what you pay for. I am happy with the outcome of both my cases due to Bob Sidweber. He is my go to family Lawyer.
This review is from a person who hired this attorney.
Hired attorney

I hired Bob for a divorce case that we thought would be straight forward but ended up lasting over a year. All along the way, Bob and his staff kept me informed, responded quickly to my calls, and explained the process and my options very carefully. I always felt that I was more than just a client for Bob and that he truly cared about the outcome of my situation. I was fortunate that I worked with him during a very difficult time.
This review is from a person who hired this attorney.
Hired attorney

WHEN DO YOU KNOW YOU HAVE THE BEST

WHEN DO YOU KNOW YOU HAVE THE BEST I , like many of my colleagues, including my legal friends , use the internet to answer just about any question we may have concerning our local business interest, our family, our health, and to a lesser extent, LEGAL ADVICE. Yet our Marital relations are probably the most personal and sensitive areas of our lives, especially when there are children involved. I can relay one piece of advice for sure, after a 2 year contentous martial disolution, not to mention the cost, you will know that moment the incredible value of a good lawyer. Such is the case for Bob Sidweber. Even today, using the power the World Wide Web, the selection of a highly competent Lawyer is generally a coin toss at best. Luckily, through recomendations of some close friends, Bob was the unanmious choice. I had no idea the life long impact that selection was to have on my life. Bob had the nescessary skills and knowledge to recognize the long term impact of the decisions we were making on my behalf. He very skillfuly and artfully guided me through the maze, to eventually bring a fair resolution for both parties. I would certainly recommend Bob Sidweber in any Marital and divorce Issues.
See all reviews

I have known Bob and his family for several years. I have recommended him to several clients and they have all said wonderful things about him and Karen.

I endorse this lawyer. I have known Bob for many years and find him to be very knowledgeable as a family law attorney, and very effective as a mediator. His calm demeanor during mediations make the parties feel comfortable and in the mood to settle!

I have worked with Bob Sidweber as opposing lawyer in a very complex high net worth case for almost two years. He has at all times been professional and very knowledgable about very unique issues of law. Through his professionalism and collaboration the parties have been able to achieve a fair and reasonable settlement for each of our clients. Very good lawyer.

I have known Robert Sidweber for many years in fact decades. I have been practice myself for 36 years and over the years have had many occasions to have cases in which we were on opposite sides. He is a tough litigator and formidable opponent and yet always conducts himself reasonably and resolves cases appropriately when able to do so. I endorse him as a Family lawyer.

I endorse this lawyer. Over the years I have had the opportunity to work both with, and against, Bob Sidweber on different family law cases. A consummate professional, he is highly organized, meticulous, and detail oriented. While Bob is a forceful advocate for his clients--and certainly a formidable adversary--he is honorable, always a gentleman, and doesn't waste time or foment unnecessary litigation with provocative posturing.

An opposing counsel that practices ethically and with integrity can make all the difference in such a difficult and emotional area of the law. Whether resolving amicably, or litigating a case with Bob Sidweber, you can trust he will practice with professionalism and the upmost respect for the law and the parties involved.