We focus on personal injury and property claims.  We are located in Miami, but we handle cases throughout Florida.  Call us anytime, or visit our website for more information. 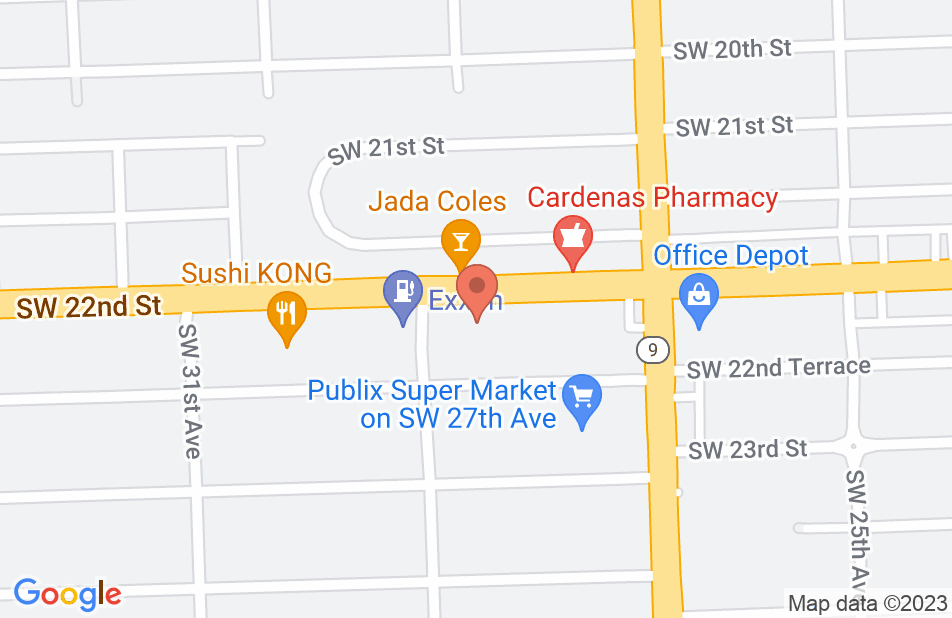 Bobby was able to get my accident case resolved as quickly as possible, even when the insurance company was delaying the whole thing.
This review is from a person who hired this attorney.
Hired attorney

I would not recommend him

I was a client of attorney Bobby Nunez. During the first meetings with the attorney I asked some question that were not cleared answered and y were many more that he would not answered. Since it was my first accident, I was very confused about the procedures when to do what and who will do what. I signed contract with this firm sometime in the middle of February. At the end of month, our situation got worse not only economically since we lost all incomes but also the only vehicle in the household broke down. We have limited transportation and liquid assets to manage the regular bills (mortgages and utilities) then credit cards and loans, any other bills. Unfortunately, we couldn’t continue with the physical therapies and We participated our decision to the attorney. At the beginning of June, I contacted the attorneys office to obtain a case status. To our surprise the assistant asked if we stopped the treatments and we told her yes. We have communicated the information to the attorney back in February not because we were feeling better but other situations were pressing that required immediate attention. To our surprise she said that without treatment there was not case. That she would consult with the attorney but that was pretty final and she did not believe it would change. She was flabbergasted when I asked why did not the attorney let us know. He knew we were stopping the treatments and never indicated otherwise. She also said that she checked with the clients monthly, so why didn’t she check with us not even after a month or two months or not even after four months? Why? Immediately after a validation email came from the attorney confirming that without a treatment there was not case and he would not represent us anymore. I was disappointed because we were expecting to be informed about the process, the steps during the process and also informed that it was imperative to have therapist in order to have a legal representation. We thought we have stopped an important aspect of our case with justifications or not, but we also have talked about other factors that weight equally or more than the treatments for example: I bought my car and I have paid 14 k towards that property which I lost? Wages, emotional distress? All other problems that come after the accident that can not be resolved with physical therapy. i recalled the attorney said, don’t worry please write down all your lost I will present them to the insurance company. So what happened to all those lost besides the health issues? They are not valid? They don’t count ? They are not important? All those factors were important to us because we were affected by a guy that was negligent while driving i95 and hit our rear back while moving. He broke our balance and equity in our life’s, he made me particularly feel disoriented, lost, lost lost. -and we had an attorney but he did not support us as we thought and at the end he dismissed us totally.
This review is from a person who hired this attorney.
Hired attorney
Bobby Nunez's response: Anonymous comment is suspect; moreover, Florida Bar rules did not permit substantive response due to privilege.

I have known Bobby now for a number of years. He is a dedicated, knowledgeable, ethical attorney whom you should trust with either your personal injury case or property damage case. I endorse this attorney.

Erwin Acle, Insurance Attorney on May 4, 2016
Relationship: Worked together on matter

I have worked with Mr. Nunez on several cases and he is an extremely professional and knowledgeable attorney. I would highly recommend his services if you need an attorney.

I highly recommend Mr. Nunez for your personal injury and insurance matters.

I endorse this lawyer. Bobby works tirelessly to achieve the best results that he can for his clients. He remains composed, polite and professional during litigious matters and remains a pleasure to work with.

Mr. Nunez is an excellent and passionate attorney who advocates aggressively for all his clients. I recommended Mr. Nunez to anyone in need of a great personal injury attorney.

Bobby Nunez is an intelligent, articulate, and energetic attorney. I highly recommend Bobby in his practice of law.

I have been impressed with Bobby's interest in, and knowledge of, property insurance matters. He has an outgoing and engaging personality, which serves him well. He actively seeks to share his knowledge with attorneys, and others in the community. We need more lawyers who have a similar outlook, as everyone could stand to benefit from such a strategy.