Dominick J. Salfi is the senior member of the firm and was a circuit judge in the 18th Circuit. He was born in Philadelphia, PA, in 1937 and moved to Florida in mid high shool years. He holds a Bachelor of Arts (1958) and a Juris Doctor (1961) from the University of Florida.  He gained his early experience as an attorney in private practice with Hornsby, Johnson, Yurko & Salfi (1961-1966) and Fishback, Davis, Dominick & Salfi (1966-1970).

In 1967 Mr. Salfi served as legal counsel to Orange-Seminole Legislative Delegation. In July of that year, he was appointed State Attorney for the 18th Judicial Circuit.  During this time, Mr. Salfi organized the first drug task force in this area, as well as the first Central Florida Interdepartmental Law Enforcement Unit which led to the arrest and conviction of various organized crime figures.  In 1970 Mr. Salfi was appointed to the circuit bench of the 18th Judicial Circuit. At that time, it was reported that he was the youngest Circuit Judge to hold such office in the history of the state.  Upon assuming the post of Circuit Judge, he worked in all divisions of the Court. During his tenure he had the opportunity to serve as an Associate Judge in the Fourth District Court of Appeals and as an Associate Justice of the Supreme Court. In addition, he worked to develope methods to improve the delivery of judicial services to families and children particularly, and helped make the system more accessible and understandable to the average person.  He was re-elected without opposition in 1972 and 1984. In 1978 he withstood a re-election challenge by winning every precinct in Seminole and Brevard counties. After 16 years on the bench, Mr. Salfi retired in 1987 to open the Law Offices of Dominick J. Salfi, P.A., d/b/a SalfiLaw.  In 1997, Mr. Salfi became the first American to defend an American in Cuba during Fidel Castro's rule.  Over his career he has received numerous awards for his contributions to the law and youth, some of which include the Award of Merit of the Assocation of Family & Conciliation Courts; Friend of Education Award of Seminole Education Association; and the Service to Mankind Award of Sertoma Club.  Mr. Salfi has been providing legal services to the public for over 50 years.  The firm is currently known as SalfiLaw. 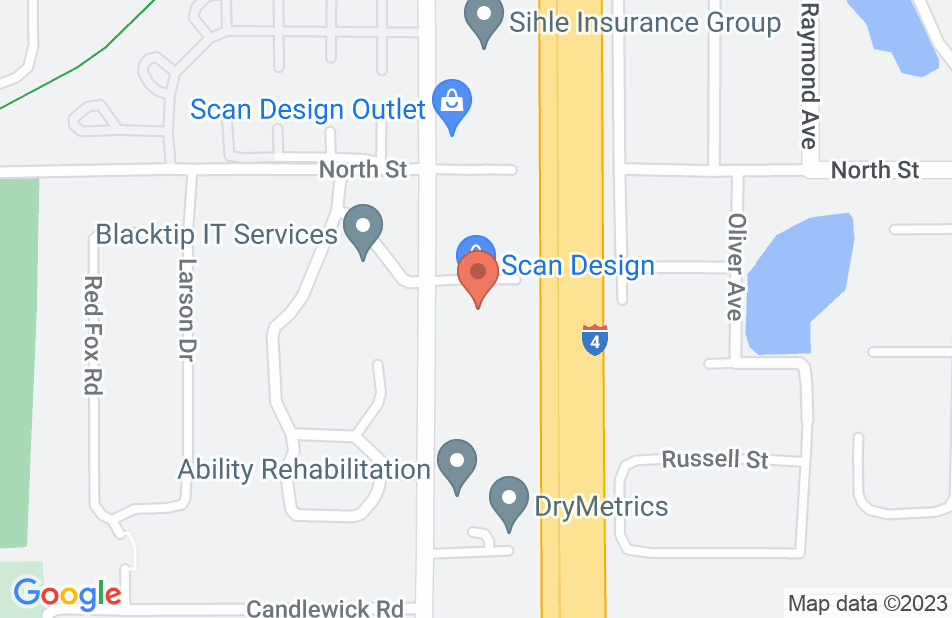 Exemplary Service for Many Years

Mr. Salfi has provided legal representation to myself and my husband for many years (me 15, my husband over 20 years). He is our "go to" person for all legal matters. He has always amazed me with his ability to execute at a very high level. He and his partners have represented us in family matters, business issues as well as residential/title issues. Each outcome was positive and met or exceeded my expectations. The service that the Salfi Law Firm has provided us over the years has provided me with a lot of confidence and security in life.

I have tried cases before Dominick when he was a circuit court judge, I have co-counseled cases with him working together for a common result on behalf of similarly situated parties, and I have opposed him while representing different clients in a business dispute. In my opinion, you will not find anyone more experienced and well versed in the law, nor will you find anyone who will work harder for you if you select him as your attorney.

Absolute professional, Mr Salfi has handled many legal situations both personal an professional, as this relationship has grown over 22 yrs. now. He and his firm have help me though Divorce & business difficulties in some very difficult & tough times. I would highly recommend Mr Salfi' & firm.

Salfi Law saved my daughter's life and kept me from losing my mind.

I had tried to seek legal help for visitation and shared parenting prior to coming to Salfi Law. I was beginning to lose hope. My daughter's alcoholic mother was endangering our childs life. I was the worst kind of client, desperate, terrified and was having difficulty controling my emotions. I believed two things, that Dominick Salfi cared about my child and that I could trust him. Through his excellent legal help, in 6 months, I was granted full custody. My daughter is safe today and it doesn't get any better than that.

Mr. Salfi represented me in a foreclosure lawsuit by a large bank. When I first went to see him he listened carefully and patiently explained things to me. This legal stuff can be scary when you don't know what's going on. After talking with Mr. Salfi the first time I was more calm, informed, and had confidence that he had it under control. Best part is that I didn't have to go to court, at all. He handled everything. This took away the stress and then won my case! The best part about having Mr. Salfi as my lawyer is the way he gave me confidence to face a difficult situation. His office staff is also very thorough and nice to work with. If you need a lawyer I highly recommend Mr. Salfi.

Dominick Salfi has represented us in several court cases and has always achieved the results we wanted with 100% satisfactory outcomes! He is an excellent listener making us feel our concerns and goals were clearly understood in each case. Having a lawyer who had been a judge also brought some unique perspectives to our conversations and added strength to the handling of our cases. I appreciate his command of facts and understanding of the law. In court he was calm, professional but relentless with argument, often leaving the other side scrambling to respond. His office staff also took excellent care of us. I highly recommend Dominick Salfi as an attorney. He deserves 10 stars.

I have used the firm of Salfi and Sprysenski for many years. They have helped me with a variety of issues - everything from credit card issues, to mortgage issues, and other debt related troubles that I have had. They have also assisted me with making up my will and handling numerous personal issues that I needed legal assistance with. I now use them for my business related affairs, and would not trust my legal issues to anyone other than them. If you want peace of mind and a job well done, you would be wise to use their firm for your legal issues as well.

Attorney Salfi was a horrible lawyer, represented our business and half way thru proceedings quit our case! Stated he "didn't have time to represent." Dropped our case by phone, very unprofessional. Always had a major attitude, very disrespectful. Worst experience ever. Do not waste your time. We were blessed to find a true professional lawyer that assisted with our needs.

Matthews Bark, Family Attorney on May 19, 2015
Relationship: Worked together on matter

Mr. Salfi is a mentor, example, and perhaps most importantly a phenomenal lawyer. His experience is unmatched. His knowledge of the law, and preparation, unmatched. I have trusted my own personal cases with Mr. Salfi. There may be no more of a ringing endorsement in my opinion.

There truly is no substitute for experience. Dominick Salfi has been an active member in our legal community for many years as an attorney, former judge, and mediator. There are not too many practicing attorneys that have the knowledge and experience that Attorney Salfi has, especially in his areas of law, which is undoubtedly an invaluable asset to his clients.