I am an attorney practicing family law and criminal in Northwest Florida.

I earned my Bachelor of Science in Business Administration from Florida State University. After completing undergrad, I studied law on a full scholarship at the FSU College of Law where I earned my juris doctor degree in 2004. I began my legal career as a prosecutor in Tallahassee, Florida.

I have spent 6 years working in the child welfare area of law, principally as a an attorney with the Florida Guardian ad Litem Program, representing the best interests of children who have been abused abandoned or neglect.

Previously, I worked with the Innocence Project of Florida to help innocent prisoners in Florida obtain their freedom through the use of DNA testing and to help rebuild their lives once released. One such case was that of Wilton Dedge, who after serving 22 years of a life sentence, was the first man in Florida exonerated through DNA evidence. Following Mr. Dedge's release, I worked with former American Bar Association President and Former President of Florida State University, Talbot "Sandy" D'Alemberte, to help lobby the Florida legislature in 2005 on a claims bill that eventually awarded Mr. Dedge a total of $2.2 million, the largest settlement regarding a wrongful conviction in Florida history. The story of Wilton Dedge was featured in the documentary "After Innocence" that was shown at the 2005 Sundance Film Festival.

I was appointed by President-elect Jesse Diner of the Florida Bar to its Committee on the Legal Needs of Children for the 2009-2011 term. The scope and function of the Legal Needs of Children committee is to find ways to implement procedures designed to help assist children who appear in our courtrooms, whether as victims, witnesses or defendants. The committee monitors and influences the Legislative process where such needs are concerned. The committee also studies developments in this specialized area of practice of the law and keep the members of the Florida Bar informed of significant developments in this practice area. 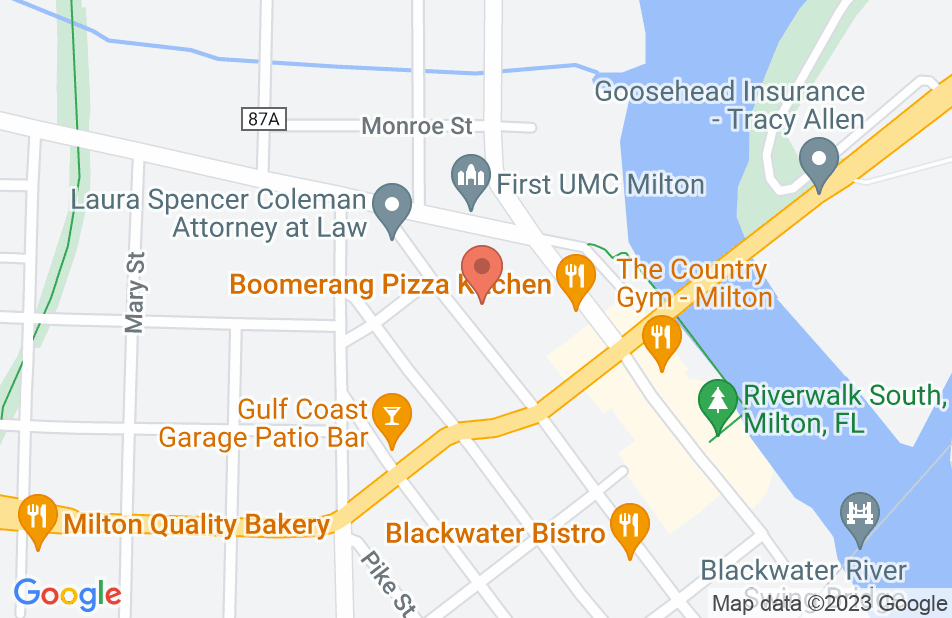 Being a service member stationed overseas, I found it difficult to find a lawyer who I felt would give me the attention I "deserved". After my first conversation with James, I felt confident that he was going to put my best interests forward. That became very evident when my ex was trying to keep my children from me. I contacted James and his team worked quickly to get my children back for me. Throughout the divorce process, it appeared that we were getting nowhere. James noticed that and was able to get me everything I had asked for. I do not think any other legal team would have gotten me all that I needed.
This review is from a person who hired this attorney.
Hired attorney

James did a terrific job of handling my divorce. He was aggressive when needed and always presented himself in the most professional manner. Adam and Monica always gave my case the appropriate attention when I would call. I would not hesitate to hire them again although I don't plan to remarry either !!
This review is from a person who hired this attorney.
Hired attorney

James and his team provide fantastic, honest, and timely service. He and his team communicate swiftly and effectively. I highly recommend James.
This review is from a person who hired this attorney.
Hired attorney

Mr. Turner and his staff go above and beyond for their clients.

Mr. Turner is professional, knowledgeable and is the best attorney I've ever hired for my highly contested family law case. I know there is no other attorney as dedicated, involved or has the vast amount of knowledge that Mr. Turner and his staff have.
This review is from a person who hired this attorney.
Hired attorney

Mr. Turner did a excellent job. I felt at ease during the consultation. He took the time to listen to what I had to say and I didnt feel rushed through the process. Later on he made sure that I was informed of everything going on with my divorce and in a timely manner. I would like to thank Mr. Turner for his hard work and dedication to my case and I would recommend him.

Would not give us an invoice

We hired this legal team for our adoption last year. We ended up firing due to the fact they were not doing their job. Received no refund or invoice of our nearly 3K. Might as well have flushed it down the can.
This review is from a person who hired this attorney.
Hired attorney

I have known James for several years and it's a honor to know him. He is a dedicated and hard working attorney. He knows the law inside and out. I endorse this attorney.

I endorse this lawyer. James Turner knows the courtroom in an out, and he will provide aggressive representation of his clients. I've seen him in court, and he doesn't back down under pressure. Yet he's always courteous, kind, and respectful.

I endorse this lawyer. Mr. Turner is always very well prepared and is extremely knowledgeable. He is a zealous advocate for his clients and I have always found him to be very professional and highly ethical.

Mr. Turner is a honest, hard working lawyer and is a zealous advocate of his clients. He has a note worthy courtroom demeaner and presence that is formidable. I always enjoy seeing him across the courtroom because I know I will have a good, clean fight on my hands that will leave me using all my skills.