Please have a look at my website (www.jeffhaynielaw.com) and call me to schedule an appointment or to ask any questions about my experience, practice areas, etc. 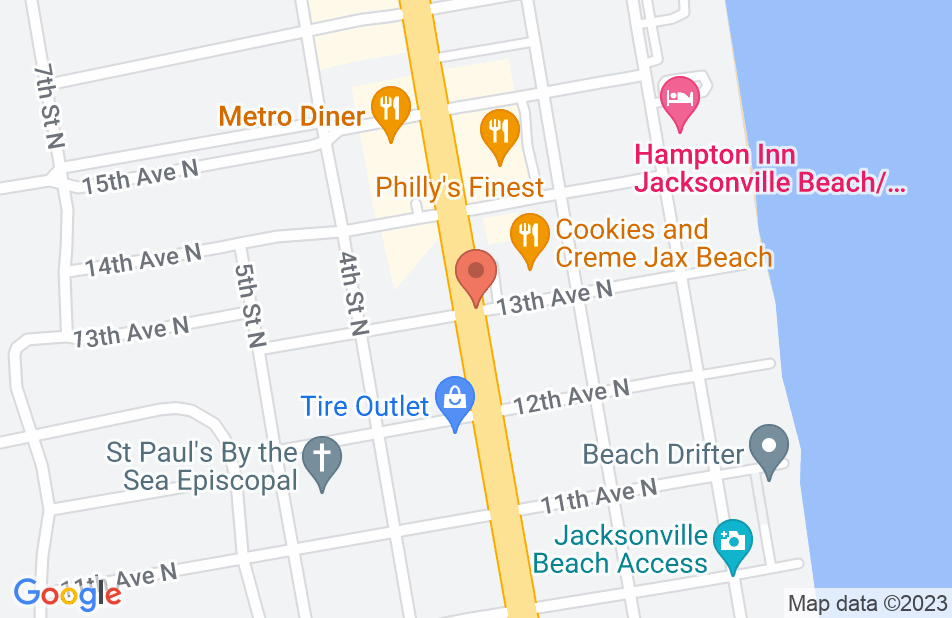 Hands Down, the BEST LAWYER I have ever encountered.

After calling dozens upon dozens of local and statewide lawyers concerning my complex legal issue with my current landlord, I was fortunate enough to find Mr. H. He was the ONLY attorney who fully grasped my legal matter in its entirety and showed empathy to our family's ordeal. While others were quick to remind me how challenging and costly my issue would be to try and litigate and only offered advice for me to "cut my losses and move on", Mr. Haynie was the beacon of hope I needed to keep fighting. After a detailed phone discussion, Mr. Haynie was able to schedule me in for an in person consult within a few days. He listened to my issues and not once did I feel that he would have anything short of my best interest in mind. Up until this point I was trying to wage my legal dispute pro se with my landlord and was getting nowhere; and probably making it worse due to my emotions. Mr. Haynie was able to help me narrow down the key issues and devise a more effective approach. I left that consultation with a very detailed action plan that I followed precisely for the next few weeks. We had every intention on retaining Mr. Haynie and pursuing the issue in court, but his advice worked so well that just a few short weeks later our landlord agreed to all of our demands! Mr. Haynie even edited our settlement agreement to make sure it was in our best interest before we signed. We cannot be more pleased with our outcome and we owe it all to Mr. H.
This review is from a potential client who consulted with this attorney.
Consulted attorney

Excellent Attorney A to Z

Jeff was referred to me by a Miami law firm. My case was against a St. Augustine new car dealership which sold a vehicle to me as "new" that unbeknownst to me, had been in a severe front end collision, destroying the hood, bumper & headlight. (I found this out 3 years later by Carfax printout at another dealership.) Jeff immediately determined I needed a professional appraiser to testify in court, in order to win my case. He later called back stating he found the best appraiser in the state. After the appraiser examined my vehicle, Jeff proceeded forward with a Demand Letter to the dealership, giving them 1 month to pay the devalued difference or we would file in court. Jeff continually exhibited a level of personal care & interest that I had not seen in other attorneys I interviewed with. He was focused on my best interest the entire time & made certain that all "T's" were crossed prior to even beginning the lawsuit. Jeff's Demand Letter was so profound, the dealership offered 1/2 the settlement within 4 days of recieving his Demand Letter. Within 7 days, we received full settlement plus Jeff's fee. I couldn't be happier with the result or his level of professionalism.
This review is from a person who hired this attorney.
Hired attorney

I was referred to Mr. H a short time ago due to an issue regarding a new vehicle purchase at a dealership (Car dealerships should be named “Stealerships”). Most attorneys would not be interested in dealing with a case like this, however Mr. H was more than happy to do so. He quickly resolved the issue for me, and at a great price. Being impressed with his quick & painless work for me, he has since worked on more business issues for me. He is now my attorney for my businesses & me personally, and I cannot say enough good things about him. He is a phone call away. If you cannot get in touch with him the first time, simply leave him a message or email him. Unlike most firms, HE responds to you as quickly as possible. When I say HE, I really mean HE actually reaches out to you (unlike some other places that advertise on TV.....). I cannot say enough good things about him, he is great to deal with. He is actually the first attorney that I have ever dealt with that I actually trust.
This review is from a person who hired this attorney.
Hired attorney