Paul was born in Detroit, Michigan in 1952, grew up in Cleveland, Ohio, and then moved with his family to Columbus, Georgia in 1968. He graduated from Hardaway High School in 1971. Following high school graduation, he was drafted into the United State Army during the Vietnam War conflict and served two years before being honorably discharged in 1974. Following his discharge from the Army, Paul attended Columbus College (now Columbus State University) and graduated Cum Laude with a Bachelor of Arts degree in 1978. Following his graduation, Paul began working full time and continued attending Columbus College to obtain an Associate’s Degree in Business Administration. Before obtaining an Associate’s Degree, he was accepted into the University Of Georgia School Of Law, graduating in 1983. He always knew that when he graduated he wanted to try cases. To prepare for this he joined the University of Georgia Law School prosecutorial clinic where he assisted the local district attorney’s office in prosecuting felonies. He also was a member of the University of Georgia mock trial team and was given the award for best litigator.

After graduating from law school, Paul was hired as an associate attorney by Billy E. Moore, one of the premier trial attorneys in the state of Georgia where Paul gained invaluable experience trying many cases with and without Mr. Moore. The first case Paul tried was a medical malpractice case only months after being admitted to the bar where a judgment for the plaintiff was obtained in the amount of $584,000.00 (against a settlement offer of $17,500.00).

In seven years of practice with Billy E. Moore, Paul handled numerous cases against railroads under the Federal Employer’s Liability Act and for crossing accidents.

In his over thirty years of practice as a trial attorney, Paul has acquired extensive civil litigation experience in the areas of railroad, motor carrier, transportation liability, motor vehicle accidents, medical malpractice, nursing home negligence, premises liability, professional malpractice, and products liability cases. He has handled dozens of cases on appeal in the State and Federal Appellate Courts, including several cases before the United States Supreme Court.

Paul has been a guest lecturer at Columbus College, speaking to nursing students on risk management, and has spoken at the University Of Georgia School Of Law on the issue of tort reform. He is an active member and contributor to environmental causes and is a life member of the Sierra Club. 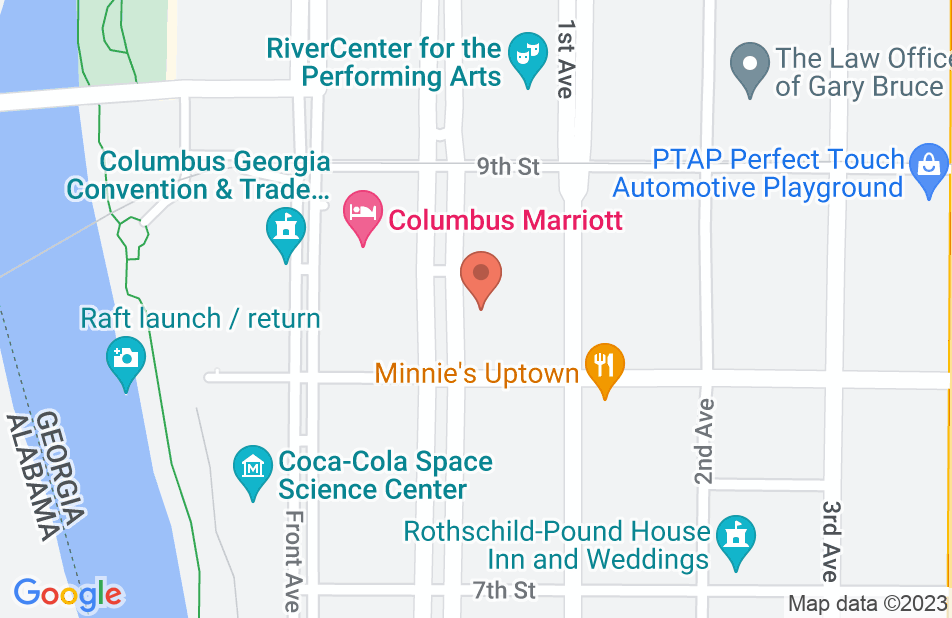 Paul recently handled a personal injury matter on my behalf. Paul and his staff were unbelievably helpful and compassionate. He was always accessible and answered every question I had very quickly.
This review is from a person who hired this attorney.
Hired attorney

I've had the pleasure of working with Paul on more than one occasion and was satisfied with the outcome each time. He is good at keeping you informed throughout the process.