DUI & Felony attorney. Former prosecutor, with extensive trial experience, who will fight for you

A former prosecutor in the Savannah District Attorney's Office, I became a criminal defense trial attorney in 2004, based in the Golden Isles. A dedicated trial lawyer over the past fifteen years, I have have spent more hours inside the Superior, State and Federal courtrooms of south Georgia than most attorneys. I have tried more than fifty felony cases in front of juries, including eight Murder trials.

Admitted to the Southern District of Georgia in 2002, I am well-versed in the Federal Sentencing Guidelines, having defeated Federal Probation recommendations for sentencing, the Armed Career Criminal Act, and have Federal jury trial experience, including a $40Million+ RICO criminal case.

I have appellate experience in the Georgia Court of Appeals, the Supreme Court of Georgia, and the United States District Court of Appeals for the Eleventh Circuit, including numerous published and cited cases.

I am dedicated to providing the best legal representation possible to protect your interests and to do everything I can to ensure that Justice prevails in your case. 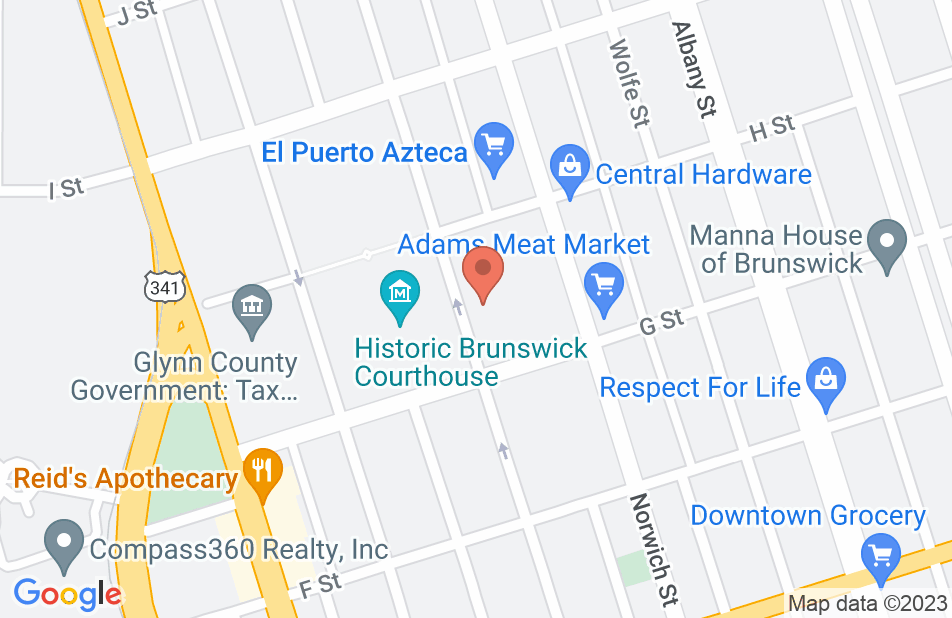 Mr. Taylor has been the attorney for my son from the beginning of his trial and is still there for him/us as a family. Mr. Taylor has gone above and beyond the duty of an attorney. I would recommend Mr. Taylor to anyone and everyone that stand in the need of a Criminal Defense attorney. He is a blessing from God above. Before when my son needed an attorney it was all about the money not my son's needs but Mr. Taylor is all about the best interest of his client. I highly recommend Mr. Taylor.
This review is from a person who hired this attorney.
Hired attorney

Mr. Chad Taylor is an amazing and outstanding lawyer. Mr. Chad starting representing my brother over a year ago. He keeps us up to date on what is happening with his case. He calls and texts to check on us. He keeps us in his prayers. He fights hard for his clients. He is very informative and attenttive to his clients and their families. He has been a true blessing to my family.
This review is from a person who hired this attorney.
Hired attorney

Mr. Taylor was extremely competent and obviously experienced in court. Because of him court was a much less stressful experience. Thank you Mr. Taylor, for all of your help. I highly recommend him as an attorney.
This review is from a person who hired this attorney.
Hired attorney

Mr. Taylor represented me and my associate during the establishment of our business partnership. His knowledge of corporate and tax law enabled us to expedite this process by minimizing the number of consultations which saved us time and money. I utilize his services whenever legal assistance is needed and have recommended him to other firms.

Mr. Taylor recently handled my divorce. He did an excellent job.

Chad Taylor has been practicing law for a long time, and has helped a lot of people in this community. He is a bear in the courtroom, and will protect your rights, no matter what. Chad takes his time and answers every question, and will explain it so you understand what's going on. I trust Chad Taylor as a lawyer. I think Chad is one of the smartest guys out there. I highly recommend Chad Taylor as an attorney.

It's very hard to get in touch with Mr. Taylor. He has not updated us on the case, he also only messages you via text or email he will not answer the phone also he is never in office. It's very dissapointing that you have to go above and beyond in a trying time in your life.
This review is from a person who hired this attorney.
Hired attorney
Michael Taylor's response: I understand that this is a trying time, and apologize for any difficulties you’ve had attempting to get in touch with me in person. I would note that the date this was posted was a Federal holiday, and that the courthouses were closed. As always, I am available by text message, to my personal cell phone number, to all of my clients. I would love the opportunity to take this conversation offline and address any concerns you have one-on-one, but due to the anonymous nature of your comment, I have no idea how to contact you. Please let me know what I can do to help you.

I've worked with Mr. Taylor on numerous cases and highly recommend him for legal representation. He is a seasoned veteran of Southeast Georgia courtrooms and he can be counted on for sound advice on even the most complicated criminal defense matters.