Robert Sneed has more than eleven (14) years' of experience in all aspects of litigation. Robert’s primary focus of practice is in the area of personal injury and wrongful death, products and premises liability, insurance coverage disputes, estates, domestic matters, general tort litigation, and corporate formation and representation.

Robert has tried numerous jury and non-jury trials, representing plaintiffs and defendants in state and federal courts in Georgia and other jurisdictions. He has appeared before arbitral forums such as the American Arbitration Association, and has successfully mediated hundreds of civil cases in Georgia.

Prior to forming McConnell & Sneed, Robert previously served as a trial lawyer with the Property Team at Swift, Currie, McGhee & Hiers, LLP, where he regularly defended the interests of insurance companies and their insureds. Prior to that, Robert was a trial lawyer at Weinstock & Scavo, P.C., where he aggressively represented the interests of his clients within Georgia and in other jurisdictions. Robert has also served as in-house counsel for Infinity Property & Casualty Company, where he defended insureds in third party civil actions and was instrumental in drafting insurance policy language in various states across the country. Robert’s diverse background in representing insurance companies, insureds, and injured parties, provides him with the unique ability to apply his experience in practicing on both sides of the aisle in effectively representing his clients.

Robert is married to Beth Sneed, a native of the Atlanta area and Marist High School graduate, and currently live in the Brookhaven area of Atlanta. Robert plays on a regular ALTA tennis team and enjoys golf and traveling. 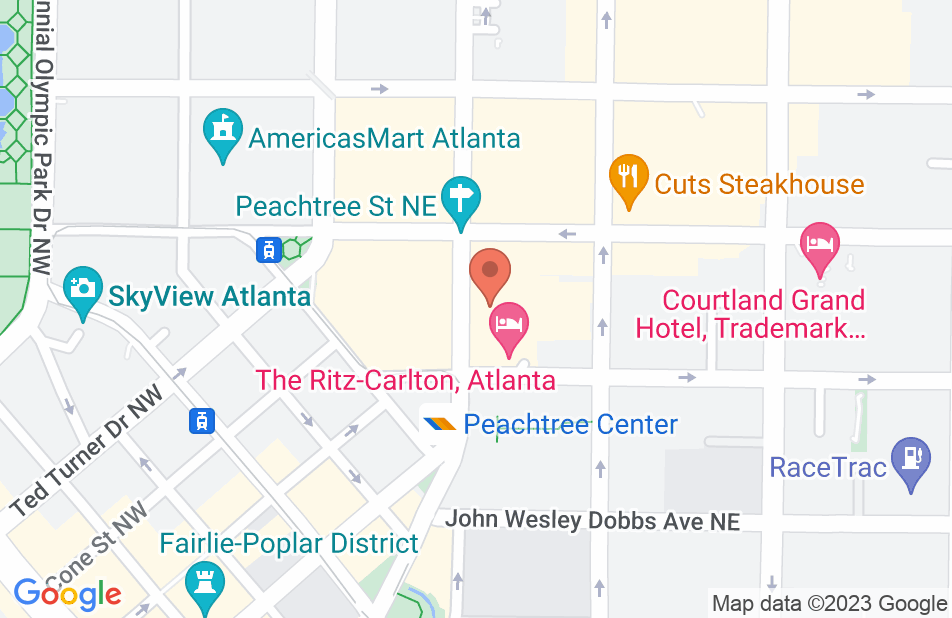 During a dispute with a Vendor we found it necessary to retain counsel, we hired Mr. Sneed and could not be more pleased! He jumped right in and began the arduous process of filing a suit...he kept us informed and educated us about the process and what to expect. His expertise and persistence was greatly appreciated. We had a successful outcome and are confident that should the need ever arise we WILL hire Mr. Sneed to represent us. He is simply the best!

Robert Sneed is a wonderful Attorney. I had automobile accident and he handled everything from start to finish. He is very thorough and did an exceptional job. I sustained some injuries during accident and he was sensitive to all my needs. I did not go out with the intention of getting rich I just wanted a fair resolution. I got that with Robert Sneed.

Best Attorney I have ever worked with in Atlanta

Loved it We used Mr Robert Sneed on a very hard case, He is working wonders, His firm is top notch, This is not some run of the mill law firm running out of some rented house, This is a Real Law Firm! Real results, Great rates, very polite, great team to do business with. We could not be happier, Would use again. This attorney knows his stuff ! You need an attorney? Call this firm, your going to be surprised at the results and the quickness and quality of there work, Mr. Sneed thanks your the best ! WWW.DWQuailGolf.com

Mr. Snead is a very dedicated and capable attorney. We need his services due to a family tragedy. We were not in a position to help ourselves he was our rescuing Angel. We had many sleepless nights and were in fear of losing our life savings, our home, and our future income and retirement. He skillfully navigated the legal issues facing us. His constant assurance and confidence served to set our minds at ease. Greatest of wall was the outcome he was able to achieve for us. We highly recommend Mr. Snead's services for anyone who needs a great attorney and an acceptable outcome to their legal situation.

This attorney handled a very difficult and delicate employment dispute with the skill and integrity that the situation required. He answered all my questions either by phone or e-mail immediately. I am eternally grateful for Rob's advice and stellar service and cannot recommend him highly enough.

I endorse this lawyer. Robert Sneed is a great lawyer and is always prepared and professional.

Rob is a truly knowledgeable and skilled attorney. I used to work with Rob and routinely sought his advice. If you're looking for a top-notch litigator, look no further.

I have known, and worked with, Rob Sneed for over 10 years. ROb is a very intelligent and hard working attorney who is truly dedicated to obtaining the absolute best results fro his clients, and I recommend her services wholeheartedly and without reservation.

Rob is a skilled advocate and fights for his clients. I highly recommend him to anyone seeking a great attorney.

Having practiced both with and against Rob, I have observed firsthand the level of expertise, professionalism, and compassion he brings to the table. Rob has become a go-to lawyer when I need to refer my own clients to a skilled personal injury litigator.

Robert is a hard working attorney who cares about his clients. He has represented both plaintiffs and defendants in state and federal courts in Georgia and other jurisdictions. Robert attended and graduated from top schools.The most well known lawyer rating service in the world has rated him at the top level of "AV". He is active in local and State Bar Associations. I lend him my personal endorsement. Howard Spiva www.spivalaw.com

I strongly endorse Robert Sneed. I've had the opportunity to work with Rob on legal matters and find him to be a highly skilled litigator with strong degrees of intelligence and integrity. I consistently refer clients to him with the knowledge that he will provide them personal attention and service that is second to none. He is an excellent attorney and I am pleased to offer him my strongest recommendation. Please contact me directly if I can provide more information.