I have prosecuted and defended hundreds of litigated matters before state courts, federal courts and administrative agencies and tried over 100 cases to verdict.

I have lectured on medical  professional liability issues, complex litigation issues and trial techniques and presented risk management and risk assessment seminars for various clients. In addition to my trial experience, lecturing and advising clients, I have served as  a mediator in hundreds of matters.

I am a National Partner and President of The Cochran Firm, Chairman of the National Firm's Executive/Management Committee and Managing Partner of the Firm's Atlanta office. The Cochran Firm has 28 offices located in 17 states.

My professional recognitions include being named as one of the "Top 100 Lawyers" in the State of Georgia by the National Trial Lawyers Association. I have earned an "AV" Preeminent rating in the Martindale-Hubbell Law Directory, the highest achievable rating given to an attorney. I have been designated a Georgia Super Lawyer by Super Lawyers Magazine from 2007 - 2018.  I was selected as a Charter Fellow of the Litigation Counsel of America and named by Men Looking Ahead News Magazine to its 2011 annual "Power List of Georgia's Most Powerful and Influential Lawyers".

In March 2012, I was inducted as a Fellow into the International Academy of Trial Lawyers (IATL).  Chartered in 1954 to facilitate the administration of justice, promote the rule of law internationally, and elevate the standards  of integrity, honor and courtesy in the legal profession, IATL limits its invitation-only membership to 500 lawyers from the United States. IATL selects only those lawyers who have demonstrated excellence in courtroom advocacy throughout their careers.  Each Fellow is extensively evaluated by his colleagues and the judges in his jurisdiction and has been highly recommended by them as possessing the qualifications for induction into the IATL.

In July 2014, I received The National Bar Association's Maynard H. Jackson Legacy Award.  The award is presented to an honoree for empowering the future and providing leadership in our communities as did the late Honorable Maynard H. Jackson, Jr.

In March of 2015 I was included on The a Lawyers of Color Fourth Annual Power List.  The Power List is a comprehensive catalog of the nation's most influential minority attorneys and non-minority legal diversity advocates, including corporate general counsel, law firm managing partners, law school deans and the highest ranking government attorneys.

In October 2016, I was selected  by America’s Top 100 Attorneys as a Lifetime Achievement recipient. Selection to America’s Top 100 Attorneys is by invitation only and is comprised of the nation’s most exceptional attorneys whose accomplishments merit lifetime recognition. This once-in-a-lifetime honor is given to less than one-half percent (0.5%) of active attorneys practicing in the United States.

In December 2016, I was elected as a Fellow by the American Bar Foundation (ABF).  The Fellows is an honorary organization of attorneys, judges, law faculty, and legal scholars who have been selected by their peers to become members of The Fellows.  Membership in The Fellows is limited to less than one percent of lawyers licensed to practice in each jurisdiction.

In February 2017, I was the recipient of the Lawyers of Distinction Award.  This certification is bestowed upon the top 10% of lawyers practicing in the U.S. and is granted based upon objective evaluation of an attorney’s qualifications, license, reputation, experience and disciplinary history.

The National Trial Lawyers Magazine in February 2017 and 2018 selected me as  a participant in The Round Table: America's 50 Most Influential Trial Lawyers, a very select group of the very best and outstanding trial Lawyers in the nation who have achieved extraordinary success in the courtroom and in the legal profession.

I graduated, with honors, from N.C. State University and attended Duke University Law School as an Elvin R. Latty scholar, graduating with a J.D. 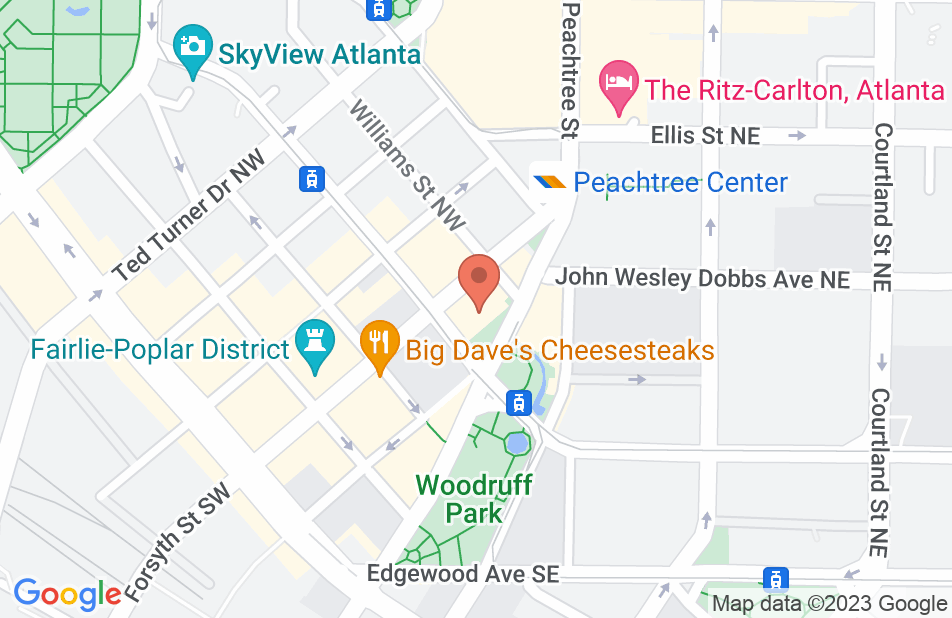 I really don't know where to begin to describe how grateful my family and I are for the service and care we received from the Cochran Firm Atlanta! Their professionalism and knowledge are impeccable! To watch Shean and Jane is the courtroom was like watching a television courtroom drama! How can we ever thank them enough for all they have done? What they did for my family was life changing and we are forever grateful!

Hezekiah is an outstanding lawyer and his reputation is unrivaled in the legal community. I endorse him without reservation.