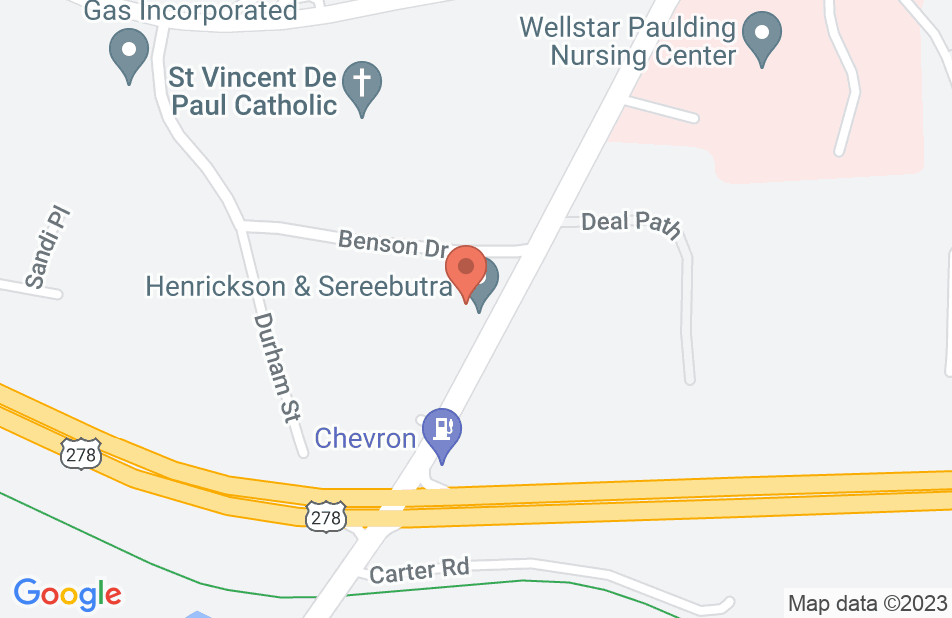 Attorney Sareebutra is one of the most approachable attorneys I have ever hired and had a pleasure of working with. He helped me with two cases that were from 2016 and 2017 and he was able to have first case reduced and the second one dismissed. He's very straight forward with his clients, he does not make promises and he delivers on his word. Anytime I needed to reach out to him, he was available whether I had to leave a message. He always returned all phone calls and he reached out via email also. I would 100% recommend him to anybody and everybody, and if I had another issue, hopefully will not happen, I would hire him in a minute. I just want to say a very heart felt thank you to attorney, Mr. Sareebutra, for everything he did for me.
This review is from a person who hired this attorney.
Hired attorney

Master of the Law!

Theo did such an excellent job to represent both my husband and I thru our case. Hi vast knowledge of the law is amazing to witness in the courtroom. I would recommend Theo to anyone wanting a good representation on their behalf. We are thoroughly pleased with the outcome of our case. Theo worked hard on our behalf and we couldn't thank him enough!
This review is from a person who hired this attorney.
Hired attorney

I very much appreciated Mr. Sereebutra's time and help. My spouse called his office while the law officers were still talking w/ me, and Mr. Sereebutra took the call right then and stayed on the line until we knew what the officers chose to do, even though there was no guarantee that we would retain his services. We did hire him, and I appreciated that he took our concerns seriously and explained without "talking down" to us. He did not promise us rainbows and sunshine, yet he did get the charges dismissed. Until that happy day, having him in our ring was a great comfort.
This review is from a person who hired this attorney.
Hired attorney

Our child was detained by the police for terroristic threats at school. We reached out to some pretty well known names/friends in the Georgia government and lawyers that we know to help us retain a lawyer with our child's case, and we were given the name of Mr. Sereebutra. Mr. Sereebutra was professional and easy to understand. He does not talk over your head and explains in detail what is happening now and what to expect in the future with your case. We walked out of his office with some relief and we let him take the wheel. We have never had any legal issues in our family before so this was scary but Mr. Sereebutra aka Theo took care of everything and assured us that this will all work out and it did. His staff was amazing and very competent and kept everything confidential since our child is a minor. We hope we don't have to recommend him to anyone we know and yet I highly recommend him to anyone reading this post. I write this with the sincerest gratitude for his work in making us comfortable and getting the best outcome for our child. From beginning to end everything was completed in 2 months.
This review is from a person who hired this attorney.
Hired attorney

A man of his word

After the case had resulted in a plea, the terms ended up being different once the sentencing started that what was originally agreed upon. Theo did not stop until he got everything corrected with the paperwork.
This review is from a person who hired this attorney.
Hired attorney

I hired Mr. Sereebutra to help me with a hit and run ticket (I was actually hit and left the scene). He was very helpful in giving me the worse case scenario and he was also very calming as I was a nervous wreck, I had never been in trouble before this and was very scared. He was actually able to get the charge dismissed and I am very pleased with his help. He will be highly recommended by me if anyone ever asks. His staff was also very kind when I called or sent emails asking questions. Hopefully I never need his help again but I would definitely call him if I need him. Thank you Mr. Sereebutra!!!! A million times over, THANK YOU!!
This review is from a person who hired this attorney.
Hired attorney

Theo really did me right. Went to court several times holding out for the right resolution for my DUI case. He got it down to a reckless driving , even with my 3 priors. Thank you , Sir
This review is from a person who hired this attorney.
Hired attorney

Hit and run was dropped. Dui became reckless driving thank god and Mr. Sereebutra as i had 2 dui's already. Explained everything to me and my wife before court as to what we were doing and the repercussions . Very pleased. Hope i dont ever need him again but if I do, hes the man.
This review is from a person who hired this attorney.
Hired attorney

We hired Theo in October 2016 to defend our grandson who was charged with numerous felony counts that could have resulted in more than 20 years in prison. Theo worked thru February 2018 and we just secured a much lesser sentence for the lad. Theo was understanding and patience thru the process and when the final court appearance arrived just last week he did a brilliant HAIL MARY PLAY which we discussed beforehand and approved. Theo was able to keep our grandson out of prison and as he was given a much lesser sentence by the judge. I truly appreciate the time and effort that Theo gave to this case and would highly recommend him to anyone who is in need of a truly great attorney. Thank You Theo on behalf of our family.
This review is from a person who hired this attorney.
Hired attorney

I unfortunately was charged with five serious charges(DUI, Reckless Driving, Disorderly Conduct, Two counts of Criminal Tresspaing), and was faced with significant fines and jail time. I was referred to Mr. Sereebutura by a family friend's lawyer. The decision to hire him was by far the best. He spent a significant amount of time explaining how serious the situation was on my initial consultation and how he felt he could challenge the situation. Again, it was a great decision and his prices were were extremely fair. Theo kept me informed on the situation during the process and was quick to take my calls if he was available or promptly called me back. During such a distraught time period, that type of professionalism is enspiriting. The end result was an extremely positive one. My charges were dropped over an extended time period of wrangling except for a Trespassing charge. I highly recommend Mr. Sereebutra's services. Thank you!!
This review is from a person who hired this attorney.
Hired attorney
See all reviews

Theo has a compassion for helping others. God has blessed Theo with the character, strength and heart to fight the good fight for those in need of justice.

Theo is a very talented attorney. Very knowledgeable as to the law and very quick on his feet in court. Consistently getting great outcomes for his clients. If I needed legal representation, I would not hesitate to call Theo.

Having worked with Theo on numerous criminal matters, I can personally attest to his thorough and meticulous approach, as well as experience and skill in the courtroom.

I endorse this lawyer. Mr. Sereebutra is a very intelligent, knowledgeable lawyer with an excellent courtroom demeanor. He has the knowledge and experience needed to be effective on any criminal case in the State of Georgia.