As an athlete for 20 years, Mike learned the benefits of hard work, proper training and being prepared for the competition.  Today, these traits help him achieve winning results for his clients.

A graduate of the Walter F. George School of Law at Mercer University, Mike is a seasoned and respected trial attorney who has represented clients in all stages of contested legal disputes including depositions, discovery, hearings, trials and appeals.  He has litigated both civil and criminal matters throughout Georgia having appeared as lead trial counsel in 47 Georgia counties.  Mike has been requested to serve as co-counsel with some of Atlanta's largest firms, and he has represented family members of some of the best known attorneys in the country.  Mike is especially proud of the fact that lawyers and judges have requested that he represent them in their own personal matters.

Courts have appointed Mike to serve as Special Assistant District Attorney, Special Master, and he has been appointed as a Guardian ad Litem for children and the elderly. Additionally, he has been rated confidentially and independently by other attorneys through the Martindale-Hubbell attorney rating process as having an exemplary reputation, a high professional standing and a well-established practice with a significant client base.  He has received the highest rating through this same process regarding his ethical standards evidencing his adherence to professional standards of conduct, ethics, reliability, diligence and other attributes relevant to the discharge of his professional responsibilities.  In 2005, the Georgia Judicial Nominating Commission recommended Mike to then Georgia Governor Sonny Perdue as being "Well Qualified" to be a Superior Court Judge in the state, and in 2015 he began hosting the radio show "Ask the Lawyer" heard in numerous states.

As a result of extensive litigation experience in courts throughout the state of Georgia, Mike believes that resolution of legal conflict by alternative means is not only valuable to the parties involved, but also crucial to the well being of our legal system. Accordingly, he received mediation and arbitration training from internationally recognized alternative dispute resolution (“ADR”) experts through Resolution Resources, Inc., and in 2008 he became certified as a Mediator and Arbitrator.  He registered with the Georgia Office of Dispute Resolution as a certified neutral in 2009 and has successfully participated in over one thousand mediations and arbitrations. 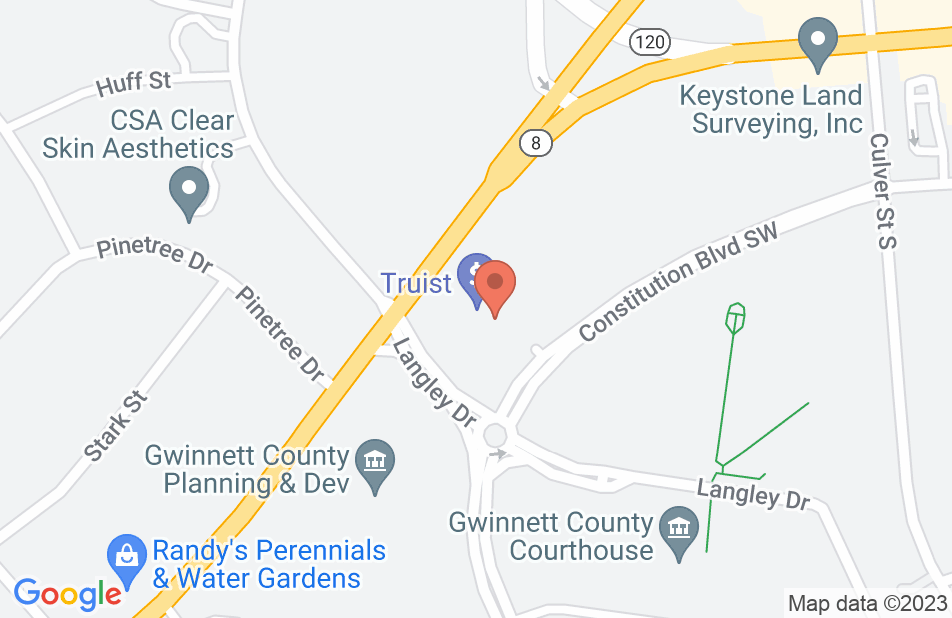 Mike Birchmore did exactly what I requested. He got me through my divorce more quickly than I thought possible. I dreaded the whole thing, but Mike was always able to "break it down" and explain everything piece by piece. Most times he would even update me before I even had a chance to ask the questions. I appreciate Mike for his professionalism, his abilities and for keeping his word with me.
This review is from a person who hired this attorney.
Hired attorney
Michael Birchmore's response: Thank you!

Mr. Birchmore represented me when I was going through a child custody lawsuit. My ex-wife died and I wanted my children, but her family tried to get them instead. Mr. Birchmore got my children for me. He also explained that the children would benefit from having a relationship with their grandparents. Eventually were able to work out our differences and the kids now go and visit when they want to. I am glad Mr. Birchmore explained all this to me. He was right.
This review is from a person who hired this attorney.
Hired attorney
Michael Birchmore's response: Thank you!

Mike helped me through a horrible divorce. That we had high dollar assets and high dollar incomes made the disposition that much tougher to achieve. Mike was there beside me the entire time. The whole firm was there for me too. Overall, I would not hesitate one second to retain Mike again for any of my legal needs.
This review is from a person who hired this attorney.
Hired attorney
Michael Birchmore's response: Thank you!

Works overtime to help his clients

Mr Birchmore helped me tremendously in understanding my case. He contacted me after hours to advise me. He is very personable and I feel very confident I made the right decision hiring him to represent me.
This review is from a person who hired this attorney.
Hired attorney
Michael Birchmore's response: Thank you!

When our family was shaken to the very center of our being by a domestic abuse problem, substance abuse and DFCS threatening to take our infant Great Grandson; we knew we needed a very special attorney to help us through this horrible turmoil and heartbreaking event. A long time family friend recommended his life long attorney (who did not practice family law) , who then recommended the firm of Meriwether & Tharp, LLC; and the Partner who started the firm suggested that we should work with Mike, because of his years of experience in working with DFCS. After meeting with Mike, we knew that we wanted for him to handle our case. We felt that with his experience he would guide us through what seemed like an impossible maze of "must do" and "better not ever do again" rules, an unbelievable number of required classes, several assessments and group therapy 3 times a week. With Mike's guidance and assistance, we have worked our way through most of the requirements, and we've been to court about 3 times now, with another court date coming up. With his experience in working with DFCS, he has been able to explain every step of the way and what we should expect. We're able to talk with him, and he's very truthful and helpful, but never judgmental or condescending. I can't say how much his consideration and being as careful with charges as is possible is appreciated. I'm also grateful we have Mike who has made us feel at ease in talking with him about such personal life situations. He has given us hope and a feeling of confidence that the Baby is going to remain with our family. What was at first so horrifying and seemed so unapproachable, now seems like a situation that we can work through successfully, and Mike's expertise and guidance has made that possible. With Mike we found an Attorney who is very competent, always honest and still an approachable human being. Anyone who has never dealt with DFCS should definitely contact Mike!
This review is from a person who hired this attorney.
Hired attorney
Michael Birchmore's response: Thank you! I'm so happy this baby will be staying with its family. Best wishes!

Mike handled my felony case that had 3 felonies. It really didn't take long at all before 2 of the felonies were dismissed. The last one ended up being a conditional discharge. The final result was no record!! This is exactly what I needed because I plan to be a doctor. Now I don't worry about being denied admission due to a criminal record. I really encourage anyone to go see Mike for any legal problems.
This review is from a person who hired this attorney.
Hired attorney
Michael Birchmore's response: Thank you!

Mike was great on my DUI charges. Friends told me about him so I gave him a try. All my charges were dropped! The same thing happened with a friend of mine. Mike just talked with all the people involved in the case. Boom. Just like that. Charges dropped. I would suggest Mike to anybody that needs a lawyer. Especially if you have a DUI.
This review is from a person who hired this attorney.
Hired attorney
Michael Birchmore's response: Thank you!

Mike defended me on a DUI. I didn't know how I was going to get out of it. I hired Mike because some friends told me he could get it thrown out without having to go to a trial. That is exactly what happened. Mike just spoke to everybody that was involved with my case. He is definitely the lawyer to use if you have a DUI charge. He's great!
This review is from a person who hired this attorney.
Hired attorney
Michael Birchmore's response: Thank you!

Mr. Birchmore represented me in a criminal matter that involved drugs distribution. Within 2 weeks, my charges were gone. Mr. Birchmore was able to convince the prosecutor that my whole arrest was a set up from start to finish. He charged me less than I would have paid given the problems I faced. Overall I would tell everybody I know to use Mr. Birchmore if they are ever charged with anything.
Michael Birchmore's response: Thank you!

I would recommend Mike Birchmore. Mike has been the closing real estate Attorney for 3 transactions in my family as well as Wills & Powers of Attorney. I feel you will find he is up-to-date on legal changes and challenges.
Michael Birchmore's response: Thank you!
See all reviews

A recent answer of Mr. Birchmore was one of the ten best answers on any subject on Avvo in more than 8 years. The language and analysis are tough, but some matters both an deep understanding of the issues and a forceful personality. I think these are the qualities that every client would look for when hiring an attorney.

I endorse this lawyer. Mr. Birchmore always has strong legal analysis on any issue, I welcome his input.

I endorse this lawyer. He has years of experience working in the area of family law.

I endorse this lawyer. Mr. Birchmore stands up for what he knows to be right and zealously advocates for his clients. He has sound, strong legal analysis and looks to resolve matters in a very practical manner. I highly recommend this attorney to anyone seeking legal guidance in criminal matters or litigation in general.

I endorse this lawyer. If you want honest, straightforward answers to your legal questions Mr. Birchmore is more than qualified to help. I have seen the kind of advice Mr. Birchmore gives and it is accurate, fair and friendly.

Mr. Birchmore is an excellent criminal defense attorney, I strongly endorse this lawyer.

I endorse this lawyer. Mr. Birchmore is a very knowledgeable and effective advocate for his clients.

.I endorse this lawyer. Mr. Michael Birchmore is a well respected attorney with the ability to give clear answers. His generosity in answering many questions on this website speaks to his professionalism and passion as an attorney.

Mr. Birchmore is a well-respected lawyer and a valuable asset to this community. His continuing dedication to the law and his clients is admirable.

I have been Mr. Birchmore on highly contested and emotional cases. He handles the issues with professionalism. He is very knowledgeable and a great asset to the legal community.

I endorse Mr. Birchmore without hesitation. He is a relentless advocate for his clients. He has that cool, calm, professional demeanor that too many lawyers have lost over the years. Mike's a great choice for any client looking for an attorney.

Attorney Birchmore exemplifies the best in our profession. He is a caring, dedicated, highly regarded, and widely respected attorney. With Michael as your advocate you are in excellent hands. I endorse this lawyer.

I endorse Michael Birchmore. He is my go-to attorney for criminal defense matters.

Michael is a respected member of the legal community. He shows his knowledge of family law and his desire to help those in need of legal representation through his dedication to providing solid answers to pressing legal questions.

Michael is an excellent attorney who provides great insights and thoughtful answers to the questions posed in this forum. I've enjoyed reading his responses and perspectives, and would feel very confident in his representation of me if I were his client!