A graduate of the University of South Alabama (Mobile, Alabama) with both his Bachelor’s Degree (1992) and Master’s Degree (1994), Ray graduated from Loyola University – New Orleans, School of Law (1998) and admitted to the Alabama Bar in 1998, the South Carolina Bar in 1999, and the United States Tax Court in 2003; Ray’s practice areas are Corporate Law, Business Organizations, Taxation, Commercial Real Estate, and Residential Real Estate.

Ray is a member of the Horry County and American Bar Associations, Alabama State Bar, and South Carolina Bar. He was awarded Certificates in Common Law; Civil Law; and International Law Studies upon graduating Loyola University School of Law (1998). Ray also holds a Master’s Degree in Public Administration from the University of South Alabama (1994).  Ray is involved with several civic organizations where he has served as general counsel to the Carolina Forest Civic Association and Coastal Carolina Student Housing Foundation.  He is the former Chairman of Deacons at Ocean View Baptist Church and has also served on the Franklin G. Burroughs – Simeon B. Chapin Art Museum’s and Classy Smiles, Inc.’s Board of Trustees and presently serves on the Board of Directors of Ground Zero serving the youth of Horry County, South Carolina.  Recently, Ray has been asked to both serve in a foundational capacity and board capacity for the newly forming Sweet Home Mentoring organization which will be forming to serve as a mentoring service for youth that need positive role models in their lives. Additionally, he serves the community in other various volunteer capacities whenever possible whether it be in his daughter’s classroom, the Ocean Bay Middle School PTO and Carolina Forest Performing Arts Academy (CFPAA), various church committees, or other civic groups, as well as occasionally playing as a utility infielder for the South Strand Storm in the NC/SC Adult Baseball League. He is married, and has one very active daughter who currently dances competitively at CFPAA.

Ray was elected to serve as the District 3 Representative to the Horry County School Board in November 2014 and will serve in that capacity representing portions of the attendance areas of Carolina Forest and Myrtle Beach through 2018.

Ray is licensed in both Alabama and South Carolina. 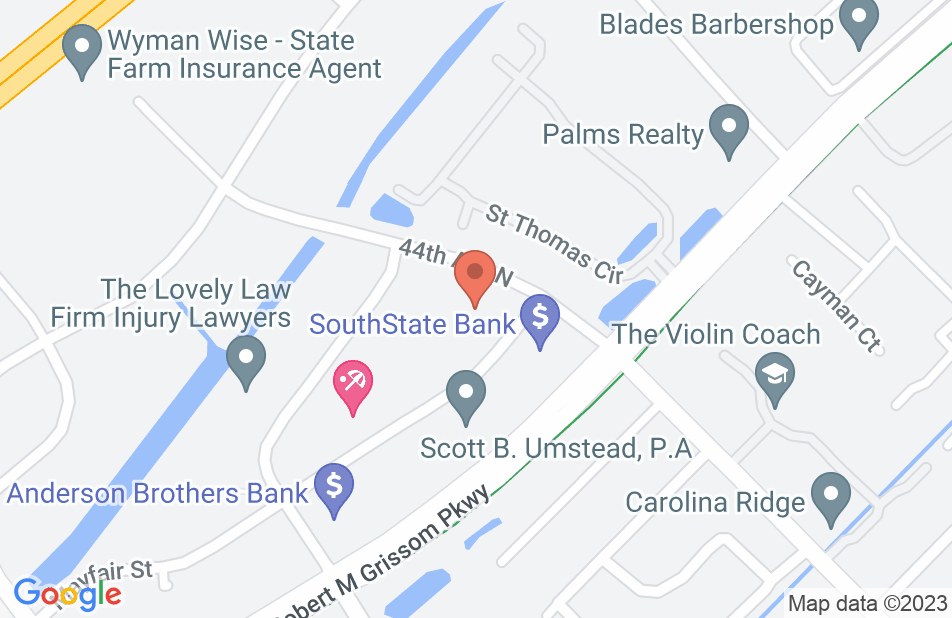 The office receptionist is very pleasant and made me feel comfortable. Mr. Winters carefully went over each item and did not mind clarifying information…over and over. I never felt rushed or as though I had unanswered questions. The office is flexible with scheduling and the business I was there for was quick and problem-free. Mr. Winters’ costs are extremely reasonable. As someone who is nervous about everything and anything, I can honestly say, Mr. Ray Winters and Pam went out of their way to make me feel at ease. Highly recommended
This review is from a person who hired this attorney.
Hired attorney