As co-founder of The Hanzel Law Firm and former active duty JAG officer for the United States Navy, Lauren Hanzel has helped numerous civilians and servicemembers through drafting their wills and estate plans, handling consumer issues and SCRA matters, working with families through complex legal issues, and handling criminal defense issues. Along with her husband Michael B. Hanzel, Lauren’s goal is the assist and serve servicememebers from around the world. As a civilian lawyer, she provides clients with the independence they cannot find in active duty military lawyers. She also helps those who are not in the military with their legal issues in and around the Greater Charleston, South Carolina area. Lauren is a member of both the U.S. Supreme Court and Maryland State Bar. To learn how Attorney Hanzel can help you, contact the firm today. 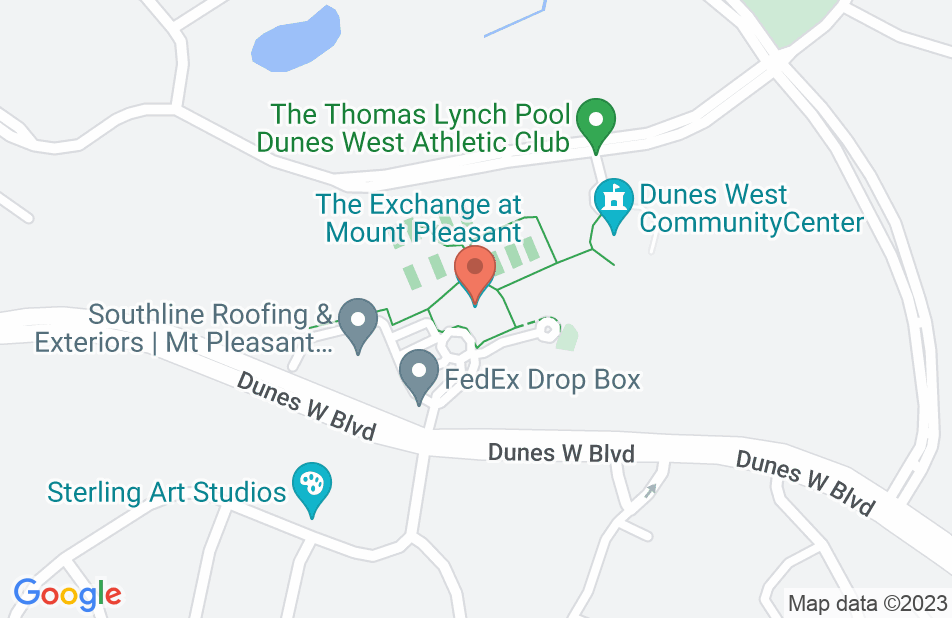 I am still in awe that I finally have my life back after living through two years on rollercoaster of emotions... First off, I would like to thank my Lord and Savior Jesus Christ, for without him I would have never met my beautiful wife. And secondly, I would like to thank my beautiful wife Kelia, for without her I would have never found my heroes, Mike and Lauren Hanzel.. In February of 2019 I was ordered back to Ft Bliss to further speak to CID about an alleged rape that had occurred 9 years earlier. And I use the phrase "further speak" because yes, I had previously given CID a statement. I'm a civilian police officer who knows better than to give a statement, however I believed that once my story was out then I would be vindicated, which I was. However, due to the climate of rape in the military it was reassigned to another trial counsel who wanted me to give another statement something I was not going to do. So I immediately looked for a lawyer in downtown El Paso and I found a guy who was familiar with the UCMJ. I wrote him an email and he called on a Sunday. I explained my situation and he then gave me the best advice, come here and be a great Soldier. Don't give "them" any ammunition against you. I arrived back at Bliss on February 24, 2019 and I was immediately assigned to CRC with other "legal" holdovers. Which is where I sat doing busy work. On May 10th I was told that I was being put on UCMJ orders on May 13th after my deployment orders ended on my 12th. Then on May 14th I was informed by the Commander that I was now authorized to drive a vehicle and to drink alcohol, privileges that were available to Soldiers that were charged with a crime which at the time I had not been. I must admit that I was broken after that. I called my wife, then fiance, and cried while telling her the news. She was very comforting. Then after the conversation ended she got to work. I'm not exactly sure what she "Googled" but she came across a list of lawyers who advertised for Military Court Martials. She screened the list then sent me a link to Jag Defense and told me to read about the lawyers and to read some of the testimonials. I was very impressed especially since my original lawyer wasn't rocking the ship so I decided to call. After speaking with a secretary of some sort, Lauren called me back and I gave her the back story. I was then contacted by Mike and we agreed to work the case. He then contacted Ft Bliss and advised them that he was now representation. While I was waiting, Mike made several attempts to speak with the trial counsel. Some attempts were answered while many were ignored. Then in August, Mike and My wife wrote the Commander who responded that I would hear something really soon which led to two charges being preferred against me days later. During a Article 32 hearing, Mike successfully had one charge get recommended for dismissal however the base commander disagreed with the preliminary officer and brought it back. Then at a motion hearing in January, he was successful in getting the other charge dismissed and this time it stayed dismissed. Trial was then set for 9 - 11 March for the remaining charge. All I can say is Mike is masterful at what he does. He was so amazingly calculated during his questioning of the alleged victim and while making points to the members of the jury panel. His delivery is nonthreatening. His poker face is unreal. He is the best in the business. When your life is on the line it's easy to get nervous and to ask stupid questions. And Mike would smile and just answer the question. I had to respond with a "let me just shut up and let you work your magic." Which is what he did. Mike and Lauren together are unbelievably magical, they gave me my life back and I will forever be in debt to them. To Mike and Lauren: You gave me my life back, you gave my wife her husband and my boys their father. We will forever carry a special place for you in our hearts.
This review is from a person who hired this attorney.
Hired attorney

Confident, detailed, and comforting throughout the process

I contacted Hanzel Law firm in July of 2019. After explaining the SHARP accusation against me and all of the details of my situation Lauren immediately had a game plan of what could be done for my defense. After hiring the firm, Lauren went into action gathering character letters on my behalf. She was very diligent in staying on top of getting these submitted as soon as possible. During this three month ordeal I had a lot of stressful times but speaking with Lauren over the phone or through e-mail I was instantly put at ease knowing that she had everything under control. Although it was hard to hear at first she did not sugar coat what the worst possible outcome could be. Although, she did not dwell on that and stayed focused on the best possible outcome. Having served in the Armed Forces Lauren was very aware of the UCMJ and Court Martial system which was very comforting and made me feel confident that she knew the right steps to take. In the end the accusations came back unfounded with favorable action for me and my flag was lifted.
This review is from a person who hired this attorney.
Hired attorney

I reached out to the Hanzel Law Firm in August for consultation in reference to my security clearance. They gave me the best information to use moving forward w/ my hearing. I then circled back closer to the time of the hearing and the information given in August showed itself true along w/ new advice given. They couldn't go with me to the scheduled hearing per me waiting too late to get back with them, however, they still took the time out to give their professional guidance about my case as well as their recommendations...The recommendation led to, more likely than not, the obviating the need of a hearing all together after the contiuance request (recommended by the Hanzels) was granted. Giving me more time to apply the knowledge and advice that was given to me by The Hanzel Firm. They didn't have to take the time to advise me, however they did and that spoke volumes. When I first reached out the most impressive thing was that weren't trying to just get money from me. They showed that they cared about me the person then as well as when I reached back out the second time. Needless to say, I hope I'll never have to contact them again for any clearance reasosns. However if I ever need representation for a clearance matter, I MOST certainly will be using them. Their Professionalism, Extensive Knowledge, Advice and...Kindness, per my experience, is second to NONE!
This review is from a potential client who consulted with this attorney.
Consulted attorney

highly intelligent, Sharp-witted, able, clever, fearless, and gifted in and out of the courtroom.

When accused in the military everyone will turn their back on you. You need an experienced attorney. Lauren Hazel represented me on two separate occasions. An Article 32 and ADSEP clearing my name and exposed the real truth. Saving my over two million in retirement income and benefits. I will continue to serve thanks to her hard work. Lauren is highly intelligent, Sharp-witted, able, clever, fearless, and gifted in and out of the courtroom. She is very personable and is always just a call or email away. To some lawyers your just another case. With Lauren Hanzel you will always know that she is working for you. She was able to articulate every step and every aspect of what was going to happen next. I’m forever grateful to her !
This review is from a person who hired this attorney.
Hired attorney

Lauren is a fantastic advocate. For years, she taught military attorneys how to prosecute and defend an array of matters. Your case is in good hands with Lauren.

Lauren Hanzel is one of the most detail oriented attorneys I worked with at the Navy JAG. Her vast experience as a legal assistant attorney and command attorney gives her great insight into the variety of civil and military law issues that members of the military community face.