David grew up in the small town of Ahoskie, North Carolina, in the eastern part of the state. After finishing high school, he studied architecture at the University of Virginia in Charlottesville. While there, he developed an interest in aesthetics, form, proportion, and design. All these things are instrumental in David's law practice, which, he believes, are to his clients’ advantage. After finishing college, David moved to Charleston, South Carolina, where he spent several years doing freelance architectural renderings and enjoying the beauty of the Lowcountry.

After living in Charleston, David shifted gears to attend law school. He saw the law as an empowering opportunity to help others better their lives, so he moved back to his native North Carolina to attend law school at the University of North Carolina. While in school, he developed a particular interest in federal taxation, bankruptcy, and family law. David discovered how much statutes, codes, and regulations fulfilled his need for order and exactitude.

Following graduation from UNC, David worked in the chambers of the Honorable Linda Stephens with the North Carolina Court of Appeals. He particularly enjoyed the academic nature of the appellate court. After his stint with Judge Stephens, David clerked for the Honorable Randy Doub with the U.S. Bankruptcy Court in the Eastern District of North Carolina. His work with the state and federal courts prepared him for work in the private practice context where he has done exclusively bankruptcy and divorce law.

During his time in private practice, David worked at firms both in Charlotte and in the Triangle. He advised clients on a wide range of legal topics, including determining which paths a prospective consumer debtor should take when contmeplating filing for bankruptcy, assessing and dividing the marital estate, understanding post-separation support and alimony, and negotiating child custody. Additionally, David has experience with the nuances of the Mecklenburg County court and corresponding local rules. His work in private practice and in the court context has honed his legal writing skills—an indispensible part of client representation. Drafting, editing, and finalizing correspondence to opposing counsel, consent orders, court pleadings, and other out-of-court settlement agreements are central to resolving client matters effectively.

Currently, David continues to focus his practice primarily in the areas of consumer bankruptcy and family law. Numbers and spreadsheets are a central and fulfilling part of his legal work. Lastly, David's practice is focused mainly in the Mecklenburg County area, but he will also work throughout the state when needs arise. So, please, do not hesitate to contact him. If he is unable to help you, he is more than happy to offer other options and other lawyers. 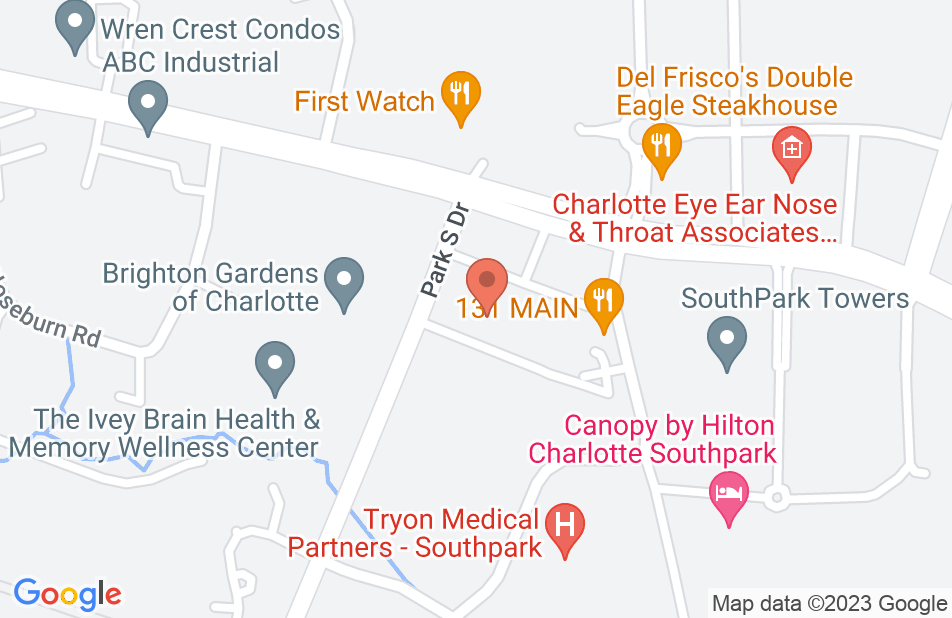 David was the absolute best lawyer for me as I began the divorce process. I knew this with his opening line, “I only do amicable divorces.” He even recommended a lawyer for my ex- husband who he used. David was always the voice of reason, and I have only the highest regard for his character and ethics.
This review is from a person who hired this attorney.
Hired attorney

Extremely knowledgeable , professional , courteous , and got the job done.!! Response times via email were almost immediate day or night. Also, what I found most important when searching for legal advice..is honesty !!! David went into great detail of what my charges would be following our consultation . So there were no surprises ! The amount of work he did for the charges was extremely fair . I have since recommended him to several of my friends ....a rare find in the legal profession !!

I endorse this lawyer. David is smart, tenacious and hard-working. He is a zealous advocate for his clients and a great attorney to work with. I would highly recommend him for any family law matter.

I highly endorse David in the areas of collaborative family law and bankruptcy/debt law. I have worked with him in family law matters and he is very conscientious, well-versed and detail-oriented. He is particularly skilled in financial matters. He works towards resolution in an effective manner and has his client's best interests at heart.

I am impressed with Mr. Herring's thoughtful advice and answers to legal questions on Avvo. He has an in-depth understanding of the law and an ability to communicate legal concepts clearly and effectively. I endorse this lawyer!

David is very personable and cares about his clients. David represents his clients with just the right amount of compassion and tenacity.

David is a conscientious attorney that truly cares about obtaining the best result for his clients. David will get the job done and help his clients move forward with their lives in a positive manner.

David is a compassionate and dedicated attorney who is an asset to the family law bar. I enthusiastically endorse him in all areas of family law, including divorce, separation, custody disputes and collaborative law.

I have a high level of respect for David. He is hard-working, knowledgeable, compassionate, and, most importantly, unequivocally ethical. He is extremely responsive, which is always appreciated as opposing counsel and it is evident that he genuinely cares for his clients. It is my pleasure to endorse David as a colleague.

I had the pleasure of working with David during our time at Arnold & Smith, PLLC. He is congenial, meticulous, and confronts each issue systematically,...all traits which make him easy to work with and ultimately help his clients achieve a positive result. His legal acumen is top notch, and I therefore would gladly endorse him to anyone.

David and I were opposing counsel on a matter. I found his representation of his client to be thoughtful and courteous. I have no qualms about recommending him to anyone.

I strongly endorse David as a smart, tenacious and compassionate attorney who truly makes his clients' best interests a priority.

David is courteous, professional, and works hard for his clients.

I endorse this lawyer. David is conscientious and thorough in every project. His clients benefit from his detailed-oriented approach to reviewing files and strategically developing solutions.